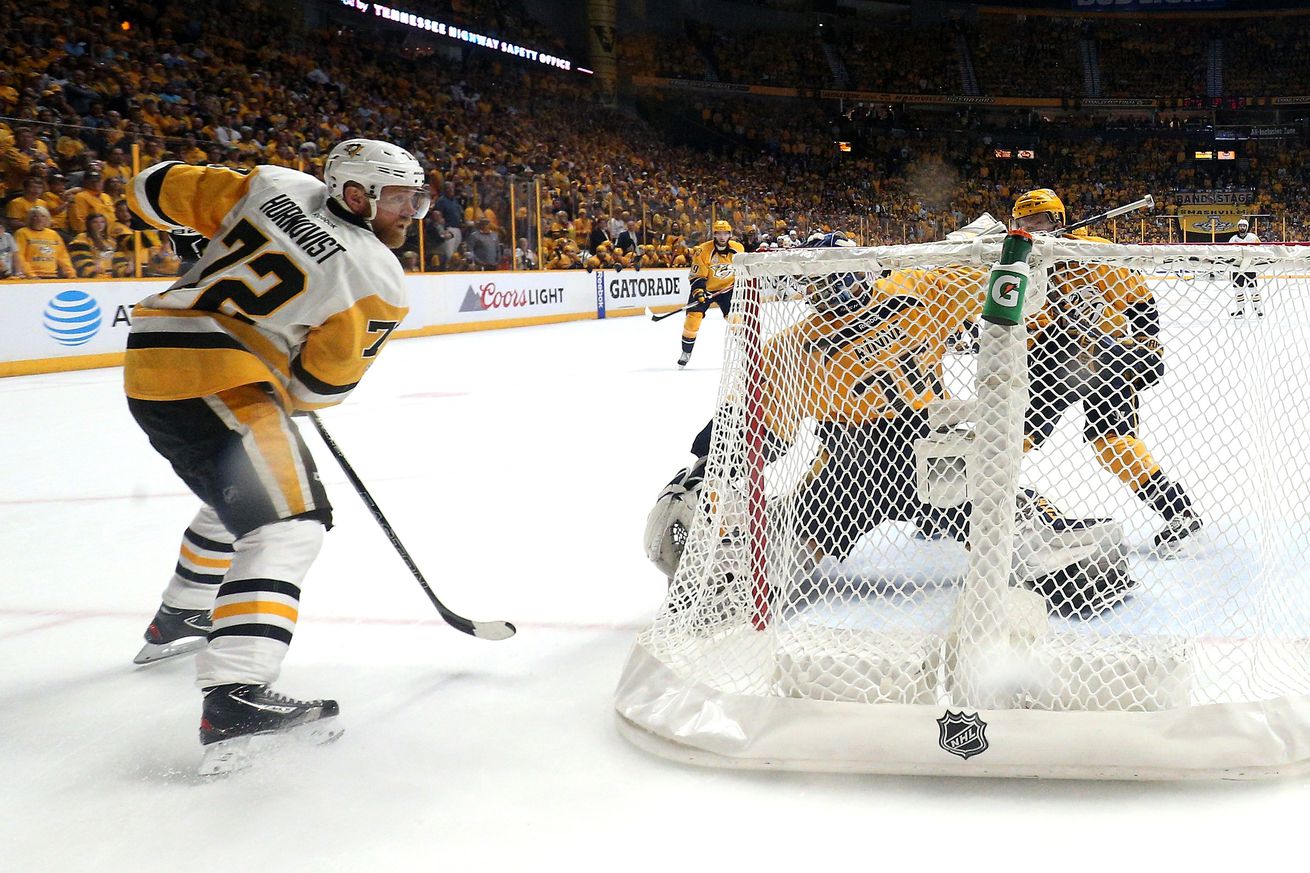 The Penguins winger was traded to Florida on Thursday after spending six years with the team and winning two Stanley Cups.

They say all good things must come to an end — and for the Pittsburgh Penguins and Patric Hornqvist, that was no different on Thursday.

Hornqvist was traded to the Florida Panthers in exchange for Mike Matheson and Colton Sceviour.

After spending six seasons with the Penguins and winning two Stanley Cups, Hornqvist was dealt as GM Jim Rutherford searches for ways to re-tool his hockey team on the fly.

Hornqvist’s acquisition in the summer of 2014 happened at the very beginning of Rutherford’s tenure as GM — and it was a move that signifying the Penguins were looking to change their culture. The talk was about character and Hornqvist brought it on a regular basis.

Aside from the analysis of what the trade does for the Penguins on the ice, or what the trade does or doesn’t do for their chances to contend for another Stanley Cup in the 2020-21 season, I’d like to just take a moment to remember some of the best moments of Hornqvist’s time in Pittsburgh.

In no particular order, and surely not a comprehensive list, here are just a few.

The Penguins had lost eight straight playoff games that went to overtime stretching from 2013 to 2016. Up 2-1 in their second round series with the Capitals, the Penguins were looking for a spark.

Hornqvist’s goal up the Pens up a commanding 3 games to 1 on their rival, and many consider the 2016 Presidents Trophy Caps’ team that went 56-18-8 in the regular season for 120 points to be the strongest and most talented group they had. Had Washington scored in OT, that series would the tied at two games a piece, and perhaps ended differently than the six game Pittsburgh series win.

A bounce here or there can change everything, and I’m sure Mike Weber still thinks about this.

A tied 0-0 Game 6 in Nashville in the Stanley Cup Final was lasting forever and it truly felt like it was going to take something special or something goofy.

This may qualify for both categories.

In 2016 in the first round against the Rangers, Hornqvist came to play, scoring his first career playoff hat trick.

We’ll let the photos speak for themselves.

In December 2018, Hornqvist scored three goals in 2:47 against the Avalanche.

To make it even better, the Penguins held a hat promotional giveaway for this game, and so many of those hats ended right back on the ice. Fans barely had a couple hours with their souvenir.

Personally, Hornqvist is one of the easiest Penguins players to root for that I can recall. He always was giving his very best, agonizing goaltenders and defenders in front of the net, creating chaos, and his motor was always going. I will be rooting for him wherever he goes, whether Florida is his final destination or if he ends up elsewhere.

What are some of your other favorite Hornqvist moments?