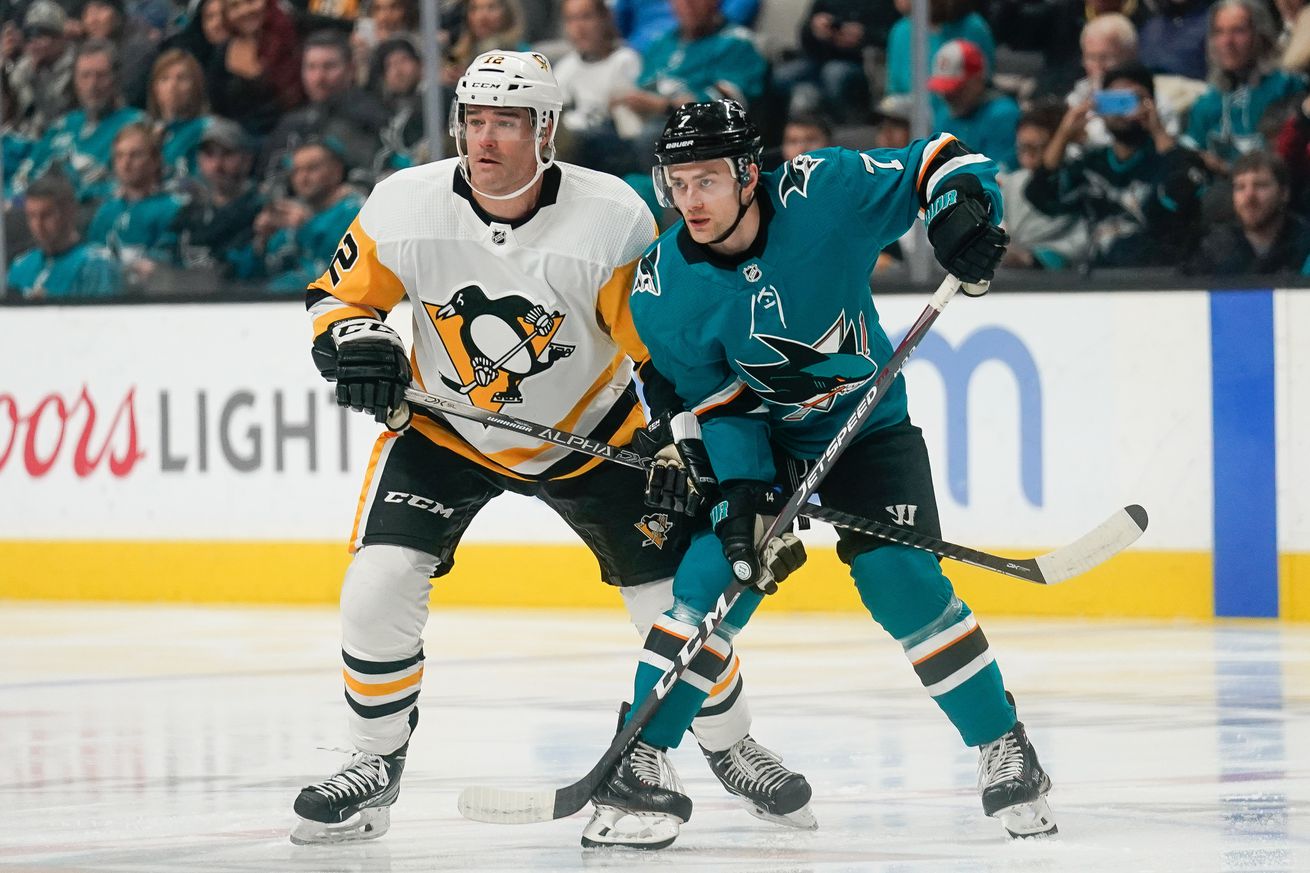 Over a two week stretch in February the Penguins added four NHL forwards in three separate trades to acquire Jason Zucker, Patrick Marleau, Conor Sheary and Evan Rodrigues. Two NHL players were moved out in Dominik Kahun and Alex Galchenyuk, as well as a few future assets (a 2020 first round pick, a conditional 2021 third round pick and prospect Calen Addison).

It’s only been a few games and the ultimate determination of whether these moves well help push the Pens to glory this spring, or go down as footnotes is still to be determined. But what’s the fun in not looking at immediate fit and performance?

The Pens’ biggest trade really couldn’t have worked out much better. Zucker has been a tremendous add to Pittsburgh’s top line and has fit in well playing with Sidney Crosby.

Despite joining the Pens at a time where their goal production was the worst stretch of the season, Zucker has added a lot. He’s rang up 11 points (6 goals + 5 assists) in 12 games in a Pens’ uniform. He’s also hit two posts and been close to even more! Nine of the 11 points have come at even strength, making him a very welcome contributor at a time the team needs it a lot.

Zucker’s best season in Minnesota, 2017-18, saw him score 64 points (33G+31A). But other than that, he’s mostly been in the 40ish point range at the end of the season. It’s not the largest sample, but 12 games in, there’s no real reason to believe Zucker can’t perform more towards his high-end career marks while playing with the Pens.

Pittsburgh needed a top-line winger add to replace Jake Guentzel this spring, and Zucker has proven to be a tremendous add — especially looking around the league at trade prices like Blake Coleman (who has no goals and one assist in six games with Tampa).

Marleau was used as a third line winger for a few games, then has shifted up to Evgeni Malkin’s line, playing about 15 minutes a game. It looks like Marleau is settling in, after only recording two total shots on goal in his first two games with the Pens, he’s bumped that up to seven shots in the last three games.

Like Zucker, Marleau’s dealt with some bad luck and has hit two posts in just five games with the Pens, including sending a puck on target and hitting the post about as square as possible. With more chances will hopefully come some results for the 561 career NHL goal scorer.

Overall, Marleau is bringing what the Pens wanted and needed. He’s played on the second power play, but he’s also added 1:57 per game so far on the penalty kill. And, though again with a small sample disclaimer, the opposition hasn’t scored while Marleau’s been on the ice in 9:46 total of 4v5 time.

While that doesn’t seem hugely significant, the Pens have had to weather injuries and illnesses to important PK’ers like Zach Aston-Reese and Brandon Tanev as of late. Adding Marleau has meant a capable option to throw into the mix.

Sheary’s boxcars haven’t popped immediately (1G+1A in five games) but he has looked pretty dangerous at times as he re-integrates himself back on the Crosby line. Given that Simon went cold himself on that line, the Pens need a third wheel that can move the puck and ideally convert on some of the quality chances that are created.

The jury is still out on if Sheary can provide that — and he only has nine shots on goal in five games, ideally he’s putting more pucks on target. But, he’s still new and playing with Crosby can’t be a simple transition from playing in Buffalo. Sheary will get more time to show if he can get back into his 2016-17 form where he was a tremendous benefit with Crosby on the top line.

Definitely one of the most interesting players, and a versatile one too. By his fourth game with the Pens, Rodrigues had lined up at time playing all three forward positions of LW, C and RW. He’s only averaging 10:24 a game with the Pens, but also has joined the PK rotation playing almost 2 minutes a night there. That might not sound like a lot, but considering recent fourth line players like Andrew Agozzino and Anthony Angello were getting 5-6 minutes a game, almost doubling the amount of TOI from the fourth line is a big show of faith from the coach.

Rodrigues has no points with the Pens, but has done a ton right (again, in a small sample). His 67.1% Corsi For% is off the charts. High Danger Scoring Chances are 10-1 Pittsburgh at 5v5 while Rodrigues has been out there. There haven’t been any goals, which may be bad luck or may be a sign that a player with 26 career goals in 197 NHL games just doesn’t have a lot of finishing upside.

Either way, Rodrigues is playing a small but important role very, very well so far. He doesn’t start in the offensive zone much, but the puck ends up there often. He doesn’t allow much at all for the other team while on the ice (making him a big improvement over the Galchenyuk days of the fourth line).

Overall the Zucker trade looks like a home run that should help the Pens for years to come as a smart, speedy winger who has shown he has the hands to keep up. The Marleau addition and impact on and off the ice is lesser, but still potentially meaningful. Sheary is a work in progress that will need to show results in his role. Rodrigues is uncelebrated but has been quietly doing a lot of little things well.

All that combined and it looks like a very fruitful deadline for the Pens, who did well to strengthen and deepen their injury-depleted forward group in ways they badly needed.