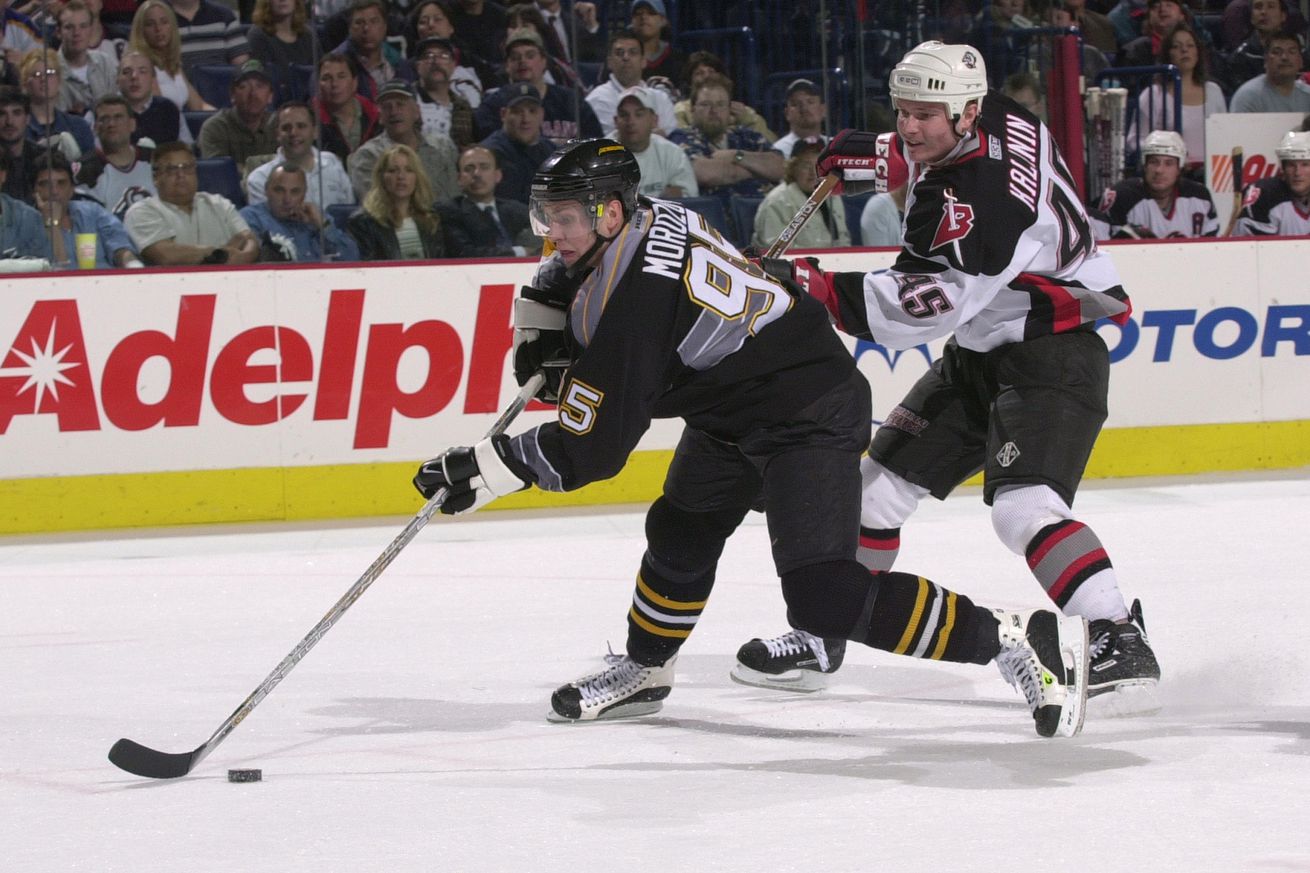 If he had started his career a couple of years later or returned following the 2004-05 lockout Aleksey Morozov could have been a star.

This is a thought that has always rattled around in my head, and it was brought back to the front burner this weekend when I read Hooks’ post on the Penguins’ Russian World Cup of Hockey team and saw Aleksey Morozov featured.

If you were to hop into a time machine and go back to Morozov’s Penguins career you would probably find that he was a focal point for criticism for not becoming the star player he was supposed to be.

In some way, it was an understandable position.

He was a highly touted first-round pick, and for years we kept hearing about how he was always the best player not playing in the NHL. The hype machine was always working at full capacity when it came to his arrival in the NHL, and by the time he finally made his debut the expectations were at what was probably an unreachable level.

When he inevitably did not meet them, he was mostly written off as a disappointment.

Looking back at Morozov’s NHL career and you see pretty marginal numbers.

His 82-game averages were 15 goals and 40 points, which is nothing to really go wild about.

But you need to keep a few things in mind with those numbers.

The first is that he was playing his entire career in what was the absolute worst goal-scoring environment in NHL history. The late 1990s and early 2000s were the low-point for creative, offensive minded hockey. Everything was about the neutral zone trap, clutching and grabbing, and slowing the game down to a crawl. It was not fun to watch. At all.

The second is that it took Morozov a few years to really start to hit his stride in the NHL.

The 2001-02 season was when Morozov really started to emerge as more of an offensive threat with rapidly improving numbers.

When you look at his performance from the 2001-02 season through the 2003-04 season his per-82 game averages jumped up to 22 goals and 60 points. Among forwards that played at least 100 games during those years his point per game average was 69th in the league. That is easy top-six production, and borderline top-line production.

Now, part of that was almost certainly the result of playing a lot of time next to Mario Lemieux (remember the Lemieux-to-Morozov connection? It was great!). But there is also the fact that he really did have an opportunity to play more meaningful, consistent minutes, get power play time, and play to his skill.

My big what-if with Morozov is what would have happened had he he returned after the lockout, or if he had simply started his career a couple of years later and had a chance to play in those early post-lockout years. His talent level would have been a perfect fit for that era of the league and I just wonder what he could have been capable of with Sidney Crosby or Evgeni Malkin.

But there is also what he did during his career in the KHL.

He was one of the most productive players in the league, and even though the numbers will not 100 percent translate to the NHL you can still get a sense for what they mean. When I look at his production and compare it to what players like Artemi Panarin, Alexander Radulov, Evgenii Dadonov, and Nikita Gusev did in the KHL before coming to the NHL it makes me think Morozov could have been a 25-30 goal, 60-70 point winger playing in the right era.

Am not really sure Morozov would change much about his career. He ended up being one of the best players ever in the KHL, won a couple of championships in that league, won a bunch of medals for the Russian National Team (Gold at two World Championships, a Silver in the Olympics, Bronze in another World Championship) and is now, quite literally, the president of the KHL now.

Still though, it is a great what-if for what he could have been in the NHL and what would have happened had he stayed a little longer or returned for the 2005-06 season.