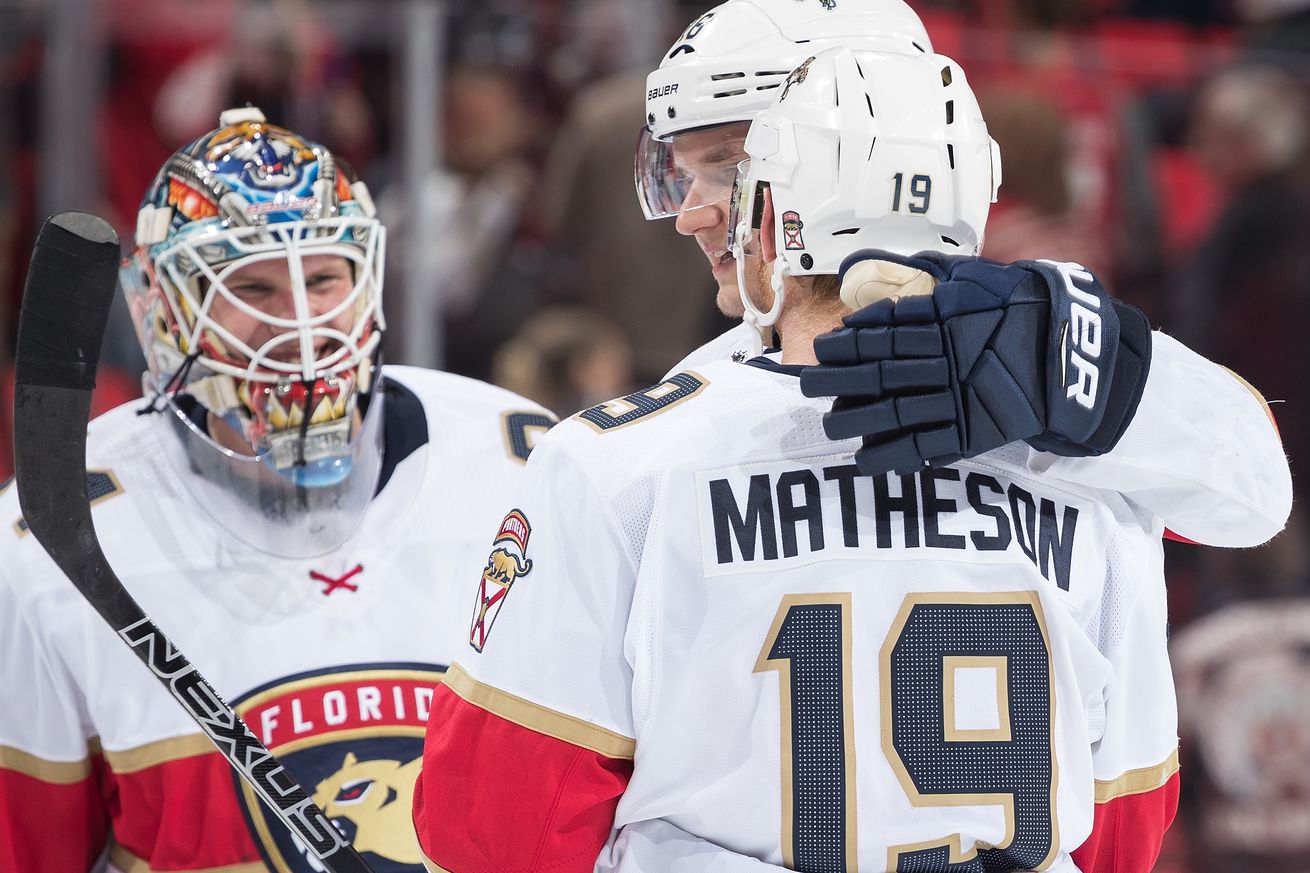 There are only so many spots that need filled.

Out of all the questions surrounding the Mike Matheson trade, one of the biggest questions, if not the biggest, is where will the 26-year-old defender play when he arrives in Pittsburgh?

The shortest and maybe most obvious answer is the bottom defense pairing. But that brings with it more questions than answers in itself.

A Lot of Lefties

Matheson is joining a Penguins defense corps already consisting of Brian Dumoulin, Marcus Pettersson, Jack Johnson, Juuso Riikola, and prospect Pierre-Olivier Joseph, who is still waiting in the wings down in Wilkes-Barre. And all of those players are left-handed defensemen.

That is a ton of left-handed shots, an unnecessary amount, which makes this trade that much more confusing. Out of all the places where the team needed an upgrade, I never thought left defense was a primary concern (outside of Jack Johnson, of course).

Matheson could play on the right side as well, although for being primarily a left d-man, the change to playing on the off side could be a challenge. Some players can handle it, others simply can’t. Plus, history shows that Mike Sullivan prefers the left-right combination with his defensemen.

Matheson has an absurdly bad contract for the position the Penguins are in right now. He has six years left on his current eight-year deal with a cap hit of $4,875,000. Hypothetically, having Matheson play with Jack Johnson on the bottom pair would result in a combined $8,125,000 cap hit for the third defense pairing. That is terrible salary cap management on the part of the Penguins’ front office. You simply shouldn’t be paying below replacement level players that kind of money for the position the players and team are in.

Jim Rutherford outwardly said the Penguins will very likely not spend to the salary cap ceiling this year due to the pandemic, all the while still keeping an eye towards free agency and wanting to be an active player in that market. Trading away Patric Hornqvist and adding Mike Matheson and Colton Sceviour leaves the Penguins with $6.1 million in cap space while still needing to sign RFAs like Dominik Simon, Sam Lafferty, Anthony Angello, and one of Matt Murray or Tristan Jarry.

The trading of Hornqvist presents another wrinkle in the decision-making of Jim Rutherford. While he added two contracts to his squad, Rutherford is showing no signs of slowing down when it comes to roster transactions. The glut of defensemen means more players are going to be moving on from the black-and-gold.

Marcus Pettersson has a cap hit of $4,025,175 for five more seasons. Jack Johnson is locked in for three more years at $3,250,000 per year. These seem like two contracts that may have to be moved to free up cap space and fix this logjam.

On the flip side, the addition of Sceviour could mean the end is near for someone like Zach Aston-Reese. Throwing ZAR and his $1M cap hit into a larger trade is a very real possibility at this point.

But interestingly enough, in a new development to the off-season, comments made yesterday from Rutherford on the Mark Madden Show may be pointing to the end of Jack Johnson’s time here in the ‘Burgh. While nothing is official until it’s official (the Matheson trade being a prime example of that), hearing Rutherford himself say that Johnson’s place in the lineup is no longer secure has to be a welcoming sight to the eyes and ears of Pens fans.

The next ten-to-fourteen days will bring with them a much clearer vision on where the Penguins stand heading into 2020-21.

This is rapidly becoming one of the more intriguing off-seasons in recent memory for the Pens, and Jim Rutherford is far from done toying with his team.

Is that a good thing or a bad thing? We have to wait and see.