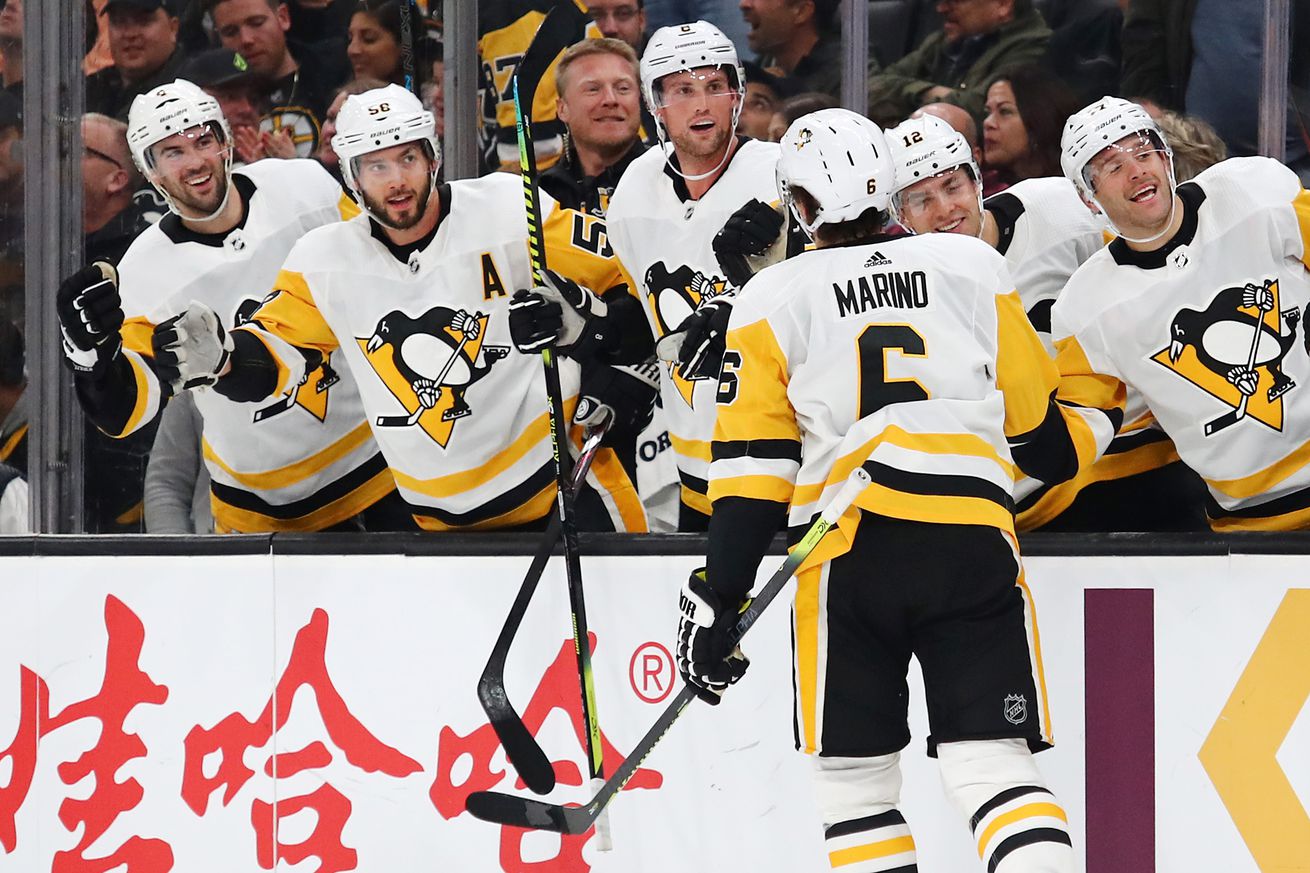 Back last July we looked ahead to the 2019-20 season, and since the NHL’s regular season is almost certainly completed due to the near-worldwide distancing due to the COVID-19 virus, why not look back at that to see what happened?

By definition, a surprise isn’t something you see coming. So it’s tough to forecast the unpredictable, otherwise it could be predicted. Our candidates listed for being a pleasant surprise were: Alex Galchenyuk, Dominik Kahun, Jared McCann and Matt Murray. Potential duds were listed as Erik Gudbranson and Patric Hornqvist.

In reality, this didn’t pan out. The Penguins are usually a fairly steady team – it’s not often rookies come out of no where to play large roles for non-injury reasons. This season, however, was different in that regard.

You could make a case that John Marino was the fourth most important defender last season at Harvard, a decent but overall unimpressive third place ECAC team that lost in the opening round of the NCAA tournament. So to say Marino came from nowhere to become a 20-minute a night NHL sensation on a good team as a rookie would be accurate. Understating it, really.

Marino’s immediate ascension from unknown to key piece was almost frightening. He was like finding a right-handed, smooth-skating puck-moving defenseman that was capable in all three zones right under the Pens’ noses. That simply doesn’t happen, players that good just don’t materialize out of thin air.

But, Marino did, writing one of the most impressive and pleasantly surprising stories that Pittsburgh has had in a long, long while. Just look at the story his monthly splits from Yahoo tells about growing in responsibility and getting results right before your eyes (until a February broken cheek injury got in the way).

Though the magic faded a bit as the season wore on, Tristan Jarry turned an opportunity (not unearned due to having a favorable salary to Casey DeSmith) into a niche of proving himself to be an NHL goaltender.

Through January 7th, Jarry’s .934 save% to start the season led the whole league, as did his 2.04 GAA. Jarry propped the Pens up through some difficult times of injury losses and the ineffectiveness of Matt Murray’s rocky November. For the whole season, Jarry’s .921% was still top 10 in the league.

Bryan Rust’s NHL goal/game rates per season: .26, .18, .25 and then, .49 this year. It was a season of highs in goals, assists and points for Rust who finally put it all together and demonstrated a consistent ability to score. Rust’s 27 goals in 2019-20 (in just 55 games) were almost as much as the 31 goals he scored in the last two seasons combined.

Who’s ready to talk about how good Zach Aston-Reese is? pic.twitter.com/UqhfARG5cQ

If you can divorce offensive contributions from looking at the “best defensive forward” award (which seems obvious, yet isn’t), there’s a pretty good case that Zach Aston-Reese was one of the league’s best forwards at limiting the opponent’s chances and goals.

Lowkey thing, but Aston-Reese’s contributions were a pleasant surprise especially given just how well defensive he stacks up against anyone in the league in such a role.

With joy, there also comes pain. A look at what didn’t work out

A lot of pixels have been spilled, but somehow this one just didn’t work out. Galchenyuk was young, talented, a previous 30 goal scorer in the NHL. He didn’t come anywhere close to that in Pittsburgh, scoring just five goals in 45 games and earning a lesser role by showing very little on the ice. There were injuries, an adjustment to a new team, a ton of excuses and reasons, but it still remains surprising just how flat the Galchenyuk experiment fell.

Missing a big chunk of the season with injury plus a very modest stat-line (3G+9A in 46 games) and a worst Goals Against/60 (2.68) than any non-top pair defenseman made this about a worst case scenario for Justin Schultz’s contract year. He doesn’t score much and he has never really been good at defending, which adds up to a player of rapidly declining value.

It’ll be interesting to see where Schultz’s career goes, any team paying him based on a 51-point 2016-17 season is bound to be disappointed. Those days, perhaps due to his major injury last year, appear to be in the rear-view mirror for Schultz, who probably will only have value in a shielded, third pair type of role in the future.

Injuries carved up Bjugstad’s 2019-20, limiting him to just 13 games. He didn’t showcase a lot in those games, scoring just one goal and only adding one assist. Any hopes Bjugstad would be a steady presence as a third line center that would win the possession battle and chip in some points went up in smoke due to those injuries. Considering preseason expectations, the results have to