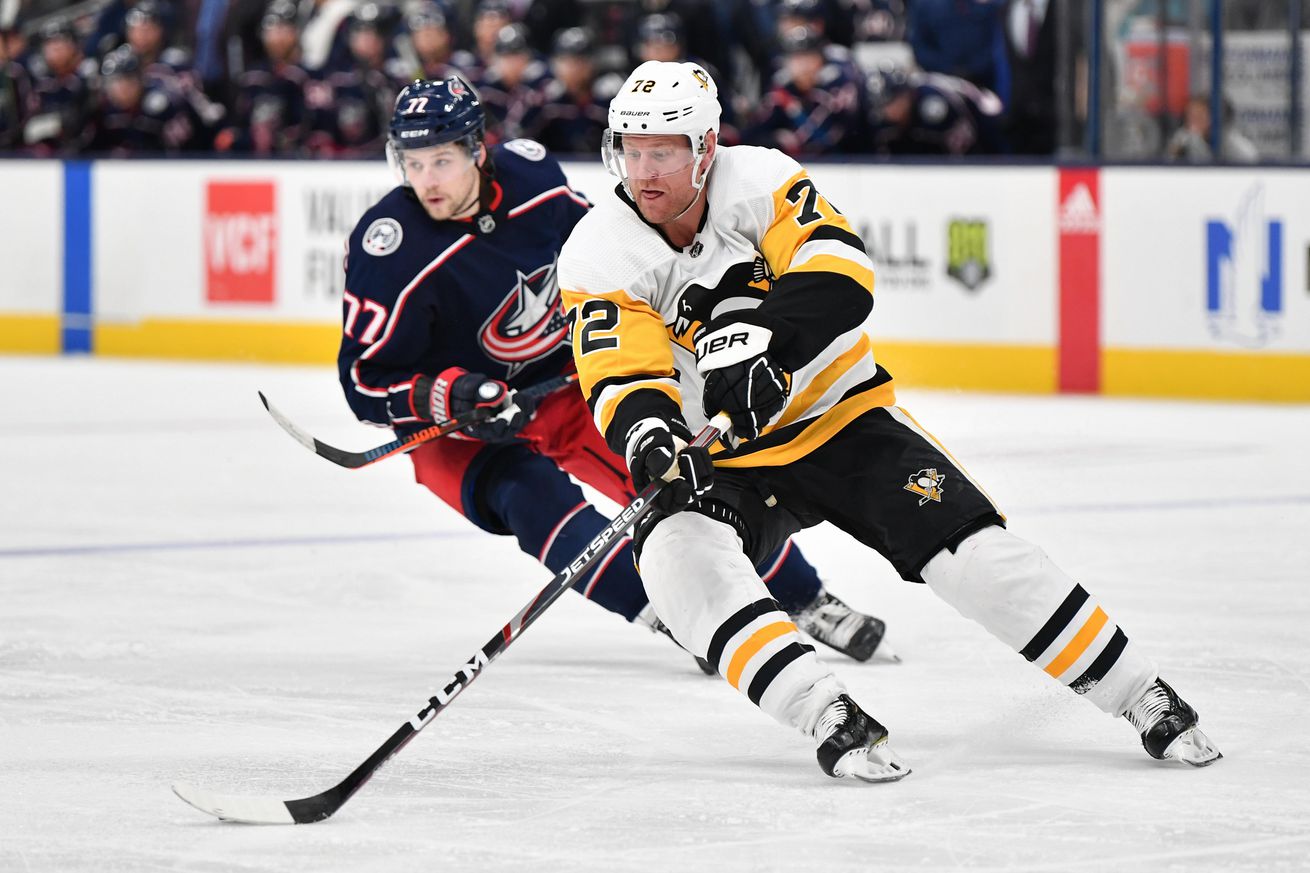 Note: As we await an updated announcement for the NHL’s decision on whether or not their season will continue that is expected to be determined later today, here’s the game preview if it happens. I wrote it, so no sense letting it go to waste even if this is a game under a huge cloud of uncertainty as to whether or not it will actually take place.

Fans in attendance: none, due to the response to the coronavirus situation

Opponent Track: Columbus has been inactive since Sunday, where they capped off a western swing by beating Vancouver 2-1. It’s been up and down for them, they’re 1-1-1 in the last three games, and 3-3-3 in the last nine. So they’re not winning regularly but they’re doing well to get past regulation and get some points in the standings.

Pens path ahead: It’s been a long and busy stretch for Pittsburgh, which isn’t scheduled to let up, though life might get in the way of that. Today is supposed to begin a stretch of three games in four days, if the season continues they’ll go to Carolina to play on Saturday night, and then return home to meet the NY Islanders on Sunday night….Y’know, assuming the season still continues at this point in time.

Season Series: This will be the fourth and final regular season PIT/CBJ game for 2019-20. The Pens took a 7-2 win way back on Game 2 on October 7th in Pittsburgh, Columbus won 5-2 here in Nationwide on November 29th and the Pens won a 1-0 OT game (Bryan Rust netting the only goal) back in the ‘Burgh on December 12th.

Recent history: Pittsburgh has been on the much better end of this rivalry as of late, the Pens are 9-2-0 in regular season play against CBJ dating back to the start of the 2017-18 season.

SBN Team Counterpart: Our friends at Jackets Cannon will have you covered from the Columbus perspective

Tale of the tape

—Columbus loses great goalie Sergei Bobrovsky to free agency and….still maintains one of the best goalie situations in the league. Joonas Korpisalo has been slightly above average but the real story is rookie Elvis Merzlikins who has emerged as a big time goalie. The same one the Pens tuned up for 7 goals in his NHL debut. He’s figured out how to excel since that point!

—Otherwise, CBJ just finds ways to grind it out. They don’t score a lot, but they do shoot the puck more than most teams and find ways to limit chances against. A lot of the NHL is very wide open in terms of scoring being up for and against. This John Tortorella coached team though isn’t going quietly into a wide-open NHL, instead relying on good goaltending and penalty kill to overcome a poor offense and power play.

Player Stats at a Glance

—Like the Pens, the Jackets have suffered several key injuries throughout the season and just found ways to keep moving forward. Oliver Bjorkstrand was on the way to having a breakout season before injury has removed him from the equation as well.

—Zach Werenski is always a player to watch too. His 20 goals lead all NHL defensemen this season and is only one off of Bjorkstrand’s team lead. Isn’t too often that a defender leads his team in goal scoring, but that could be possible for CBJ this year.

Due to the coronavirus, all events in Ohio for the time being will be held without admitting fans. The spread of this disease is going to touch all facets of life, which will be a necessary disruption that we’re all just going to have to deal with as officials wrestle with how to best handle the situation. Here’s a look at the latest in the situation (it’s from The Athletic but not behind a paywall, so you can read even without a subscription to learn more).

COVID-19 and sports: The latest news and information from @TheAthletic.

We will continue to update this thread & blog. https://t.co/Xoqdo0IFFv

Possible Lines (based on Sunday game)

**Cam Atkinsson expects to play coming off a high ankle sprain, so this projection likely will be altered if so

—As mentioned, Columbus joins the Pens at the top of an unfortunate category in terms of man games lost to injury. Several important ones too, chief among them Jones has been out since February 8th with a bum ankle.

—Atkinson thinks he will play tonight, which will mark only his 10th game in the lineup since December 16th. His return would offer a big talent upgrade since that fourth line listed is very replacement level, and Bemstrom on the first line isn’t exactly ideal for a team trying to hang in the playoff race.

And now for the Pens..

Potential Lines (based on Sunday game)

—Aston-Reese has taken a full practice with contact, so he could be a candidate to return as soon as tonight, though nothing official has been declared yet.

—One player missing from Tuesday’s practice was Marino, who was listed as “maintenance”. It’s unknown if the team just wanted to give the youngster a day off the ice with his cheek situation or if he’s picked up another slight injury. Either way, just kinda is what it is this time of year where key players will be skipping practices in between games as needed.