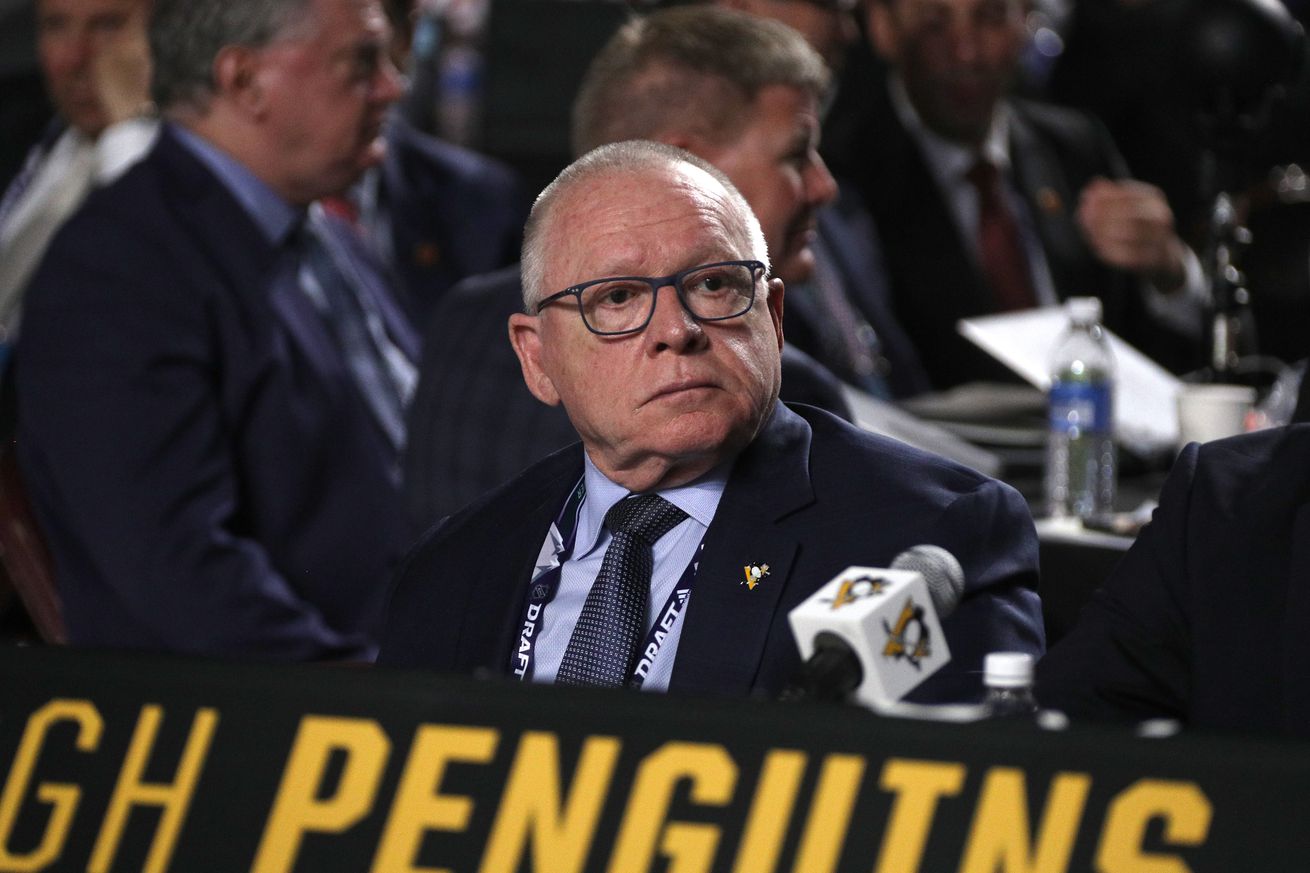 We now have an idea of what the NHL offseason trade market looks like.

It remains to be seen what else Pittsburgh Penguins general manager Jim Rutherford has in store for this offseason, but it is a good bet that his most significant moves have already been completed.

Rutherford got a head start on his roster re-tooling by re-acquiring forward Kasperi Kapanen just days after the Penguins were eliminated from the postseason. He remained busy in the weeks that followed.

In total we have seen the 2020 first-round pick, a top prospect, Patric Hornqvist, Matt Murray, and Nick Bjugstad be traded, with Kasperi Kapanen, Mike Matheson, Colton Sceviour, a 2020 second-round pick, and prospect Jonathan Gruden come back in return.

There have also been some free agency departures (Justin Schultz, Patrick Marleau, Conor Sheary) and arrivals (Mark Jankowski and an Evan Rodrigues return) mixed in.

It is one thing to analyze your team’s moves in a vacuum without any other context.

But what happens when we compare them to the other moves made this offseason in the same market?

The Penguins were the only team to trade their first-round pick this offseason for a player, and they not only traded the pick, they also included a pretty good prospect and some spare parts along with it.

In looking at the trades made around the league this offseason, I see a handful that stand out as rough comparisons involving early-to-mid-20s players being traded for a combination of draft picks or more.

Clearly the Penguins paid the more significant price for Kapanen, but he is also the most accomplished player.

My conclusion: While it surprised me and confused me at the time, I still did not hate the Kapanen trade. I can see why the Penguins want him and I can see how he can help. He is a good player and he will make them better. I just questioned if he was the right player to go after using those assets as trade chips. My opinion still remains the same, while maybe wondering if they did overpay a little bit. I was more okay with the price until I saw the Toews trade on Monday.

Here is a rundown of the goalie trades that have happened this offseason.

Am going to give you some sets of numbers, all from the past three regular seasons.

Their salary cap hits for this season after Murray’s new contract in Ottawa?

Conclusion: Based on performance these three goalies have been remarkably similar over a pretty significant sampling of games, while Murray costs by far the most. He is younger and he does have “two-time Stanley Cup champion” written on top of his resume in big bold letters, but you have to believe he can be that same goalie again to care about that. When you add in the fact the goalie market was insanely overcrowded this offseason it should have made a Murray trade difficult. But when you compare the Penguins return to the other two goalie moves they easily — EASILY — ended up with the best return.

The one salary dump trade the Penguins made was to send Nick Bjugstad to Minnesota for a conditional seventh-round draft pick.

The Penguins also retained half of Bjugstad’s contract, leaving just over $2 million in dead money on their cap.

The downside: They did not get anything back in return and have some empty money on their cap.

The upside: They did not have to give up anything to get rid of Bjugstad’s contract.

Vegas received a better return for its salary dumps, but the returns are still not fair value. They traded legitimately good hockey players and only received a fringe NHL defenseman and two mid-round picks that are still two years away from being used. Teams also knew they were desperate to unload salary so they could get cap compliant to get Alex Pietrangelo.

Conclusion: Not a fan of keeping dead money on the books, but it is only one year and the Penguins did not have to give up anything to get out of the contract. My issue here is more big picture in the sense that they never seemed to have a plan for Bjugstad, and it continues a roster building trend of just seemingly throwing things at the wall and see if anything sticks.

The change of scenery trade

Also known as the Patric Hornqvisit for Mike Matheson and Colton Sceviour trade.

Honestly I am not sure there is another comparable trade like this anywhere in the NHL this offseason.

Maybe Eric Staal for Marcus Johansson? The contracts are so different there it is difficult to compare.

Josh Anderson for Max Domi? Again, not really an apples to apples move given that both players are a similar age and were both restricted free agents. But the Canadiens did have to sign Anderson to a massive seven-year contract.

Conclusion: When looked at this alongside the Jack Johnson buyout it does improve the defense and make the team younger and faster. All good things. But still … that Matheson contract.

In a vacuum I have no real major objection to any of these moves. I can see arguments for and against all of them. I think my criticism is again the big picture one and how a lot of little mistakes added up into bigger mistakes. Bad signings, questionable trades, and the lack of a consistent plan from one season to the next created a situation where you need to buyout a contract and retain part of another contract. How much different would the Penguins offseason have looked if they did not have to keep more than $3 million on their books for players no longer on the roster? Keep in mind that Boston signed Craig Smith for just a little more than $3 million per season. Montreal got Tyler Toffoli for just a little over $4 million. Either player could have been a significant upgrade to the Penguins’ roster if they had the salary cap space to acquire them, even with the other additions (Kapanen, Matheson, etc.). So it is not really about the moves made this offseason, and more about the moves made in previous years.

So what do you think?