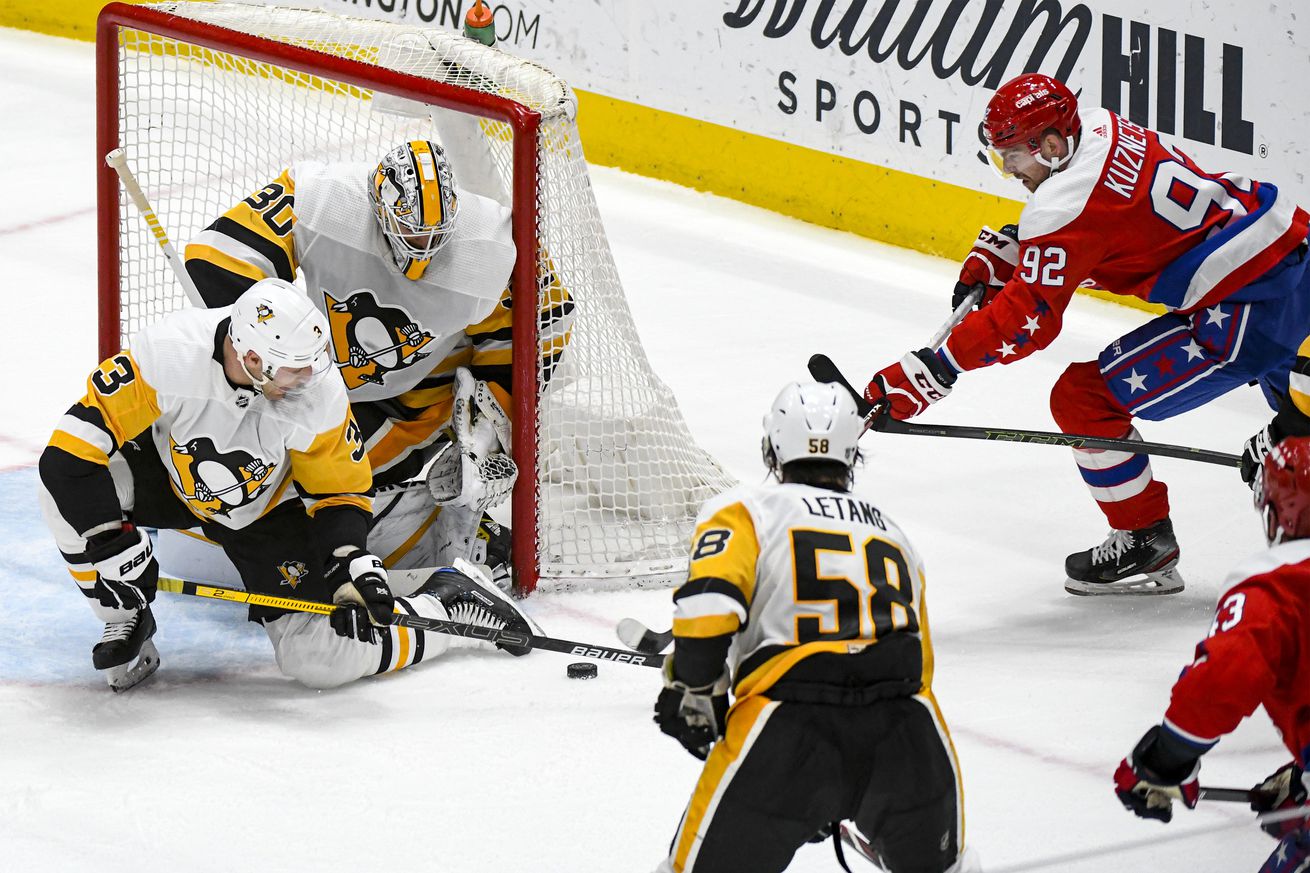 Hot seats and cool thrones as of September 2020

Looking back, about 12 months ago we had a hot seat meter for the Penguins. So why not update it again?

Sidney Crosby – face of the franchise, league, sport, nothing to see here!

Evgeni Malkin – has a full no movement clause and this year isn’t under any foolish speculation.

Jake Guentzel – looked great coming back from injury, he’s a key piece of the team and one of the league’s most effective goal scorers.

Jason Zucker – the Pens have been chasing him for years to get him on the team, they have him now and will enjoy seeing his first full season in Pittsburgh.

Brian Dumoulin – steady and Mr. Reliable and on a reasonable contract. No reason to imagine moving him at this point.

Brandon Tanev – five more years on his contract and the team loves what he’s brought to the table.

Teddy Blueger – had a very solid season last year and is a flat out bargain at a near league minimum salary.

Kasperi Kapanen – they just paid a big trade price for him, we’ll see what Kapanen can bring on the ice to try and take his career to the next level with the team that drafted him.

Sam Lafferty – up for a new contract but it shouldn’t be a difficult negotiation. The team likes his energy and play, and he has some positional flexibility at center or wing, which helps his value.

Bryan Rust – turned into a key player with a career season in 2019-20 with 56 points in 55 games and is in a great position to help more again next season.

Mike Sullivan – Sullivan will likely get a lot of pressure and second-guessing from the fanbase (what else is new for a coach?) but let’s remember he signed a contract extension just last summer that runs through 2023-24. The decision makers and his bosses seem to be very loyal to Sullivan, which is all that matters!

This category is for some interesting but mostly theoretical questions, though not too much pressure

Kris Letang – it doesn’t look like Pittsburgh will trade him, but his name being at least open for gauging his value has to make one wonder what the future could hold.

Tristan Jarry – only in this category for not having a contract for next season yet and having arbitration rights. Almost certainly the Pens see Jarry as the future in net, and the future is now. But there’s still some details to take care of to get to that point.

Marcus Pettersson – has a new contract kicking in with a relatively big $4 million cap hit. Probably could stand to pitch in a little more, but the team probably just needs him to continue to develop and improve versus think about moving him at this point.

Jim Rutherford – Rutherford’s contract runs through 2020-21. He’s 71 years old. He hasn’t won a playoff series since 2018, and his bosses have shown some unrest with managers (Ray Shero) who haven’t gotten playoff results. Rutherford has likely built enough good will from above with his successes, but 2016 and 2017 are fading by the month. Rutherford obviously wouldn’t get fired in the next few months, but if the team bows out early again, it wouldn’t be terribly shocking if the future direction is at least considered.

Juuso Riikola – just signed a new two year deal, but probably is already a 6/7 on what isn’t a very deep defense that might still have additional players added to it in free agency or from the minors in the form of prospect Pierre-Olivier Joseph.

Chad Ruhwedel – see above for Riikola, basically verbatim. The Pens covet Ruhwedel for his ability to stay ready and be a decent injury replacement, and extended him through 2021-22, but it wouldn’t be shocking if he was a player who got waived, he’s about always on the fringe for that.

Patric Hornqvist – has a full no trade clause this season, so his seat can be ice cold if he wants. If this was a long-term outlook, will Hornqvist be on the Penguins in 18 months? Or even in 12 months when his full NTC expires? That opens up more possibilities, but not for right now, unless the team wants to move him AND he agrees to wanting a change. That’s a lot of “ifs” to hurdle.

Zach Aston-Reese – get the sense the team probably would move on if they could, lower end lineup players tend to bounce around the league a bit. But ZAR has a contract for next season, and will likely start the season on the shelf following a summer shoulder surgery, so his list of suitors can’t be that long, if existent at all.

Questions to be answered soon

The off-season decisions will determine the futures of these players

Jack Johnson – the buyout window opens soon. Trades could be a possibility too, Joel Edmundson signing a four year $14 million contract is more money and term than Johnson is still owed, showing there is a market for subpar defensive defensemen. The Pens have publicly supported Johnson every step of the way, but his name has been involved in trade talks too. Do they pull the trigger on moving him or go back to putting their hand on a hot stove and wonder why they keep getting burned?

Dominik Simon – 2019-20 wasn’t his best season and the path to the top-six is now blocked by the additions of Zucker and Kapanen. Simon also had a major shoulder surgery and needs a contract. Is this a player in the future plans? It could be. Or the team might move on and give this spot to a player like Sam Lafferty.

Casey DeSmith – it’s tough to imagine the Pens shelling out $1.25 million again for a minor league goalie. DeSmith is likely the NHL backup for next season, which is likely the answer to the question surrounding him. But the question needs to be asked and answered as far as what if the team wants to add a more veteran backup option? In that result, it could mean a trade or another trip to the waiver wirse.

Matt Murray – it’s only a matter of time before a trade is announced to ship Murray out.

The interesting takeaway is many players appear to have little to no pressure of being moved right now. Rutherford has promised lots of changes, which he tends to flip over a lot of his roster anyways but then he’s re-signed a lot of players already (Riikola, Ruhwedel, McCann) with several more likely to follow (Jarry, Lafferty and maybe Simon).

The Pens have traded Nick Bjugstad and brought in Kapanen, and they’ll likely watch Justin Schultz and Conor Sheary move in free agency, but the outlook doesn’t really look primed for a lot of major changes.

The goalie situation still needs resolution, and in free agency Rutherford has mentioned a willingness to perhaps add a forward and defender despite a budget and cap situation that looks unfriendly.