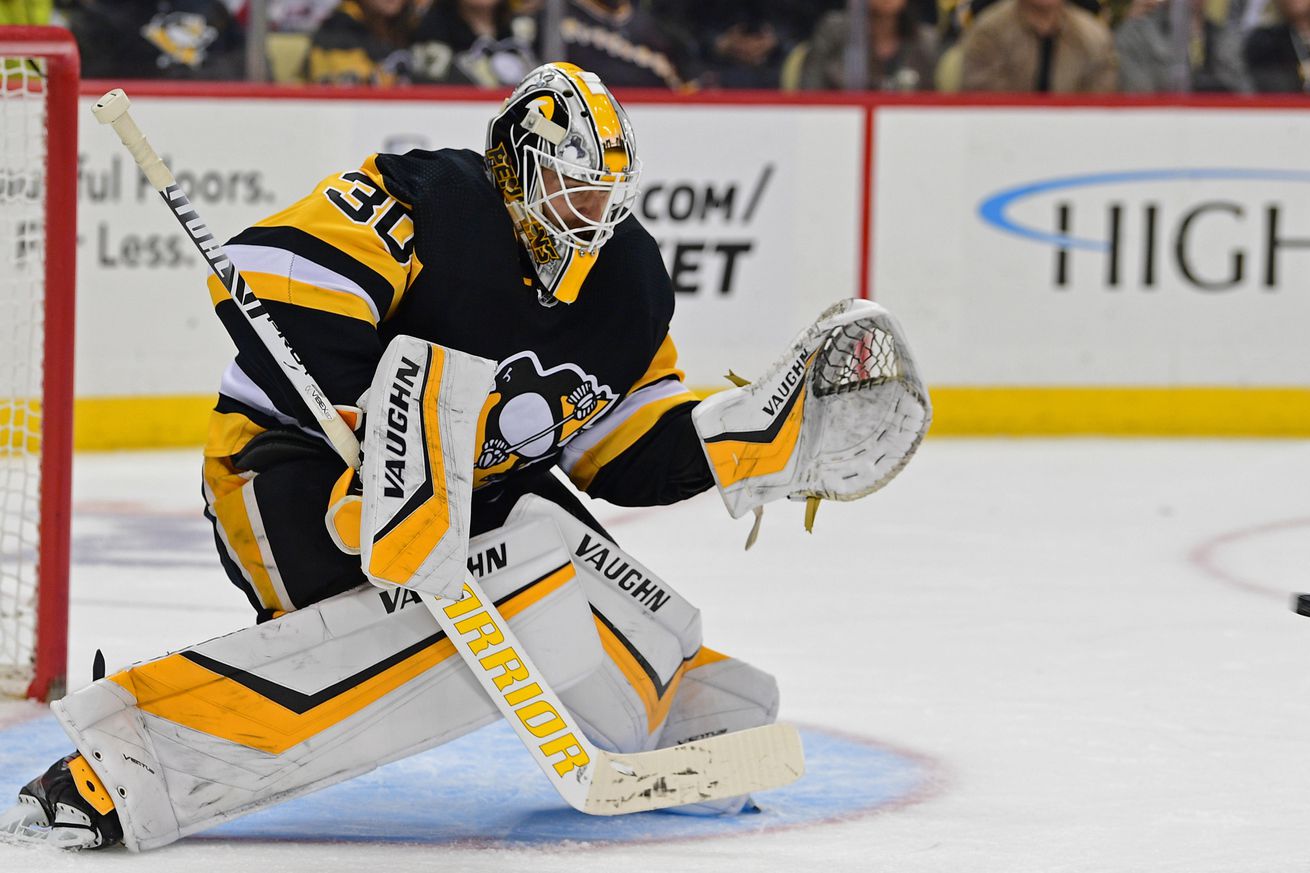 Why would Toronto want this? What could the Penguins get from them?

There are three things I am fairly certain of when it comes to the Pittsburgh Penguins’ offseason.

The first is that Jim Rutherford is going to make more changes to his roster. That is always a given.

The second is that the Penguins are almost certainly going to trade a goalie.

When that happens, it seems like a good bet that Matt Murray is going to be that goalie on the move.

It is going to be fascinating to see what that trade looks like, not only in terms of where he ends up going, but also what he could potentially bring back in return. Murray is a restricted free agent this offseason, is coming off a down year (probably his worst year in the NHL), and was just benched before an elimination game in the Stanley Cup Playoffs (well, the qualifying round, anyway). So it is not like the Penguins are dealing from a position of strength here, or dealing with a player whose value is at its peak.

You also have to consider the fact that goalies in general do not tend to bring back significant returns and there are going to be several options for teams to choose from. Toronto might be trading Frederik Andersen, while players like Robin Lehner, Braden Holtby, and Corey Crawford are all unrestricted free agents. Teams in the market for a goalie are going to have options.

With all of that said, one team that has been mentioned repeatedly over the past couple of days for Murray is, in fact, Toronto as mentioned at TSN and The Athletic.

From Pierre LeBrun at The Athletic:

As for Matt Murray, there are many who thought Leafs GM Kyle Dubas would have wanted him as part of the trade made with Pittsburgh last week, the goalie and GM having a shared OHL history in the Soo. But my guess is the Leafs wouldn’t want to trade for a goalie without knowing if they could move Andersen. I did have an executive from a rival NHL team tell me this week that Dubas does have interest in Murray. So perhaps there’s a deal to be made there after all but later on.

I guess it is not a surprise that Kyle Dubas would have some interest in Murray given their history together in the OHL, but this seems like it would be a complicated situation.

For one, Toronto would have to trade Andersen before any potential Murray trade would happen.

But ti also brings up a lot of questions.

Let’s start with the most important one: What’s in this for Toronto?

Andersen had a bit of a down year but has been mostly consistent (at least based on his end of year numbers) since joining the Maple Leafs — a consistently above average goalie that can play a lot of games and handle big minutes behind what is at times a porous defensive team. He also had a better year than Murray this season.

Is it worth moving all of those parts around to bring in a goalie that may or may not be an upgrade over the player you already have at the position?

The argument that I could see for it is that Andersen is entering the final year of his contract, is going to be 31 years old next season, and because of his age may not be a player a cap-strapped team wants to invest heavily in at this point in his career. Murray is five years younger, does have a strong pedigree as a player, and even though he has battled some inconsistency the past couple of years is still a goalie that is capable of bouncing back. Add in a connection to the general manager and I could see it being something that at least gets explored.

Which leads us to the next issue — what could the Penguins get out of Toronto here?

Toronto’s only first-round pick is the one that the Penguins just sent there for Kasperi Kapanen a couple of weeks ago. And as hilarious as it would be to see the Penguins re-acquire that pick, that is simply not going to happen.

I also question if Murray’s value is even at a first-round pick level.

Toronto does have a second-round pick and I think, along with maybe a prospect, is more in line with what Murray’s value might be. The Penguins do not have a pick in the 2020 class until the third-round, so that would at least get them a top-60 pick back in their possession (or maybe higher if Toronto gets a pick in a hypothetical Andersen trade that could then be flipped to the Penguins — but that is an awful lot of moving parts).

There is a name on the roster that does kind of intrigue me a little bit, and that is center Alexander Kerfoot.

The Penguins have a desperate need for a third-line center, and Toronto still probably needs to move a little more money around on its roster. Kerfoot is signed through the 2022-23 season at a salary cap hit of $3.5 million. Not cheap, but not outrageously expensive, either.

His track record says he is a 15-goal, 40-point kind of player, while also having a decent defensive impact. Of the 380 forwards that have logged at least 1,000 minutes of 5-on-5 ice-time the past two years, Kerfoot ranks 80th and 95th in expect goals against and total shot attempts against per 60 minutes. Not a true SHUTDOWN player, but also not any kind of a liability. The question you would have to ask yourself, though, is whether or not he represents enough of an upgrade over what a player like Jared McCann might do in that same role. I know everyone is down on McCann after the way the third line flopped against Montreal, but he was not the only part of that line and I would not want to let four games influence significant decisions when there is a much larger (and better) body of work to look at.

In the end, I have no doubt there is probably some discussion between the two teams here, but there are so many moving parts and so many issues that it is difficult to see how the Penguins and Maple Leafs are a sensible match here.