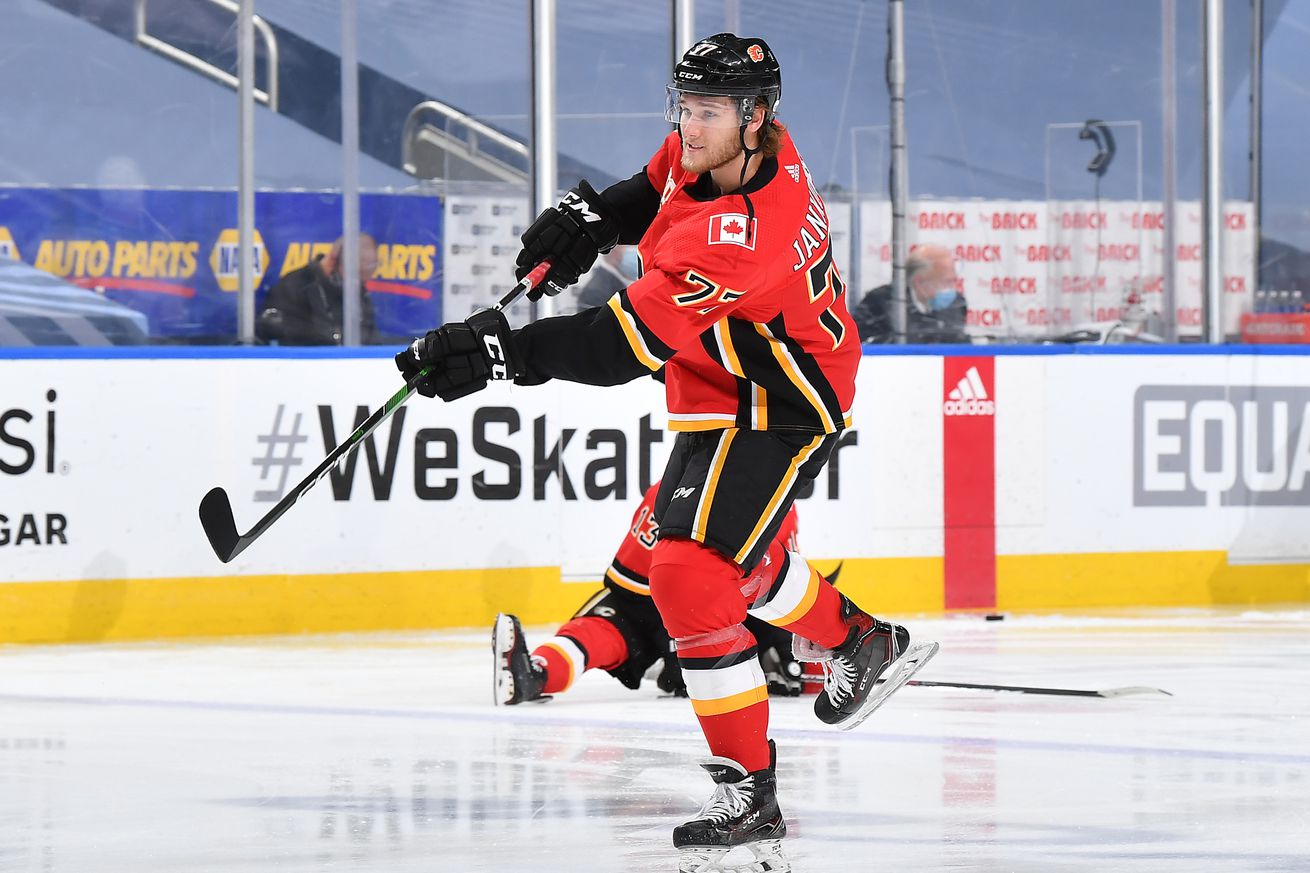 A scouting report from Calgary about the Pens big new center

Mark Jankowski has been in the NHL for the last three seasons, but spent all of that time out west in Calgary, so many Penguins’ fans aren’t likely to be that familiar with him, aside from maybe remembering the name as a former first round draft pick.

To learn a little bit more, we reached out to our bud Mark Parkinson at Matchsticks and Gasoline, the Calgary SBN blog. We went to Mark with some questions about the newest Pittsburgh Penguin center, Mark Jankowski, and got a lot of information to share!

#1: What kind of player overall in Jankowski? After seeing him go from a draft pick and prospect into an NHL player, what is your overall impression on his skills and abilities? Strengths and weaknesses?

Having watched him play a few times in college I had a mixed opinion of his play. I loved his size and everything he did seemed effortless and that was the problem. I wasn’t so sure it was effortless or lazy. He never seemed lazy with the Flames, but something about his game never translated or blossomed with Calgary at the NHL level.

As for some strengths, he’s a solid skater. He covers the rink very easily and he never seemed to be out of place or as a major liability. His weakness seemed to be his inability to put the puck in the net. Whether it was bad luck, bad timing or maybe just not being a goal scorer, the goals never piled up for him during his time with Calgary. I know, just the glowing review you want of your newest acquisition.

#2: What in the world happened last year? His boxcars looked like they were on an upward trajectory in his first two full years in 2017-18 and 2018-19, then went off a cliff in 2019-20. PDO suggests there was some bad luck with shooting percentages for his linemates, would you agree? Do you think last year was an aberration or more a reflection of Jankowski’s true talent level and expectations?

I think the answer to all of those questions is: a little bit of both. There were times where he looked like maybe a little bit of luck would get him going. There were lots of bad shots (ie. not making the goalie make a save, just hitting him with the puck) and I think that affected his confidence. He also was healthy scratched a few times which can sometimes motivate a player, I’m not sure it did anything for him one way or another.

Honestly, I feel like last year is pretty much who Mark Jankowski is, but maybe not to that extreme. Going without a goal in 38 games is extreme for anyone.

But you could also look at it this way: he played in 56 games for the Flames in 2019-20 and had 7 points. Michael Frolik played in 38 games before being traded and finished with three more points than Janko. After he snapped that streak, things were looking up as he had five goals in seven games, but then things went back to normal. He finished the regular season without a point in 11 straight, while only taking 8 shots over that span. He was also held without a point during the playoffs.

#3: Along those lines, do you think Jankowski was not qualified just because of the flat cap and salary cap situation in Calgary? In a normal year do you think they would have kept him, or do you feel the organization was OK with moving on in a new direction?

I think the Flames had seen enough of Jankowski truth be told. This management group didn’t draft him (Jay Feaster did) and I feel the Flames gave him every shot to succeed. Calgary was hammered by draft pundits for taking him so high and it looks like they were right about Jankowski.

I always hoped he would work out with the Flames because he seems like a decent all around player, but his production was never there. Thirty six goals in 208 games was probably all Calgary needed to see to move on. It’s not like he was going to get a bank breaking contract (he took a 50% pay cut to sign with Pittsburgh at league minimum salary), so the Flames could replace that type of production for something a little cheaper than his 2019-20 salary.

#4: The Pens are going to give Jankowski a chance to center Jared McCann and Evan Rodrigues on a line. What do you think an ideal year would look like for Jankowski in this role in terms of output and play? Do you think he is up for the challenge to center a third line?

I think in a perfect world, Jankowski would probably settle in around what was his best season in 2018-19 (14G-18A). I think his production for the next season would also greatly depend on who he’s paired with and the system that team runs. He spent the playoffs centering a 4th line with Derek Ryan and Tobias Rieder/Zac Rinaldo, so he wasn’t exactly with the Flames top players on the ice.

During the regular season he was bounced around a bit, but mainly in the bottom six, so again, his linemates weren’t great, but neither was he. I’m a big fan of the mindset “if you’re that good of a player, you should be able to carry a bad line” and Jankowski has never shown that ability to do that.

I hope for your (and his) sake that maybe a change of scenery and maybe a new belief in him will spark him to become the player the Flames thought he was when they drafted him, but I’m still stuck on seeing him and thinking “effortless or lack of effort.”

Thanks again to Mark from Matchsticks and Gasoline for all the information! Can’t say I really feel better about Jankowski getting a deeper dive, but the truth is this signing does have a lot of projection behind it. The Penguins think Jankowski can get back to his earlier seasons, but the lasting memory in Calgary was a bit of a reach of a 1st round pick who developed slowly and then wasn’t really an impact player.