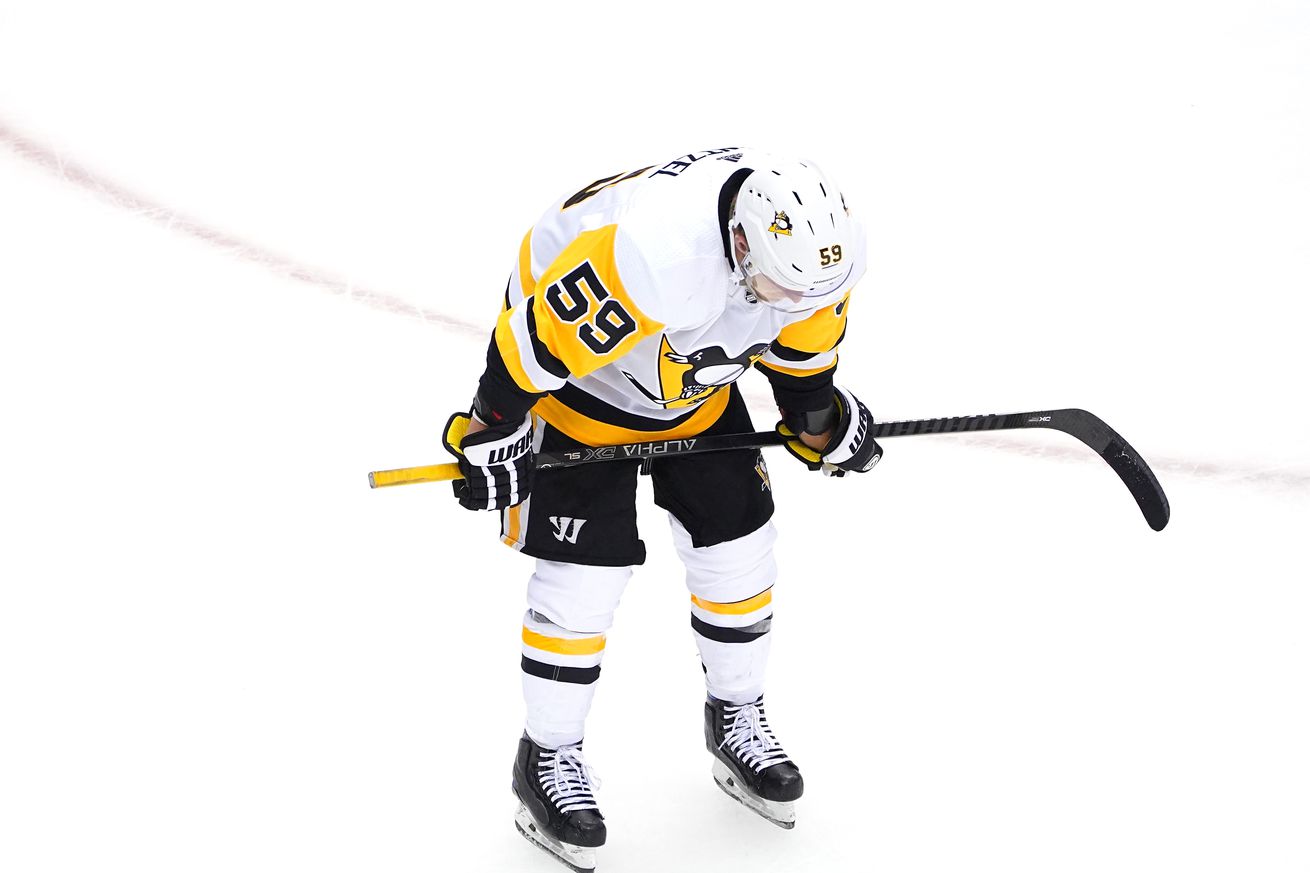 It’s tough to go “all in” every year, odds say it’s going to be a bust more often than not in the landscape of the NHL

Reader Michael checks in this week with some good data and a lot of research on just how difficult it is to actually make it (and then make it back) in the landscape of the NHL.

I’ve been thinking a lot about the past few seasons lately. It’s Cup or bust of course in Pittsburgh, and my disappointment was sky high this season, tempered slightly by the exceptional circumstances of the bubble, but heightened by the lackadaisical and frustrating play of the Pens.

Despite that, I thought the fans and media were unnecessarily beating up the Pens for failing to win the Cup for the second straight year. Getting swept in 2019 and losing to the “last seed” in 2020, not to mention the bizarre coaching decisions and the uninspired play, are not good. I get that.

I’m not an advanced stats person, but my career is in forecasting and data analytics, so I’m trained to see patterns and trends.

Since the salary cap era began in 2005-06, there have really only been three dynasties: Chicago, LA, and Pittsburgh. You might put Boston into that group, having made the final three times, but only winning once. In fact, for nine years 2009-2017, ONLY those four teams won the Cup. We are spoiled in Pittsburgh to have won one cup since 2006, let alone three, let alone two back-to-back.

We all know what’s happened to Chicago and worse LA. None of us want that for the Penguins any time soon.

But what of the other Cup winners, and how do the Penguins compare?

From 2007-2020, seven times the previous Cup winner either didn’t win a round or didn’t even qualify for the playoffs. That’s a pattern.

A few things stood out to me:

After winning the Cup, just making the playoffs the next season is difficult. Winning a round is even more difficult. And winning back-to-back Cups is damn near impossible in the cap era.

Outside of Detroit, which was a playoff staple for 25 seasons until 2014, the only teams to win a round the year after winning the Cup are the three cap-era dynasties.

Several reasons for the lack of performance following a Cup win. Winning a Cup takes about 24 post-season games. That’s more than an extra quarter of a season of high-level, high-impact, high-emotion hockey. All that fatigue adds up and leads to inevitable letdowns. You just can’t play at that level every season. Also, teams adapt. You hear it every year, “So-and-so team won the Cup last season, so every team wants to play their best against them as a yard-stick for their own performance.” So not only are you physically, emotionally, and mentally beat up, you have teams gunning for you and adapting to combat your style of play.

Cap-era championship windows are short, and again, Pittsburgh is an anomaly there. I don’t care who you are on the team, when you get a ring on your finger, your stock goes up, and teams can no longer afford to retain players outside of the core (I’m looking at you, Nick Bonino—can’t blame the guy). With Cup-winning UFAs demanding more, remaining competitive in the playoffs takes a lot of lucky, advantageous timing.

I get the whole “burn the building down” fervor after so much winning followed by three years of not winning, but I think it’d behoove us as Penguins fans to level set realistic expectations. The cap was put in place to create parity and in many ways it’s succeeded. (Another fun data point: Until 2019 when Boston lost the final, every losing team in the Cup final had been a non-repeating team since 2005. A similar trend continues back to 1995. That’s some serious parity for so many teams to have a shot at the Cup.)

It’s impossible to have expectations less than “win the Cup” with 87, 71, and 58 (among others) on the ice. Just about all of us have zero idea what it takes to win one, but perhaps the data above might provide some notion that those expectations are absurd.

There’s a lot of good takeaways above, which might help to reset personal expectations a bit. Deep down, if we’re being honest, the Penguins are not going to be able to win the Stanley Cup every year. Unless you’re playing on the Xbox, that’s just not the way the world works — ESPECIALLY the hockey world where weird occurrences are the norm to wreck all conventional wisdom. Whether it’s injuries (sorry Nathan MacKinnon and your 25 points in 15 games, too many of your teammates got hurt), hot goaltending completely out of left field (hello Thatcher Demko!) or some random undrafted guy who scored 12 goals in 48 AHL games and one goal in 13 career NHL games coming out of even further from no where to score a Game 7 hat-trick, completed naturally by an OT goal (Joel Kiviranta, whoever that is).

It’s an unpredictable game. Weird things are going to happen. The parity of the league speaks to that. This year will again crown a champion that hasn’t won in a long time (only Tampa, 2004, has won a title in the 21st century of all five teams still competing).

The salary cap is a big factor. Just look at the 2017 Stanley Cup Pens. Even fourth liners like Carter Rowney and Tom Kuhnhackl got raises to leave town, let alone veterans like Trevor Daley and Ron Hainsey who received multi-year contracts elsewhere due to their playoff run. The system in place is designed to chip away at the great teams and prevent them from keeping that same group of talent together for a long time.

Penguins’ fans have been designed and been super-focused over the years to put so much emphasis on the results, without much thinking of the process or great probability that defeat is more likely than success, even with a couple of generational talents like Sidney Crosby and Evgeni Malkin.

Pittsburgh hasn’t missed the post-season since 2006, though depending of your definition, it wasn’t much of a feat this unique season with a play-in round loss. Five times in the Crosby/Malkin era they’ve reached the conference finals. Four Stanley Cup Final appearances from 2008-17, as well as winning back-to-back championships are marks that might not be equaled for a long time in the salary cap era. (Boston had a shot for 4 in 10 SCF appearances this season, before falling two rounds short).

Overall the data, sheer numbers of good teams that spend a lot — 28 out of the 31 teams in the league had a final cap hit of 93%+ of the salary cap limit, 18 spent 98% of the cap and 13 teams used LTIR to actually exceed the cap and it’s bound to be tough to win. And very small margins of victories between moving forward or not (as Colorado and Vegas fans today could remind you).