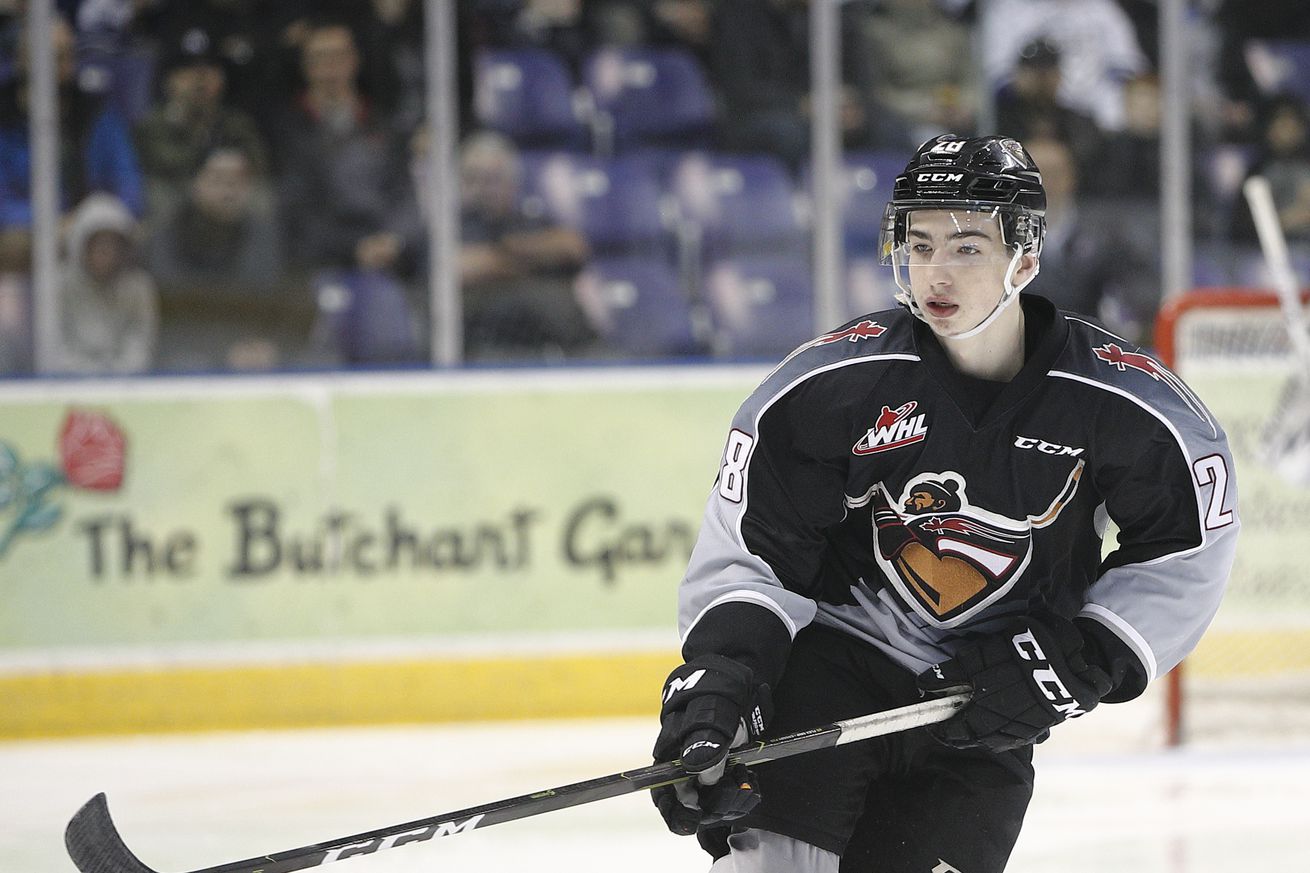 With their third pick of the day, in the fourth round at 108th overall, the Penguins have selected American center Lukas Svejkovsky.

Svejkovsky, who is listed at 5-10 and 165 pounds, was the 165th-ranked North American skater by NHL Central Scouting. He recorded 13 goals and 28 points in 34 games for the Medicine Hat Tigers of the Western Hockey League last season.

At 165th from the CSB, that’s a bit off the board, but Pittsburgh obviously likes the player he projects to more than most. The Athletic’s Corey Pronman had Svejkovsky as his 129th best prospect, citing his hockey sense as his best trait, with also a nod to his skating and hands.

Svejkovsky had a fine second WHL season between Vancouver and Medicine Hat with 38 points in 52 games. Some scouts think he’s better than his point totals suggest. There’s nothing dynamic about him, but Svejkovsky has good speed and puck skills. He has great patience and poise with the puck, showing the ability to hold onto it for an extra second to let lanes develop and find options to create chances. He’s not that big or physical, but he works hard and can win some puck battles. He’s probably an AHL/European league type with his skill set, but there’s enough talent there to give him a chance to be more.

The young Svejkovsky’s season took off last year after a trade to Medicine Hat where he scored 28 points in 34 games down the stretch.

The Pens have two more picks today, one in the fifth round and another in the sixth.