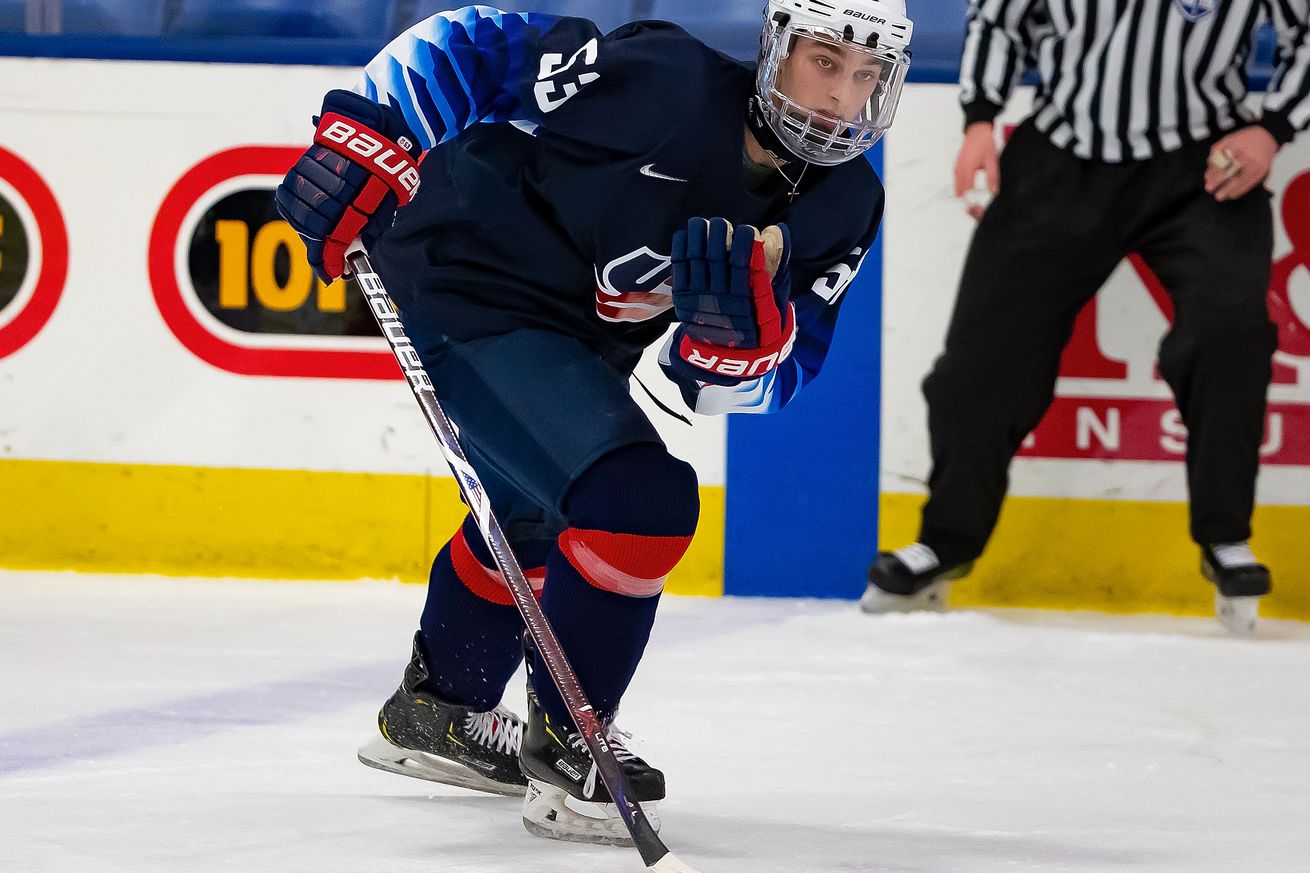 Chase Yoder #53 of the U.S. Nationals skates up ice against the Switzerland Nationals during day-2 of game two of the 2018 Under-17 Four Nations Tournament at USA Hockey Arena on December 12, 2018 in Plymouth, Michigan. | Photo by Dave Reginek/Getty Images

The Penguins add another forward to their prospect pool.

With their fifth pick in the 2020 NHL Draft, the Pittsburgh Penguins selected centerman Chase Yoder in the sixth round.

Yoder comes to the Penguins organization from Fairview, Texas. The 18-year-old has been playing for the U.S. National Team Development Program and has committed to Providence College for 2020-21.

The Future @FriarsHockey forward had some great plays in the red, white and blue pic.twitter.com/iBb1nN4Hj4

Here is a breakdown of where and who the Penguins have drafted so far.

After making a trade with the Colorado Avalanche, giving away pick #139 for #149 and #211, barring anymore trade activity, the Penguins have one more pick to make today before they put a bow on the 2020 NHL Draft.