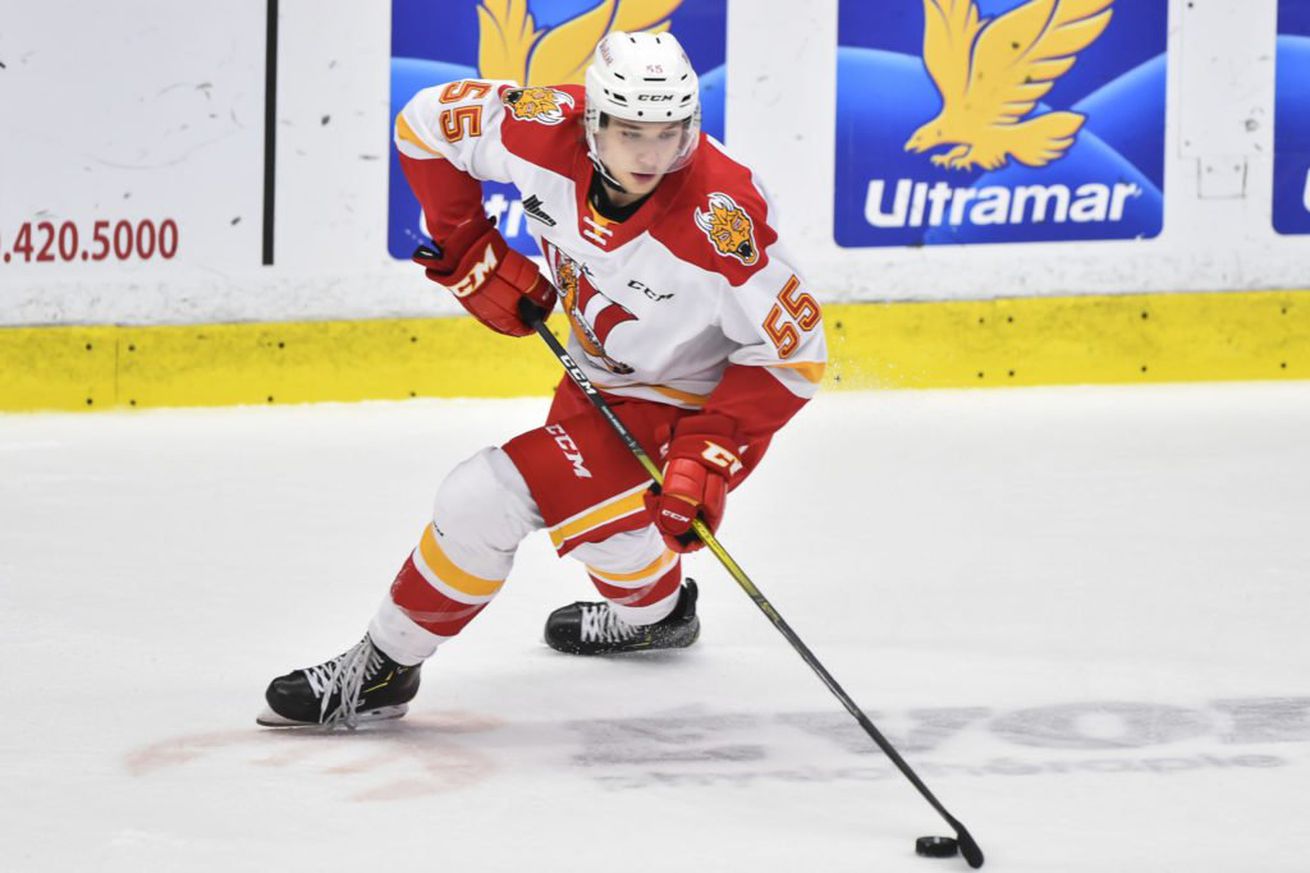 In the fifth round of the 2020 NHL draft, with the 149th overall pick, the Pittsburgh Penguins selected forward Raivis Ansons from the Baie-Comeau Drakkar of the QMJHL. Ansons hails from Latvia and is coming off his first season North American hockey league season.

With the 149th pick in the 2020 #NHLDraft, the Penguins select forward Raivis Ansons. pic.twitter.com/OlUlxpA5O4

This pick was originally set to be made ten spots earlier, but a trade with the Colorado Avalanche moved them back to 149th and garnered them an extra pick in the process. That extra pick comes at No. 211 in the seventh round.

Ansons stands at 6’1” and weighs in at 191 pounds according to his HockeyDB page. He is a left handed shot and plays the right wing. He spent his 2019-20 season in the QMJHL with the Baie-Comeau Drakkar where he posted 35 points in 60 games played.

Two fun facts about Ansons, he hails from Riga, Latvia, the same hometown as current Penguins forward Teddy Blueger, and he is teammates with fellow Penguins prospect Nathan Legare at Baie-Comeau Drakkar.

Ansons, who is listed at 6-1 and 191 pounds, played last season with Baie-Comeau of the QMJHL – where he was teammates with Penguins prospect Nathan Legare. It was his first year of North American hockey after coming over from Latvia.

According to Elite Prospects, Ansons was their 119th rated prospect in this year’s draft, meaning he they had him ranked slightly higher than where the Penguins drafted him in the fifth round at 149th. He was also ranked as the 100th among all North American prospects by NHL Central Scouting.

He knows where to skate to continue supporting teammates on the rush. He pressures opponents, wins the puck, and protects it with his frame. Ansons does the little things that star offensive forwards sometimes prefer not doing. He’s a trusted penalty killer, always adopts risk-mitigating positioning, and easily switches from one assignment to the other.

Although he was not apart of Corey Pronman’s prospect rankings over at The Athletic, he was mentioned by fellow Athletic prospect writer Scott Wheeler as one of the more intriguing draft prospects back in June.

Per Wheeler in The Athletic:

Ansons’ numbers don’t leap off the page. He finished the season with 35 points in 60 games, which was 14th among QMJHL rookies this season. NHL Central Scouting ranked him 100th among North American skaters on their final list and his odds at getting drafted are probably down to a coin flip. But when I watched him back in the second half, I saw some intriguing qualities. The Drakkar lacked offensive firepower this season and Ansons finished fourth on the team in scoring and shots on goal (his 9.4 shooting percentage probably suggests he was due for a couple more goals).

His coach at Drakkar also spoke to Wheeler as part of that piece and highlighted how far along his skating is compared to others who make the leap from Europe to North America:

“When he skates, he skates like he’s in his 20s. Sometimes the Euros come over and take some time but he’s starting to really click and I think this kid has some real high potential,” Goyens said. “Sometimes I think his hesitation is not realizing how good he really is. We’re trying to get him not to play shy. There’s a lot of potential there.”

Here are some highlights of Anson from this past season courtesy his junior team Drakkar in the QMJHL.

The Penguins will wrap up their 2020 NHL Draft with pick No. 170 in the sixth round followed by pick No. 211 in the seventh round.