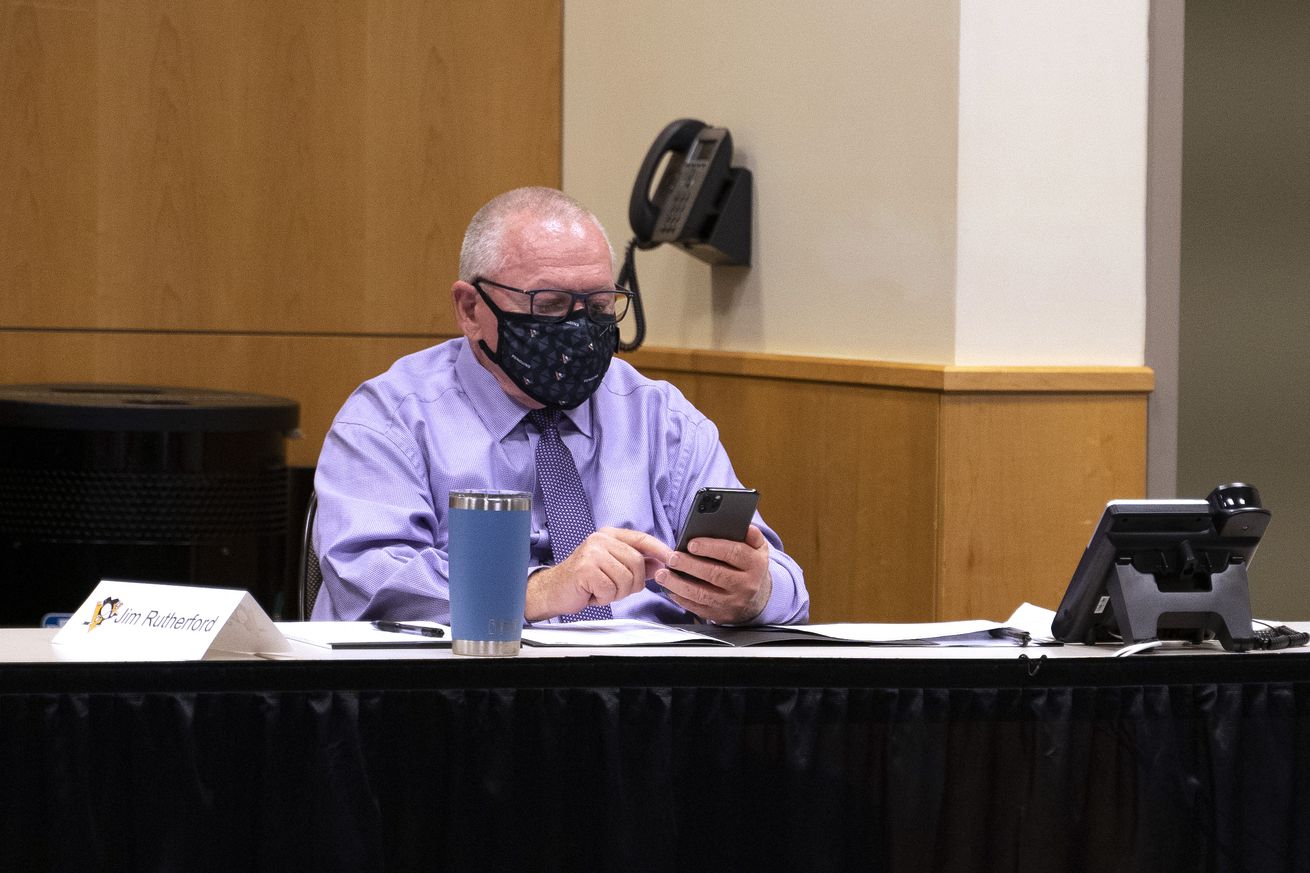 After several bad decisions on free agency day, the Penguins might be inactive for once on this exciting day

Free agent frenzy day, usually July 1st on most years, have been a time for the Penguins to offer up some really bad contracts in recent years. It was Matt Hunwick in a three-year deal in 2017. Jack Johnson and a five-year contract in 2018. Brandon Tanev and a whopping six-year agreement in 2019.

It’s a trend that, mercifully, will almost certainly be broken this season if only due to the circumstances the team finds themselves in.

“We won’t be in on the big free agents on Friday,” GM Jim Rutherford said Wednesday after the draft. “But we will be looking at adding more players.”

After re-signing Sam Lafferty yesterday, the team has just under $4 million of cap space. And just because they have the space doesn’t necessarily mean they will be spending it all right now either. Like we pointed out yesterday, their roster is almost complete anyways:

The Penguins big need at this point is a forward who could play on the third line. Possibly a winger, possibly a center to bump Jared McCann over to wing, where he might be better off playing.

—Perhaps the most likely scenario, but least exciting, would be a return to Pittsburgh by Simon. Simon has an offer on the table from the Pens but will test the market to see what could be out there for him. A reunion still makes sense for both sides, at the right price, it’s just a matter of seeing if there’s any other team that will or won’t make a better offer.

GMJR: “I’ve told Dominik’s agent we have a placeholder and a number. If he wants that number, he can take it.

“He’ll go into free agency and look around. At the same time, if the right player falls to us at a lower number, we can use it for someone else.”

—We’ve written a lot about Hinostroza and it seems like a good fit for the player and team to add a relative youngster with a decent NHL resume. He’s coming off a poor season though, and possibly/probably will have the attention of a handful of teams around the league.

—It made some waves when Buffalo didn’t qualify Kahun. Would the Pens bring him back? Would he even want to come back to a team that traded him? I remain skeptical it’s a fit, especially since Buffalo (among other teams) is in a position to offer more money. It’s an intriguing idea, but seems like one of those things that works out better in theory than in reality given all the factors and variables in play.

—Fast is probably in the Hinostroza boat of being one of the better mid-line free agents out there, and could be able to secure a multi-year deal for $2.5+, likely putting him out of Pittsburgh’s price point. He would make a great fit though for the opening the Pens have.

—Namestnikov has long been a player that’s intrigued me. Only 27, has a 20-goal NHL season to his name and produced decently enough after being traded to Colorado (8G+3A in just 21 games). He also seems like the guy who could move up into the top-six if there was an injury or need to give a fresh face a chance, something the Pens could use after trading Patric Hornqvist.

—Alex Wennberg would be a really intriguing signing. A recent buyout by Columbus, Wennberg is far from the 59 point player he once was, which looks like a once-in-a-career type of season. But he’s still only 26 and a decent playmaker. He can’t score goals very well at all, but a new team and system could help.

He’s a pure playmaker who basically never shoots the puck himself, per @ShutdownLine‘s data. pic.twitter.com/c9nzTWzFvf

Given his young age and some ability he’s shown (three seasons of 27+ assists). I think there’s still something useful in Wennberg. His passing ability combined with the shooting of McCann feels like it would be a natural good pairing.

—I get a lot of Matt Cullen vibes from Mikko Koivu. Koivu was once a top-six center, but due to age isn’t anymore. But at 37 he’s got some gas in the tank and has some good attributes: he’s a strong defensive center who is good at faceoffs and would add to the penalty kill. He’s a former team captain and could replace some of the leadership void left by Hornqvist’s departure. The Pens want to get younger and faster and Koivu doesn’t fit that mold, but it would be consistent with how Rutherford operates to target a veteran type strong personality (Cullen, Trevor Daley, Ron Hainsey, Cullen again, Patrick Marleau, etc) to join the team.

NHL free agency officially opens for business as 12 noon eastern time. What moves are you looking for the Penguins to make?