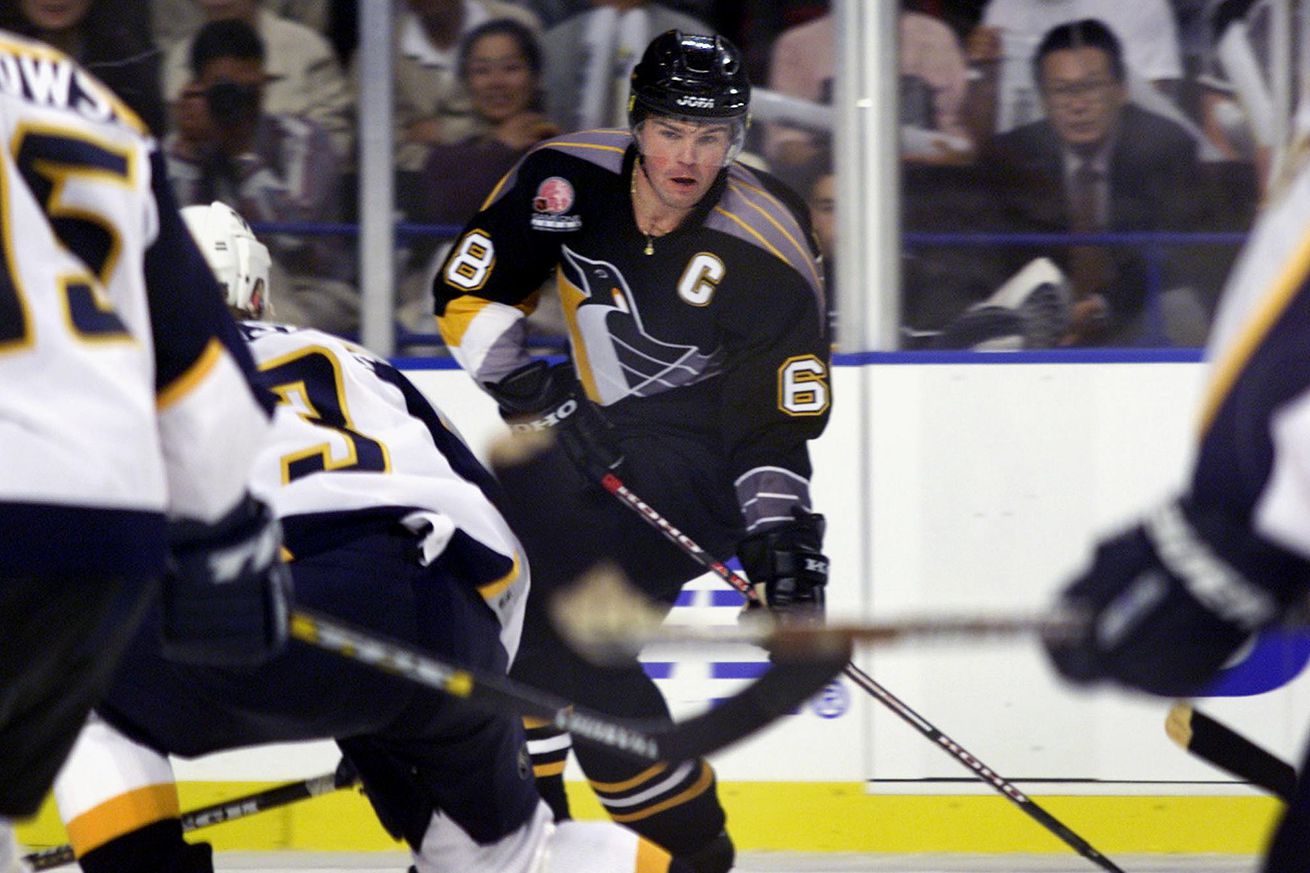 Troubling financial decisions have been made by the Penguins to maximize saving money over leveraging expenses to contend for championships..

If you’re an old enough Penguins’ fan, you won’t need this preamble. But 61% of our traffic and millions and millions of hits now comes from mobile devices and presumably Millennials and Generation Z kids, so bear with us…

There was a time when the Pittsburgh Penguins hadn’t had their glow up. (See, using the lingo to reach the youth). The Pens played in the Mellon Arena, a lovely rat infested dump without modern amenities. This all changed when the team got super aggressive in 2008 with the Marian Hossa trade addition, pushing the chips into the figurative middle and going for it. That worked with back-to-back Stanley Cup Final appearances in ‘08 and ‘09, highlighted of course by the Pens regaining championship glory.

From there the modern arena known now as PPG Paints was built, and the team has enjoyed fruitful playoff runs and extra money. They’ve spent to and beyond the salary cap each and every year since 2008, emboldened and encouraged by ownership to cover expenses in pursuit of glory. It’s not a totally selfless effort on their behalf, since more championships means more prestige which means a higher franchise value, but good things are good things.

It wasn’t always good though for the Pens. In 2001 they traded the best player in the game at that time, Jaromir Jagr, to Washington for three prospects. And more importantly $5,000,000 in straight cash, homey (as Randy Moss would say). Well, actually it was one penny less than $5m because the league didn’t want any more, but the point was proven. To stay afloat the Pens had to put financial interests ahead of product on the ice.

That process repeated less than two years later in 2003 when the Pens sold an All-Star caliber Alexei Kovalev to the New York Rangers for a couple of spare parts, and a $3,999,999.99 return, the largest amount the NHL would allow at that time. New York also took on marginal pieces from the Pens in Janne Lauakkanen and Dan LaCouture so Pittsburgh wouldn’t have to pay out those salaries

The Pens slumped to be one of the worst teams from 2001 onwards, until the course of the franchise was changed — and most likely saved — by wining a league-wide draft lottery to select Sidney Crosby. Crosby fortunately lived up to all his billings, and then some, as one of the greatest players of all time.

This is all to set up for why the Pens’ two biggest moves this summer are bringing back some major negative vibes about money.

On the surface, the Toronto trade is somewhat defensible in the sense the Pens gave up two future assets (a 2020 first round pick + prospect Fillip Hallander) in exchange for Kasperi Kapanen. The Pens say that Kapanen will be a top six winger, and I believe they’re not fibbing — even if Kapanen had dropped to third line status with Toronto. Still, he’s young and has a first round pedigree and has a 20 goal NHL season under his belt in his age-22 season. You can talk that into being a hockey move.

Even if, as we pointed out, there were significant financial benefits to this trade under the surface. The Maple Leafs front-loaded Kapanen’s contract, he carries a $3.2 million cap hit for the 2020-21 season and the 2021-22 season. But due to signing bonuses Toronto has paid, Pittsburgh only has to pay Kapanen a total of $4.2 million over the next two seasons to Kapanen, Toronto has already picked up $5.4 million out of the $9.6 million contract.

Pittsburgh also dropped minor league defenseman David Warsofsky in the Toronto trade, along with his hefty $400,000 down-side guarantee salary for next season. It’s a minor detail that has flown under the radar but certainly is not unimportant when considering organizational expenses. Warsofsky was Wilkes-Barre’s captain and a luxury piece. This is a clear sign the Pens are no longer in the business of carrying such luxuries.

Fast forward to today’s transaction to trade Nick Bjugstad and retain half of his salary cap hit in a trade with Minnesota for a conditional seventh round draft pick. A team literally couldn’t trade a player for less these days. As we wrote about just today, a Bjugstad move made a lot of sense considering his injury history and the fact his actual salary for 2020-21 was $5.25 million.

But this type of move, to retain a $2.05 million cap number instead of utilizing a buyout reeks of a team managing to the bottom line and not on the ice. Which is troubling since the Pens’ stated priority was to ice the best possible team to compete.

I’m not sure that can be the case anymore after the Bjugstad trade.

Obviously the trade market for an injured player like Bjugstad, in a flat cap world, was non-existent. The Pens were only able to shed him by retaining the maximum amount allowed speaks to that.

Instead, if Pittsburgh was gunning without financial concern, a buyout would have made sense. Bjugstad would have counted $600k against the cap in 2020-21, instead of the $2.05 million he will now with this trade. That’s a massive disadvantage in that department.

The advantage the Pens gained is they only have to deal with one year of a cap penalty for Bjugstad, a buyout would have meant an additional $1.75 million cap penalty in 2021-22.

The other advantage gained is to the expense line. A buyout would have meant a payment of $3.5 million in total to Bjugstad ($1.75m this season and $1.75m next season). Instead the Pens save in real money, half of the salary on Bjugstad ($5.25m) is a one year cash penalty of $2.625 million.

Pittsburgh saves almost a million in real cash, but to do that, they pay $1.4 million more in the difference of the buyout cap hit ($600k) versus this trade retention ($2.05m against the salary cap, since Bjugstad’s annual average value is less than his salary).

In all, instead of operating like a big market team and shelling out $3.5 million in real money total to make a problem go away, the Pens sacrifice cap space in 2020-21 to be able to pay less actual dollars.

That’s good for the bottom line, but bad for the product on the ice in 2020-21, since they’ll have $1.4 million less in cap space to spend to put the best team possible around Crosby and Evgeni Malkin in their quest to be contenders.

To be fair, at the end of the day this is NOT trading away some of team’s best players like Jagr and Kovalev almost strictly for money. But this Bjugstad to Minnesota with 50% retained, along with aspects of the Kapanen deal, show that the Pittsburgh Penguins are clearly not in a position to maximize their expenditures to chase championships like they did from 2008-20.

As it is, the Pens will likely spend $70+ million in player payroll in 2020-21 (see above link) and likely still risk losing money and running in the red in a world where the NHL as of now can’t even guarantee a full 82 game season right now.

It’s a covid world with an uncertain future, so it’s not even to say this is the wrong thing to do. If it was an avoidable situation where the team was willing to eat more money to free up cap space, they could have done that. But they chose very clearly not to do such a thing. And this has nothing to do with any perception of “the Pens don’t want to buyout a player”, being as they’re eating a penalty for Bjugstad to not play for this team anymore.

It’s the exact same situation and concept, but the Pens chose to maximize impact to the bottom line over leveraging their salary cap situation to spend more and gun for another title as best they could right now.

That might be a way of the world in 2020. But for those of us old enough to remember the shaky old days, dig under the surface of the moves the Pens have made, and there’s enough to really ring true to a very unsettling future.