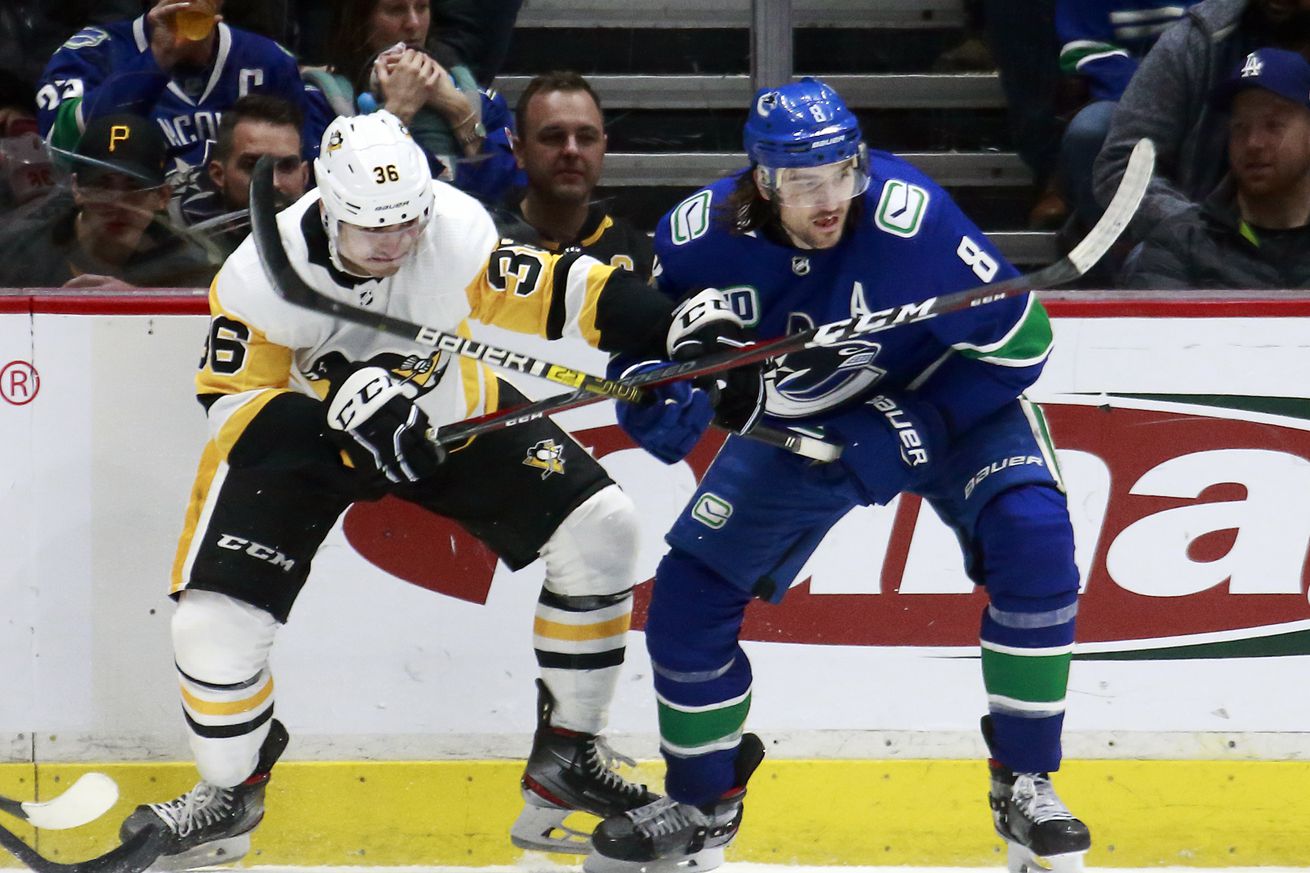 One of the major remaining areas for the Penguins to still address this season will be their depth on defense. After the Kasperi Kapanen trade the Pens are hoping they are set with their scoring line forwards. They also have only one goalie (Casey DeSmith) signed for next season, so the goal situation needs to be reworked. Their bottom six forwards could be a place to get younger and faster as well.

The defense will be addressed as well. Pittsburgh is expecting to lose Justin Schultz to free agency. They’ve already re-signed Chad Ruhwedel, to a contract extension for the 2021-22 season, which shows he’s in the Pens’ plans for a while. But Ruhwedel is probably better as pure depth and a seventh defensemen, which leaves the Pens to still need to replace Schultz’s spot in the lineup.

Free agency may be one area that the Pens turn towards. A trade could be in the works, but with limited cap space and trade chips, that will be a difficult pull to add an important player. Given the Pens’ recent handle on evaluating and signing of defensemen, candidates may be all over the map. They might give a youngster like Josh Maniscalco or Cam Lee a chance to “pull a John Marino” and make the leap from NCAA to NHL, but that seems like a lot of faith to have in unproven and untested players.

With an eye for NHL talent, here are some impending free agents that might make the cut financially.

The former Senator was traded at the deadline to the Winnipeg Jets. A right shot, DeMelo played an average of 20:09 in 59 games this season, scoring no goals but adding 10 assists. He had a bigger role with the bad Ottawa team, but settled into a third pair role with a stronger Winnipeg squad. His new coach, Paul Maurice, was enchanted with DeMelo’s defensive abilities and he’s a prime age at 27.

Winnipeg acquired DeMelo from the Senators on Tuesday in exchange for a third-round pick in 2020. The 6-foot blue-liner recorded three blocked shots while logging 18:36 of ice time, including 3:18 on the penalty kill.

“Coaches love those kind of games,” Maurice continued. “It’s not flashy, but his consistency with his stick, his reads, and then his passes … the ones he needed to snap hard he did and the ones he could feather and touch in there he did.”

Evolving Hockey projected DeMelo’s next contract at one year, $1.4 million or two years at $2.3 million annually. If the Pens could get that rate, it seems like a fairly sturdy, defensive defender who can block shots and kill penalties in Pittsburgh.

Pros: quiet, right shot, defensive minded, can play a regular role and isn’t old
Cons: not a high-end skill player, who knows what the market might hold

It would be a family reunion to get Chris to join brother Brandon Tanev in Pittsburgh, and perhaps a unique, small beneficial selling point that only the Pens could use in free agency to help persuade Chris to come east. Christoper Tanev has spent his entire 10-year career with the Vancouver Canucks as a steady defensive defenseman. With that has come no shortage of injuries to play a tough style of game, he’s never cleared 70 games in a full season (though he did play all 69 for Vancouver this season).

Evolving Hockey projects a reasonable salary: $1.7 million on a one year deal, or $3.3m for three years, the latter probably preferable for a player coming off of a five year contract worth $4.45 million annually. Tanev averaged 19:32 per game for the Canucks this season, and led their defensemen with over 3 minutes per game shorthanded.

The biggest candidate, figuratively and literally, the 35-year old Byfuglien opted to not play this season for Winnipeg as he battled a bum ankle that required surgery and had a dispute with the Jets about his status there, ultimately walking away from the last year of his contract, and had to be talked out of retiring at one point in what was called an emotional situation.

Byfuglien has only played 10 games since December 2018 when he initially hurt his ankle and now it’s even unknown about his playing days and if he wants to or would be physically able to continue his career.

Money doesn’t seem to be much of an issue or priority given how he left a lot of money on the table in 2019-20 and has career earnings around $58 million. If Big Buff is seeking a good team/situation for himself to end on a better note, there seems to be a match in Pittsburgh.

Pros: great career, Stanley Cup champion with Chicago in 2010, excellent puck skills
Cons: old, hasn’t been healthy and might not even be available

Well, we know Jim Rutherford has a history of turning to players he knows and likes, and that certainly qualifies to 2017 Stanley Cup champion Ron Hainsey in Pittsburgh and as well back in the day in Carolina.

Hainsey, 39, just keeps on ticking. He actually had an impressive age-38 season last year in Ottawa in a large role (playing 20:41 per game), suggesting he still has a bit in the tank. One thing Hainsey has never been is a bargain, signing with Toronto for $3.0 million in 2017 and then getting a $3.5 million contract in Ottawa. He probably wouldn’t come for a discount, but what’s the market on a 39-year old defender?

Hainsey is a left shot but has proven over the years to be serviceable on either side. He probably wouldn’t have to be in a first pair role like he was in Pittsburgh in the playoff run, but in the right situation still has something to offer.

Gudas can be a fairly contradictory player. His Corsi results are surprisingly strong, he’s been a 51%+ player in five of the last six seasons, including last season in Washington, showing an ability to help drive puck possession. However despite also driving a positive xGF over the years, Gudas’ overall miscues and some of his shortcomings have led him to fall out of favor in Philadelphia and with the Capitals, including this season where he ended up the playoffs more as the No. 7 defenseman than the No. 6, playing 16:44 in the regular season but that included a regular stint on the penalty kill.

At 6’0, 205, Gudas is a sturdy player who isn’t afraid to play a tough and physical game, which probably won’t hurt his perception among league managers like the one in Pittsburgh who have been known to favor such a player.

Pros: impressive advanced stats, physical edge
Cons: not typically liked/trusted by teams as his stints have gone on

Remaking the bottom of the defense is an important task for the Penguins, and surveying free agents like the ones above could make for candidates to add if the stars aligned.