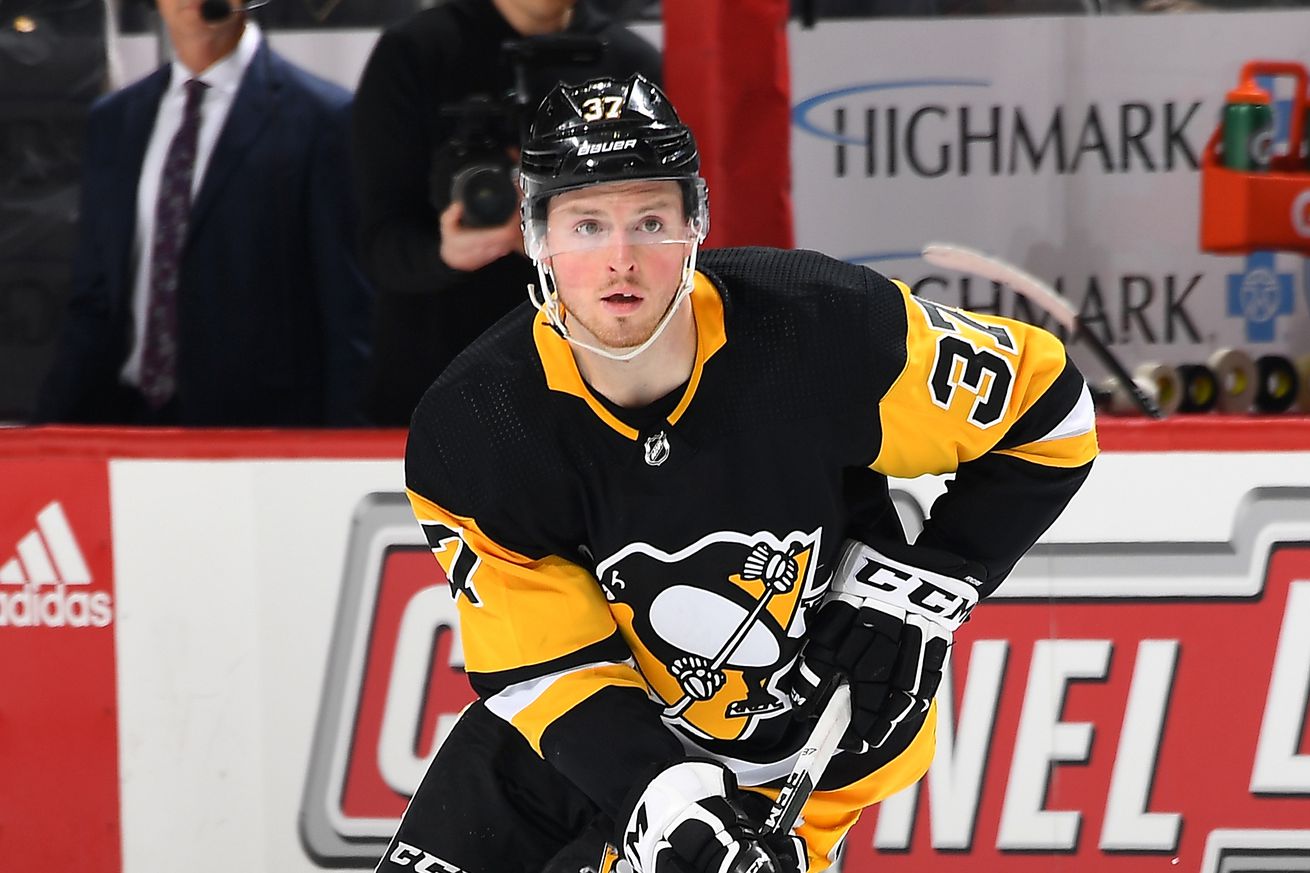 Hollidaysburg’s own Sam Lafferty will be sticking with his club, signing a two-year contract extension with the Penguins today.

The Penguins have re-signed forward Sam Lafferty to a two-year contract.

“We have been very pleased with Sam’s development,” said Rutherford. “His size and speed are big advantages in today’s game, and we like what he brings to our lineup.”

Lafferty, 25, spent the majority of his rookie season with Pittsburgh in 2019-20. In 50 games, the forward recorded six goals, seven assists and 13 points with a plus-5. His six goals were tied with John Marino for the Penguins rookie lead.

Lafferty’s analytics weren’t great, but there’s no denying the boost of speed and energy he provides. With 11.8 hits/60, Lafferty was also willing to get in on the forecheck and throw his body around as well as a physical presence.

Lafferty also led the WB/S Pens forwards in scoring in his age-23 season (49 points in 70 games) leaving the suggestion of a bit of skill in his game. We’ve seen it in flashes in the NHL too, Lafferty isn’t without showcasing a bit of keeping up in the hands department.

The skill level of NHL players never fails to blow me away. Here, Sam Lafferty (6 career goals, 9:37 TOI/GP) sets up the shot by flaring wide with a series of crossovers, then shoots far-side in-stride. I wouldn’t expect that from a top-line CHLer — just another shot in the NHL. pic.twitter.com/QCi4o5ZTBT

The Penguins now go into tomorrow’s free agency with about $3.968 million in cap space. Lafferty should compete for a spot in the opening night lineup, especially with the off-season shoulder surgery for Zach Aston-Reese. At a near minimum NHL salary, this is a good deal for the team. It’s also a “one way” contract, meaning it pays the same in the NHL or AHL, which is a nice way to lock in a job and paycheck for a young player, and a sign his AHL days are likely in the past on his current career trajectory.

Works out well for both parties and is a nice detail to get taken care of so the team can be ready for free agency.