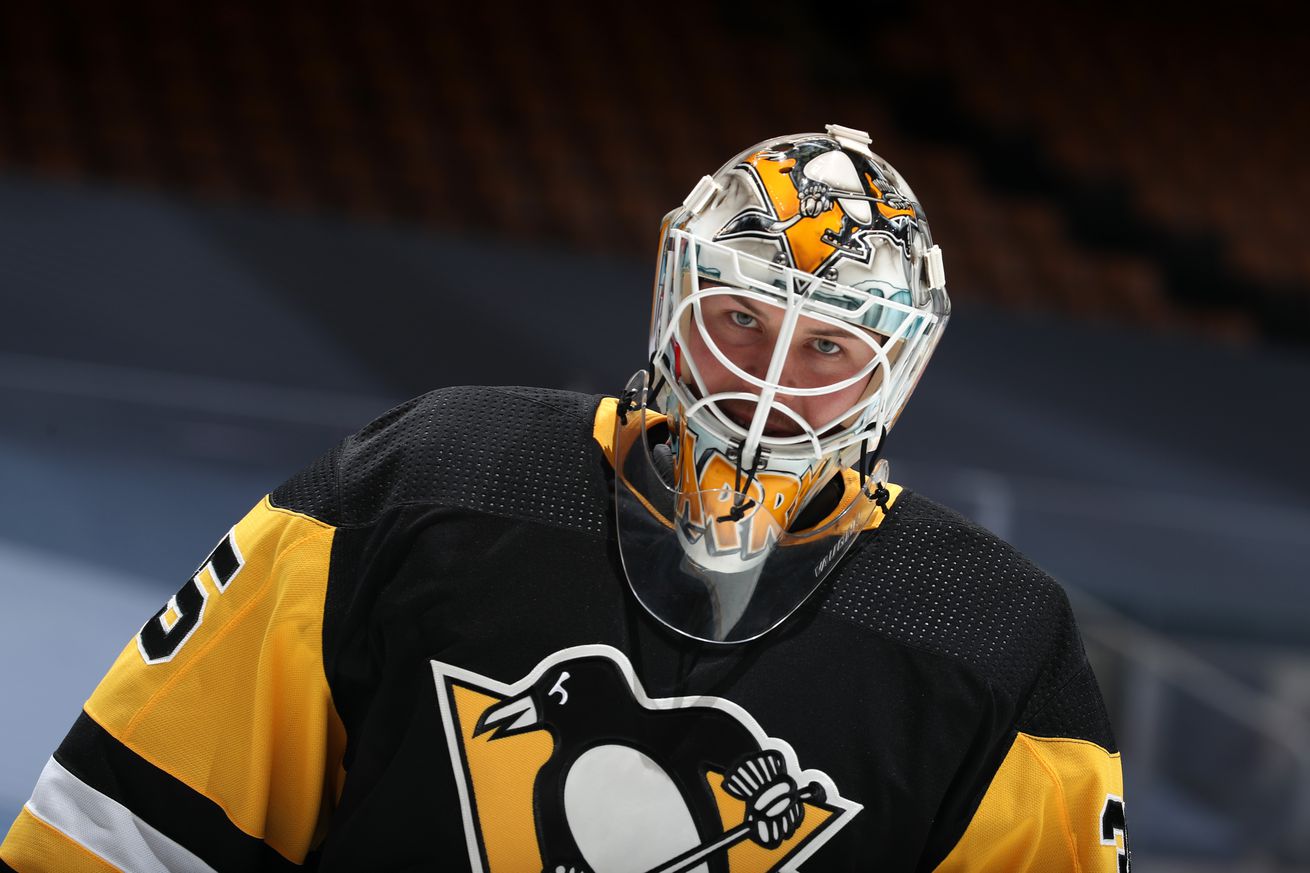 One of them was a little … surprising.

Let’s start with the Hart Trophy, awarded annually to the NHL’s Most Valuable Player.

Evgeni Malkin finishes 10th in the voting with one fourth place vote and five fifth place votes which seems pretty fair. He had a great bounce-back year and was probably the Penguins’ best and most valuable player overall, but he was not quite at the level of players like Leon Draisaitl, Nathan MacKinnon, David Pastrnak, Connor McDavid, etc.

But look allllllllllll the way down there at No. 17.

Somebody gave Tristan Jarry a fifth-place vote in the MVP voting.

Did not expect that at the start of the season.

He finished sixth in the voting a year ago (three second, 14 third place votes, 11 fourth place votes and 21 fifth place votes). Letang finished the season with 15 goals and 29 assists (44 total points) in 61 games. He is still the Penguins’ top defenseman.

This is the one that I have a problem with because eighth?!

I would not put him on the same level as Cale Makar, Quinn Hughes, Adam Fox, or even Dominik Kubalik or Elvis Merzlikins. So I have no real quibble with him being outside of the top-five. The top three defensemen are in a class all their own this year (especially Makar and Hughes), and Kubalik and Merzlikins both had absolutely great seasons.

But you are going to have a difficult time convincing me that MacKenzie Blackwood and Victor Olofsson were better rookies than Marino.

Then finally we have the Vezina Trophy, as voted by the NHL’s 31 general managers.

Jarry gets one third place vote, wrapping up a wildly successful year for the Penguins’ goalie that saw him play in the NHL All-Star Game, get an MVP vote, and get a Vezina Trophy vote.

You can check out the Penguins’ results for the other 2019-20 NHL awards by clicking right here.