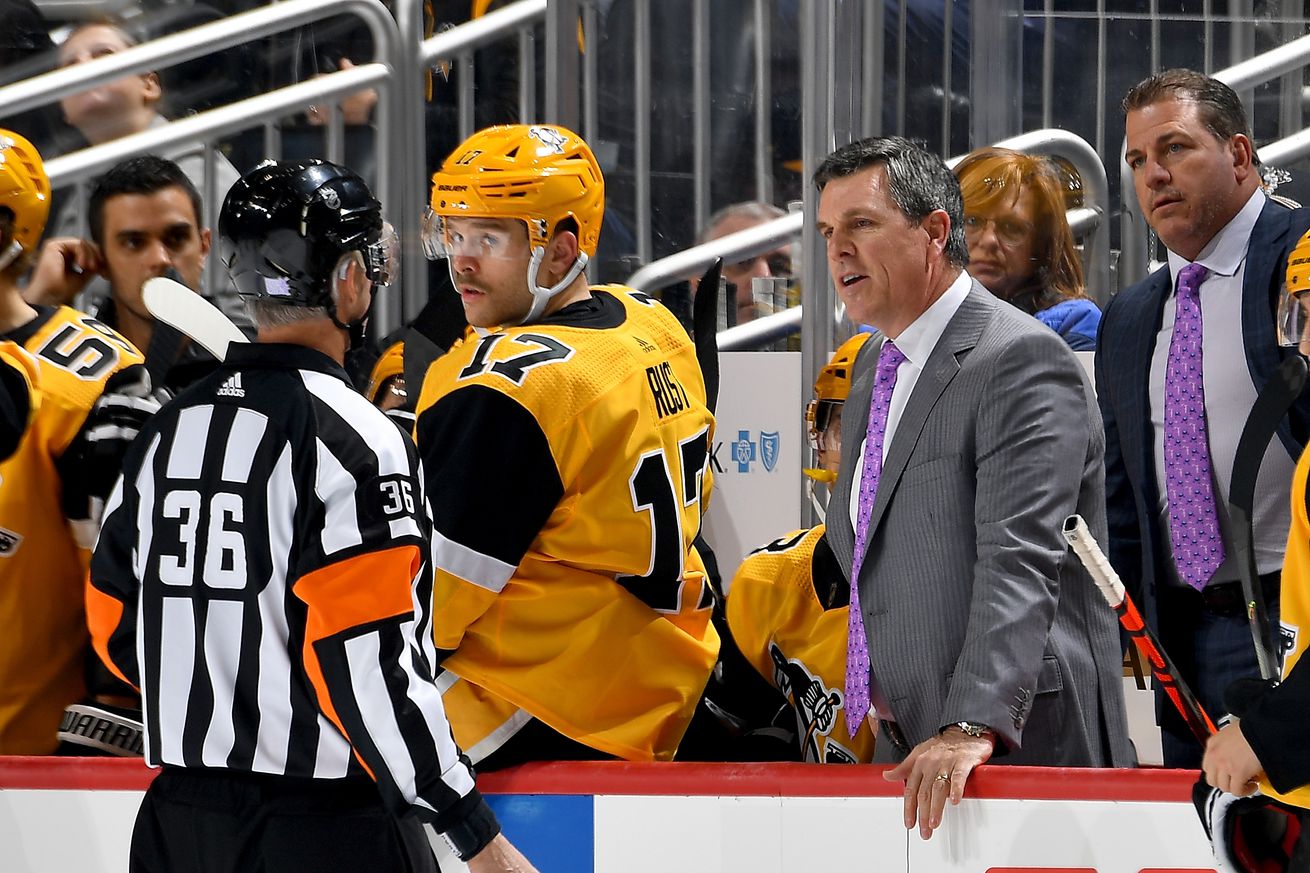 Not much going on for the Pens in the league awards so far, but we’ll check on players who have gotten votes

The NHL has been trickling out one award per day now, since there is not going to be a big end of season party in Vegas to announce them all. The Penguins weren’t expected to have any real contenders, and so far that has held up, but some have received votes, so let’s check in on that to start your Monday.

Congratulations to Nathan MacKinnon of the Colorado Avalanche on winning the Lady Byng Memorial Trophy for the 2019-20 season.

Here are the ballots from members of the Professional Hockey Writers Association: https://t.co/43B98I3NHl

Sidney Crosby shows up in 23rd place on the strength of a first place vote. Sid had just 15 PIMs in 41 games this season, which was his lowest penalty minute per game season of his career. Patrick Marleau was in 26th place with a couple of odd votes as well.

Lady Byng winner Nathan MacKinnon said that he and Sidney Crosby were joking the other day that Nathan has now won an award that Crosby hasn’t.

“I got the Calder and the Lady Byng now on him,” MacKinnon said Friday after winning the award for sportsmanship and gentlemanly conduct. “That’s about it. That’s probably all I’ll ever get on him.”

I’m sure both would love to share a gold medal for Canada in 2022, but we’ll just have to see about that in the future.

Sean Couturier from Philadelphia won the Selke this year.

Congratulations to Sean Couturier of the Philadelphia Flyers on winning the Frank J. Selke Trophy for the 2019-20 season.

Here are the ballots from members of the Professional Hockey Writers Association: https://t.co/86HI0woyJL

Pittsburgh’s buzzsaw line of Brandon Tanev (18th place), Zach Aston-Reese (25th) and Teddy Blueger (26th) all picked up a few hometown votes, and all fairly deserved for the qualification of “best defensive forward”, even though most voters treat this as “best two-way forward” an incorporate offensive contributions.

Evgeni Malkin also got two votes, which, um, ok. Great season for Geno, but he didn’t play a defensive or PK role at all and this wasn’t really a place to vote for him for this award.

In the award that the Pens should have had the best chance to win, Mike Sullivan had some support finishing 6th but was far away from consideration for coach of the year.

Official vote totals for
Jack Adams Awards for Coach of the a Year. pic.twitter.com/gmAeoDLoJP

In a lot of ways, I think Sullivan should have placed higher for the job he did in the regular season. Sure, he played Jack Johnson in a first pair role from December-March for flawed and poor reasons, but Sullivan managed the goalie situation well, and also patchworked a very injured lineup into the seventh best points percentage in the regular season.

The Islanders’ Lou Lamoriello won GM of the year, which was kinda weird since almost all the pieces in place for NYI have been there since he got to town. But Lamoriello did add Semyon Varlamov and Jean-Gabriel Pageau and that has helped NYI along.

Ottawa’s Bobby Ryan “won” the Masterton ahead of fellow finalists Oskar Lindbolm and Stephen Johns, but there aren’t really and losers in this award, and it’s kind of weird to vote on which malady or circumstance or whose dedication is more than anyone elses.

THAT’S OUR CAPTAIN!@MarkGio05 is this year’s recipient of the Mark Messier Leadership Award, which recognizes a player as a superior leader on the ice and in the community! pic.twitter.com/CWPYLOEceX

Most of the major awards like the Hart, Norris, Ted Lindsay, Calder and Vezina are still to be named. There are no Penguins involved as finalists.