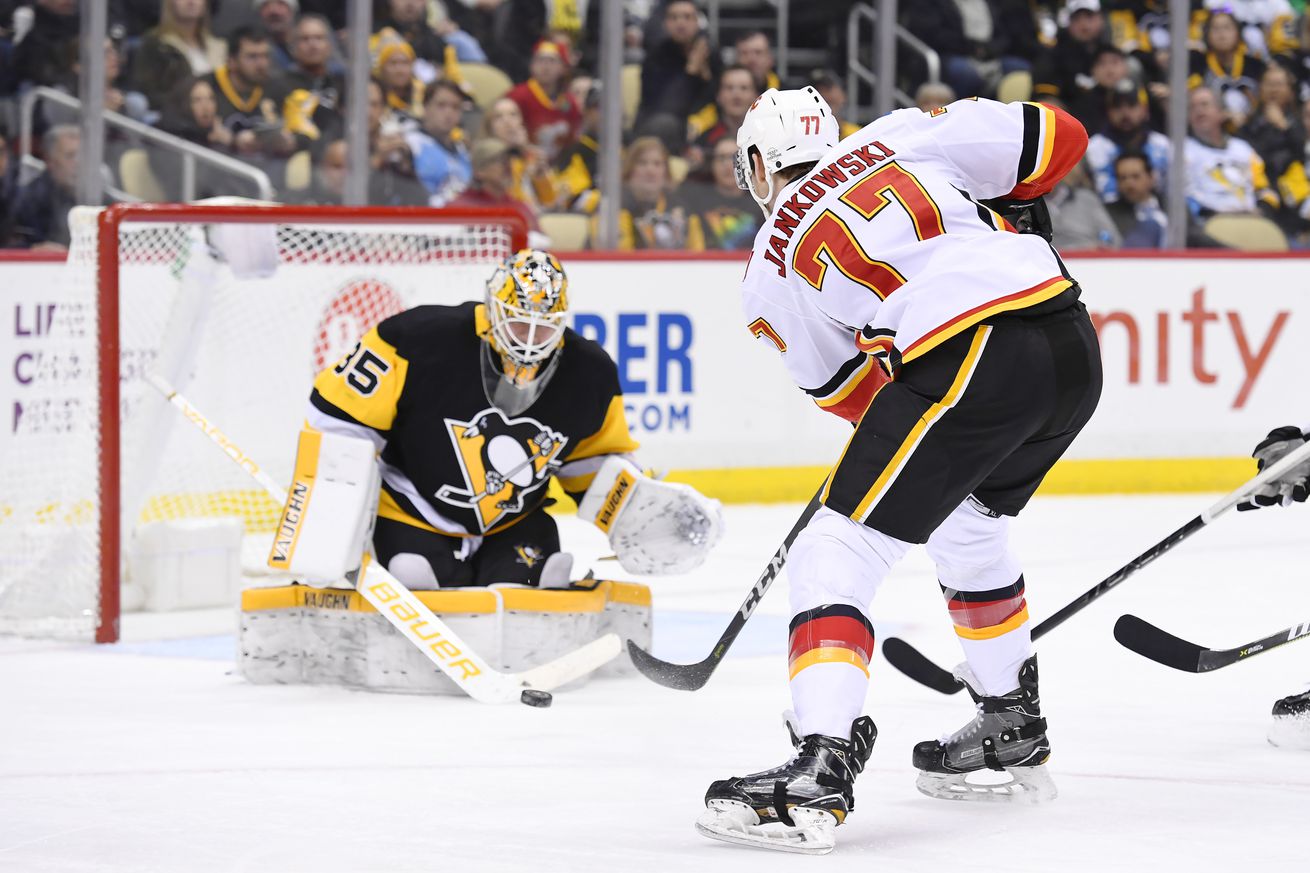 The Pittsburgh Penguins have dipped into the free agent market to bolster their forward corps again. After news broke with the return of Evan Rodrigues to Pittsburgh, the Pens have struck again and added center Mark Jankowski.

Jankowski received the same minimum salary as Rodrigues — one year at a $700,000 rate.

Jankowski, 26, was a first round pick in 2012 by the Flames. He has spent the past few years in Calgary but was not given a qualifying offer this week and became a free agent. Over the past few years he has developed into a limited player at even strength but has been a solid penalty killing option. At 6’4 and 212 pounds, Jankowski will also add some size to the Pens.

Mark Jankowski is a good defensive forward who isn’t good for much else #LetsGoPens https://t.co/wKF9CjjTMM pic.twitter.com/BaMopzFvzl

Mark Jankowksi (with Pittsburgh, I assume cheap as) is a good defensive forward. pic.twitter.com/nOYaaJwRuB

The Pens were looking to get younger and these two signings today with Jankowski and Rodrigues fit that profile to give the team lower-lineup options that have some flexibility. After these two signings Pittsburgh has a little more than $2.5 million dollars in available salary cap space.