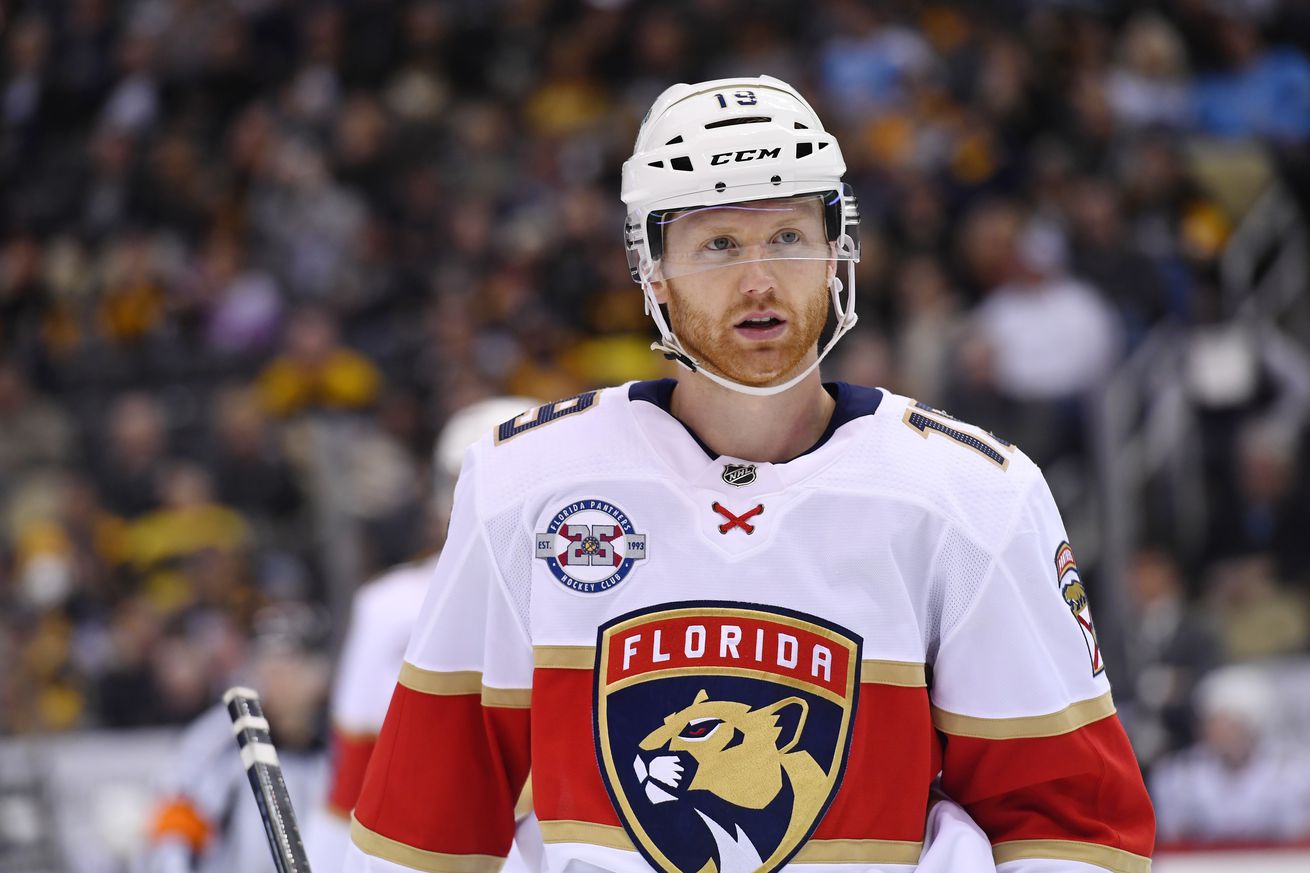 The long rumored deal has been completed.

Following a day of uncertainty, the Penguins have officially traded forward Patric Hornqvist to the Florida Panthers in exchange for defenseman Mike Matheson and forward Colton Sceviour.

The Penguins have acquired defenseman Mike Matheson and forward Colton Sceviour from the Florida Panthers in exchange for Patric Hornqvist.

It was originally reported yesterday that the Penguins and Panthers were in trade talks surrounding Hornqvist and Matheson but now the trade is official and includes Sceviour coming to the Penguins along with Matheson.

There were no other picks or prospects moved either way as a part of the deal.

Contract wise Matheson is signed for another six seasons at a price tag of $4.875 million against the salary cap through 2025-26. Sceviour has one year left on his current contract that comes with a $1.2 million cap hit.

Moving Hornqvist has long been a possibility as he has aged and his role in the lineup decreased. He has three years left on his contract with a $5.3 million cap hit, slightly less than what the Penguins will be paying Matheson and Sceviour combined next season.

“First, this was a difficult decision to say goodbye to a terrific person and player in Patric,” said Rutherford. “He was a huge part of our success over the last six seasons, including back-to-back Stanley Cup championships, and we wish him nothing but the best.

“Mike is a young, skilled defenseman with great offensive instincts who plays with speed and has a good shot, while Colton is a solid veteran player who has a lot of experience on the penalty kill.”

As for what Matheson and Sceviour bring to the Penguins, look for Matheson to play a role on the third blue line pairing while Sceviour projects to fill a bottom-sox role with a huge emphasis on his penalty killing ability.

Mike Matheson, reportedly heading to Pittsburgh, is a bottom pairing defenceman with well below-average impacts at both ends of the ice but hey apparently he’s got a nice shot! #LetsGoPens pic.twitter.com/Ym456umujE

Another thing to consider with this deal is how it furthers the already packed left side of the blue line for the Penguins. With Brian Dumoulin, Marcus, Pettersson, Jack Johnson, and Juuso Riikola already under contract, brining in Matheson just adds to the log jam. We already expect more moves to be coming from Rutherford and it increasingly looks as if a LD will have to be moved at some point just to create space.

This will be a hard goodbye for the Penguins, as Hornqvist was the first piece of what became back-to-back Stanley Cup champions. He was the first trade made by Jim Rutherford when he took over in 2014, and now is on the way out the door.