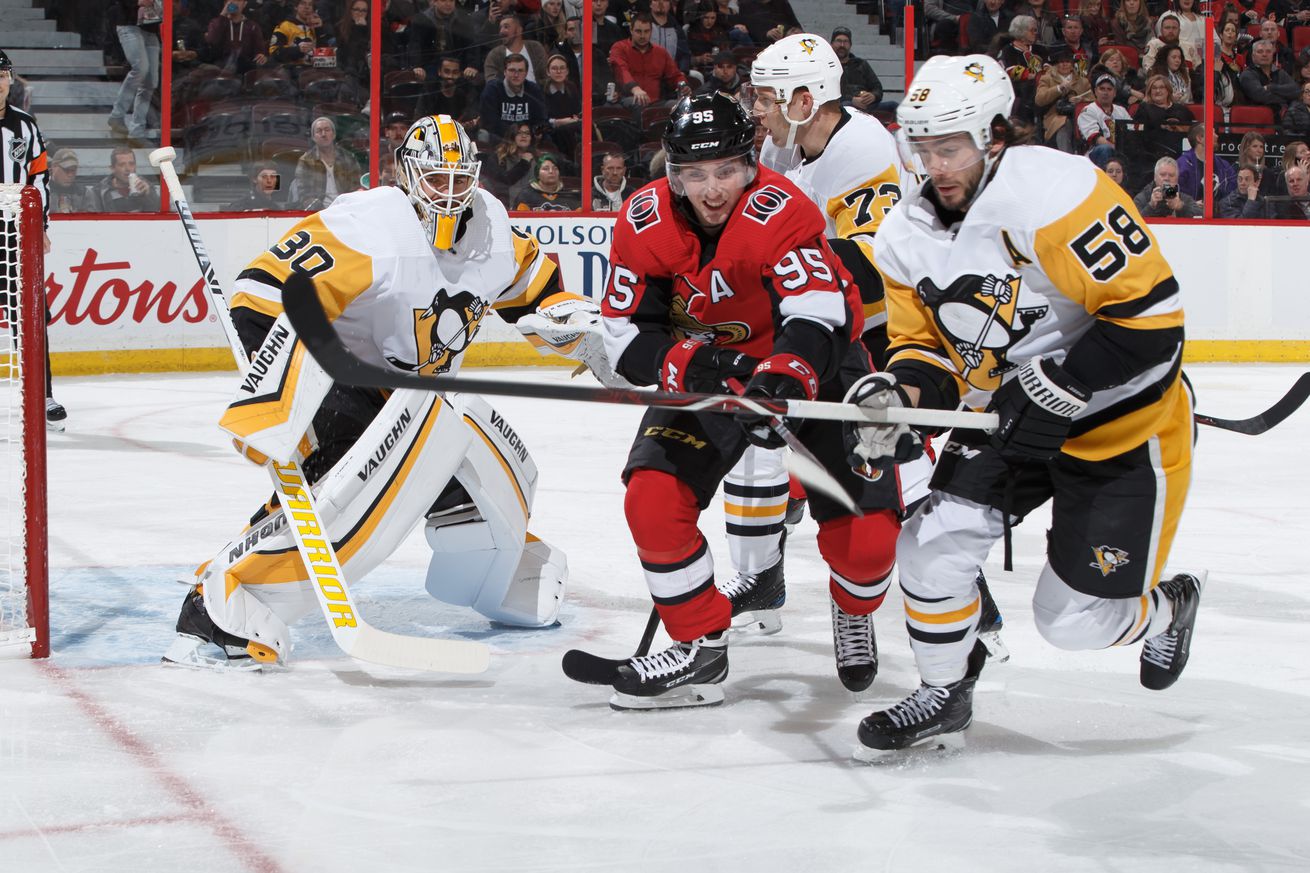 The Penguins announced a long-expected move with Matt Murray getting traded. The landing spot is an interesting one, it’s the Ottawa Senators.

In return the Pens get a 2nd round pick today (52nd overall) and prospect (and presumably not Oakland Raiders head coach) Johnathan Gruden.

TRADE ALERT : The Penguins have acquired forward Jonathan Gruden and a 2020 second-round draft pick (52nd overall) from the Ottawa Senators in exchange for Matt Murray. pic.twitter.com/lag06QAFaU

The 52nd overall pick is towards the middle-end of the second round, originally belonging to Columbus. It will be the highest pick the Pens have had this season.

Gruden, 20, is a product of the US’s National development program and spent last season with the powerhouse OHL team London Knights. Gruden was a 4th round pick of Ottawa’s back in 2018.

As for Gruden’s overall skillset, he’s best described as an all-around player. While he doesn’t have one particular skill that stands out, he doesn’t have a particular strength either. His skating is good, but not great. His puck skills aren’t all that creative, but he carries it with confidence. He isn’t an overtly physical player, and at 6’0” and 170 lbs, he definitely came across as one of the more slight players at this year’s annual development camp

Pittsburgh doesn’t have a lot of young forward prospects, so that helps stock the system a little bit at least.

Murray, a restricted free agent, leaves after an up and down career that saw Stanley Cup success twice, followed by some disappointing first round losses. His next challenge looks to be to helping a young, rebuilding Ottawa team re-find their footing.