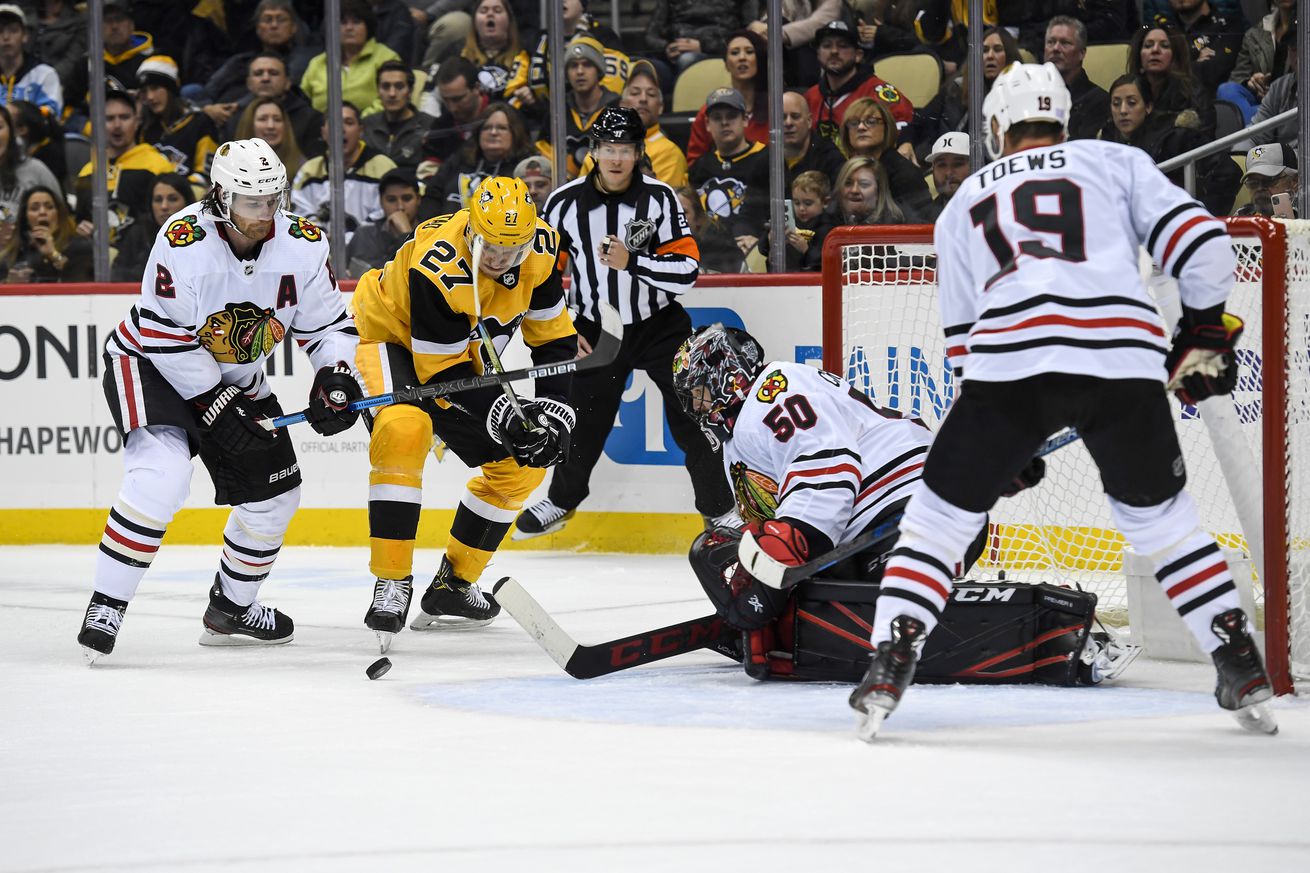 Pittsburgh clears some salary space by moving out Nick Bjugstad

The saga of Nick Bjugstad has come to an end. The Penguins announced on Friday night that they dealt the big center over to the Minnesota Wild for a conditional seventh round draft pick.

The Penguins have acquired a conditional 2021 draft pick from the Minnesota Wild in exchange for forward Nick Bjugstad.

The conditional pick will give the Penguins five picks in the 2021 draft.

From the Pens media release:

The Pittsburgh Penguins have acquired a conditional 2021 draft pick from the Minnesota Wild in exchange for forward Nick Bjugstad, it was announced today by executive vice president and general manager Jim Rutherford.

The Penguins are retaining a portion of Bjugstad’s salary for the 2020-21 season.

This is the second time in the last year that the Pens have made a big salary disappear for a seventh round pick, as you might remember they traded defenseman Erik Gudbranson and his $4.0 million hit to Anaheim for a minor leaguer and a late draft pick.

Interesting that Pittsburgh will retain some salary on Bjugstad, though they didn’t officially specify what that is. As we pointed out just earlier today, a buyout would have meant a $1.75 million cash expenditure this season and next for Bjugstad on his $4.1 million cap hit that had one more season on it. NHL teams can only retain a maximum of 50% of the salary, so in the financial books the Pens will come out ahead on money, no matter what the retention was.

Otherwise, this is just another change in what is sure to be many more. The Pens have said they wanted to get younger and faster. Bjugstad, 28, isn’t exactly old, but he’s 6’6 and a lumbering skater who has dealt with a hernia surgery and then a neck surgery in the past year and isn’t exactly fleet of foot.

It’s a shame for Bjugstad that he couldn’t stay healthier and possibly make a difference, in his heyday he was a 20 goal scorer with Florida and had a career-high in points of 49 there. That’s not bad. But he just wasn’t able to put it together in Pittsburgh with his body betraying him to the tune of only 13 games this season.

This move will clear salary space and enable the Pens to try and get younger and quicker. Pittsburgh currently has $69.6 million in player cap hits next season dedicated to 18 players. They still need to make multiple additional moves, including in goal and at forward to round out a roster. The upper limit is $81.5 million for next season, though reportedly the Pens will look to not be a cap maximum team in the era of covid related uncertainty for their revenue for the 2020-21 season.