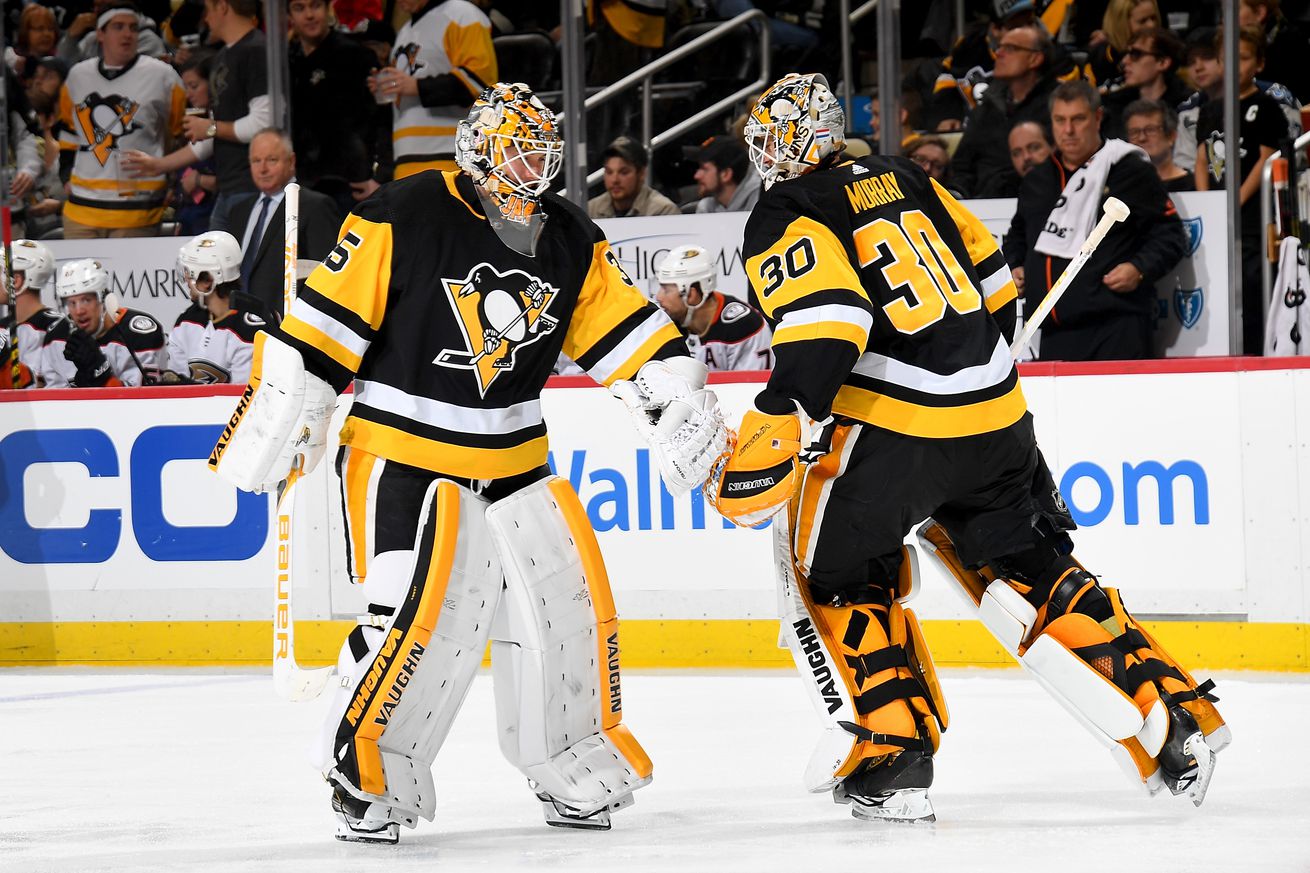 It’s been well documented at this point that Penguins GM Jim Rutherford likes to make trades — often doing so to undo a former mistake or to use trade capital gained in another future trade.

It seems that the Penguins are looking to trade one of their goaltenders in Matt Murray or Tristan Jarry, and the past few days have given no reason to think otherwise.

According to Darren Dreger, the Penguins have at least one offer on the table for Matt Murray, who is a pending restricted free agent.

The Maple Leafs, Oilers, Flames, Senators, Sabres and Avalanche are among those mentioned by Frank Seravalli as teams that could be suitors for Murray.

Toronto and Colorado came up in conversation from Mark Madden as well.

You’re starting to hear about interest for Matt Murray: Toronto. Colorado. All it takes is for one team to see him as he was, not as he is.

Madden also made mention of it being at least a possibility that Marc-Andre Fleury could return to the Penguins.

It’s far, far, far from a definite. But there’s at least a possibility Marc-Andre Fleury could return to the Penguins. More on tomorrow’s show. @1059thex

Two mentions of Toronto and Colorado feels like it might be too much ‘where there’s smoke, there’s fire’ situation.

We know Rutherford is looking to make changes to the team.

Moving out a pending restricted free agent in 26-year old Matt Murray and bringing back 35-year old Marc-Andre Fleury would feel like the craziest possible outcome in all of this, but I don’t think you can rule anything out with Jim Rutherford.