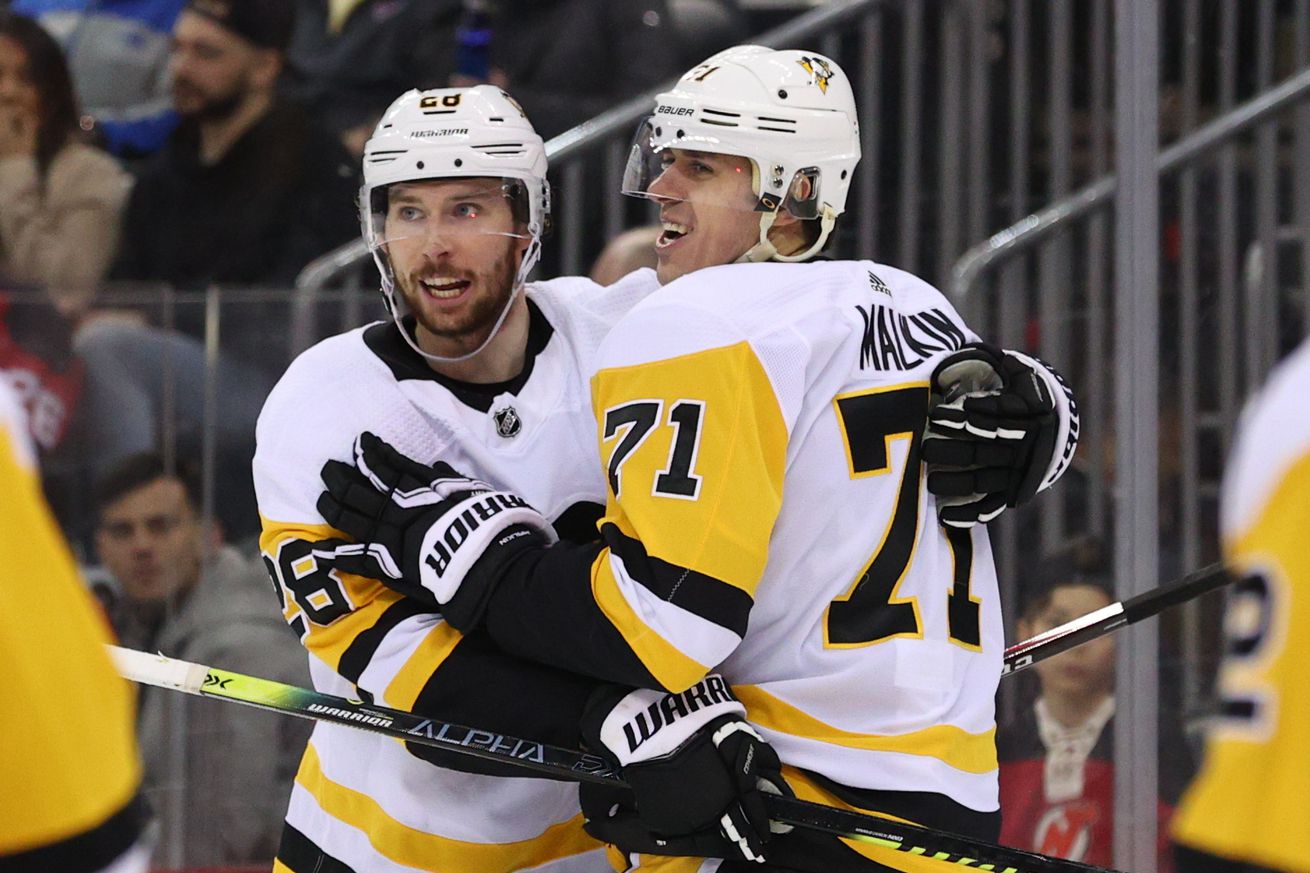 There’s a recap of last night’s game, Nick Bjugstad is out again, and the coronavirus may be starting to impact Penguins games. All that and more in today’s Pens Points.

Here are your Pens Points for this Wednesday morning…

The Penguins kicked off a 3-game road trip last night by heading into New Jersey to play the Devils. Evgeni Malkin led the way with two goals in the contest to cement a convincing 5-2 win over NJ. [Recap]

As the NHL continues to monitor the coronavirus, Penguins games could soon be played in empty arenas around the league. It looked like that was going to be the case for the game against the Blue Jackets tomorrow, but fans will be allowed to attend games in person for now. [Pensburgh]

Nick Bjugstad is considered ‘week-to-week’ after sustaining another injury that is unrelated to the injury he just came back from. [Trib Live]

Ex-Penguins defenseman Alain Nasreddine is grateful for his opportunity with the Devils. [Trib Live]

A simple question, but one that bears repeating after this slump: what’s wrong with the Penguins? [Post-Gazette]

The Penguins have made it official and have signed college free agent Drew O’Connor to a two-year deal. [Penguins]

Should the NHL change the playoff format? [ESPN]

The NHL and San Jose Sharks will adhere to a ban on mass gatherings enacted by Santa Clara County in California through the end of March in response to the spread of the coronavirus. Now the only thing to figure out is how the Sharks and co. will go about San Jose’s home games for the rest of the month. [NHL]

Who’s in the race to hit the 50-goal mark this year? [NBC Sports]