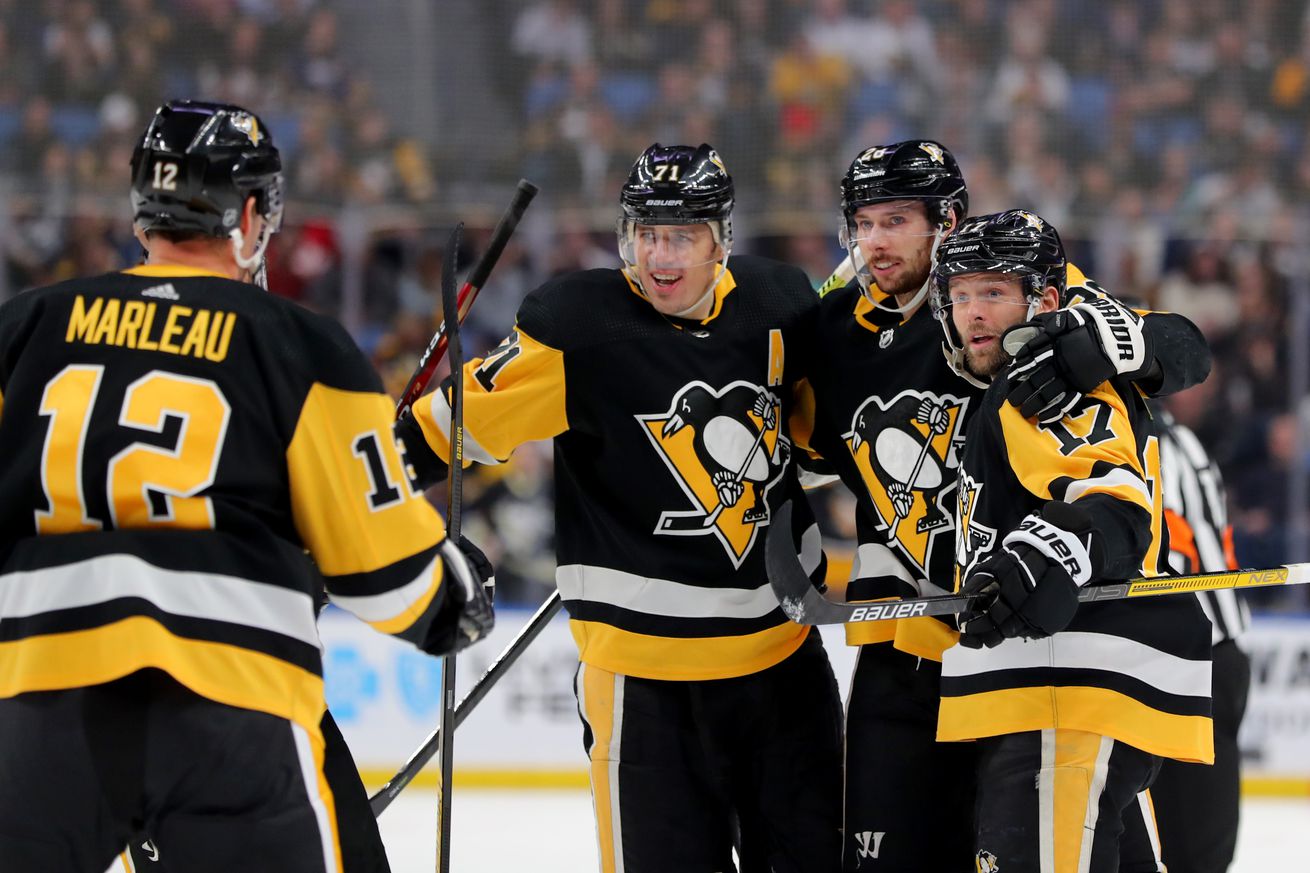 There’s a recap of last night’s game, Nick Bjugstad is back, and a new music venue looks to be coming to Pittsburgh. All that and more in today’s Pens Points!

Here are your Pens Points for this Friday morning…

The game last night saw the return of forward Nick Bjugstad, who had missed the previous 46 games due to injury. [Post-Gazette]

The Penguins and Live Nation will collaborate on a new music venue at the site of the old Civic Arena. [Post-Gazette]

Penguin-turned-Sabre Dominik Kahun is eager for a fresh start with Buffalo. [Trib Live]

John Tortorella doesn’t have the time to take selfies. [Yahoo]

Golden Knights goaltender Robin Lehner had a crucifix imprinted on his chest by a hard shot. Now, that sentence alone makes it a pretty crazy story. But also add to the equation that Vegas was playing… the New Jersey Devils. [MSN Sports]

Rangers forward Mika Zibanejad scored five goals(!) last night to help get a crucial win over the Capitals in one of the craziest games you’ll see all season. [Blueshirt Banter]