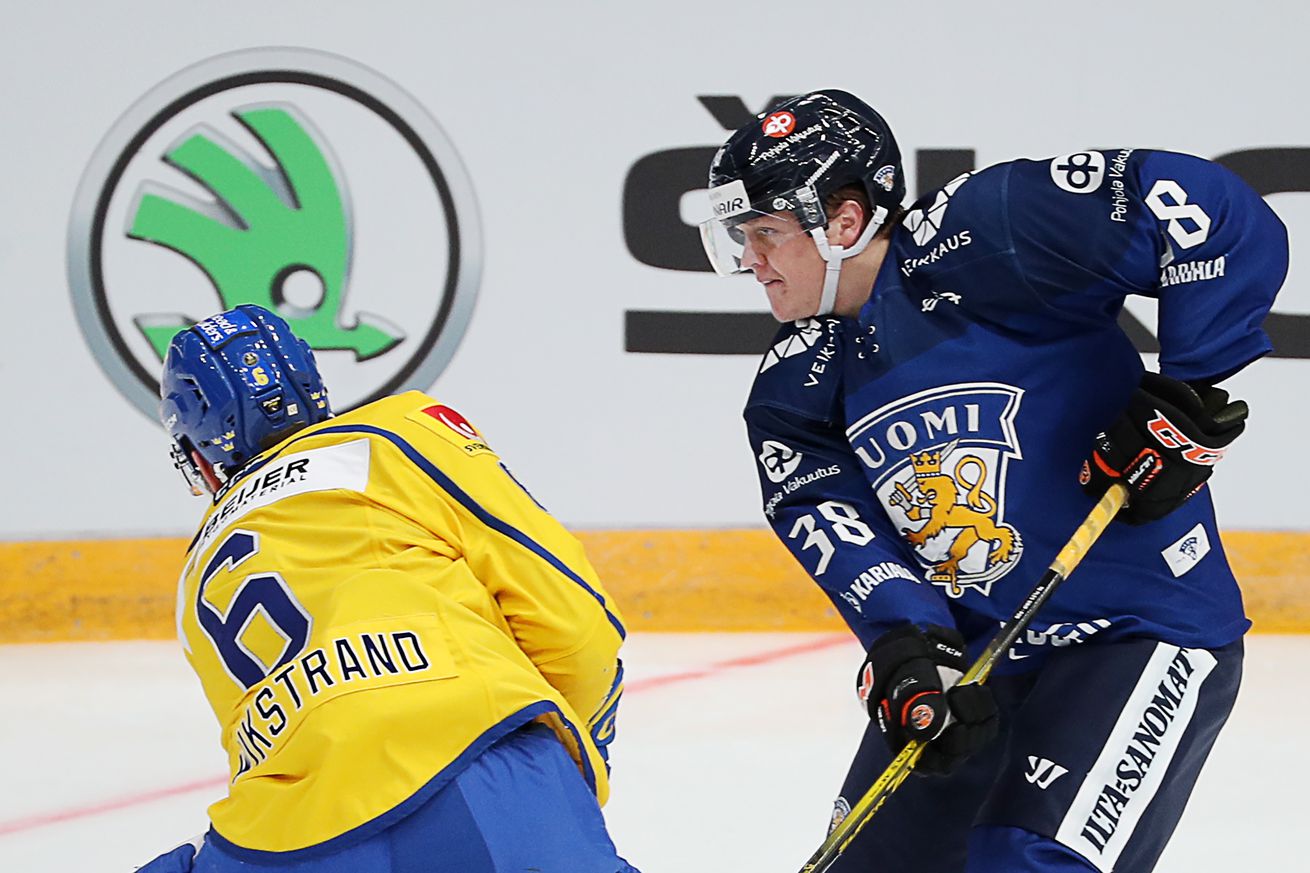 Penguins forward prospect Valtteri Puustinen scored twice for HPK today in a 7-2 win against Pelicans in the Liiga.

It was his first game since Oct. 1 due to being quarantined.

His second goal was a nifty one-timer. pic.twitter.com/mXNKdX8oTC

Valtteri Puustinen is an exciting young forward prospect for the Penguins. His start with the team was inauspicious enough as a pick in the seventh round of the 2019 draft. Puustinen rewarded the over-age drafting strategy the team has used by putting up 40 points in 54 games in the high-level Finnish Liiga, his first full season in there at age-20.

Puustinen even has been compared as the “Kuopion Phil Kessel” and as you can see in the YouTube highlight above that style translates on ice with a right handed shot that is a weapon in the offensive zone with a quick shooting release.

Finnishjuniorhockey.com had the following profile and recap of Puustinen’s season:

The 5’9″ winger has many good elements in his game. He is very crafty offensively and has a lot of puck skill. He has the ability to make unpredictable plays that catch defensemen and goalies off guard. As an example, he scored a highlight-reel, between-the-legs goal which showed off his creativity with the puck. He is smart and does not force the game – he takes what is given to him. He reads the game at a high level. Puustinen is a strong skater with a quick first step and good initial burst. The Pittsburgh Penguins seventh rounder is an intriguing prospect who has a chance to exceed the expectations of his draft position.

Here’s the highlight they mentioned:

Wow! What a goal by HPK forward and Penguins prospect Valtteri Puustinen pic.twitter.com/YDpntsqEWs

Puustinen is off to a hot start again with HPK in the Liiga this season, scoring eight points in six games to start 2020-21, where he was scheduled to play this year. He has missed half the team’s game so far due to a quarentine and also missed a handful of games last season so durability may be a concern, as it can be for a smaller player.

However, from the highlights it’s clear that Puustinen displays fearless qualities and looks unbothered by going to the front of the net and high-traffic areas to try and score, which is always a good sign to see a player with the hunger to go into dangerous areas, get knocked down but still score.

The Pens often mine for late round picks and undrafted free agents to attempt to find diamonds in the rough. They all don’t pan out, but as of now it doesn’t really matter where or how Puustinen got into the organization, the credit goes to finding him and so far seeing his value improve with solid results in Finland. Puustinen is unsigned and the Pens need to sign him by June 1, 2021 to retain his rights.

For a complete realistic “best case scenario”, Puustinen would be with the Pens in 2021-22 for his age-22 season, serve a brief apprenticeship in Wilkes-Barre and score enough there to earn a look in the NHL. This would put him on a similar path as Jake Guentzel, who basically did the same thing in 2016-17 in what was Jake’s age-22 season.

However, Puustinen will have to overcome being a “Pesonen”, as in Janne Pesonen who was a mild hockey YouTube sensation with a flashy Finnish highlight reel that didn’t have what it took to make it in the NHL (though he did produce points a-plenty in his lone AHL season!) Pesonen was in his age-26 season that year, significantly older than Puustinen. Some observers, like The Athletic’s Corey Pronman question Puustinen’s quickness and being 5’9 makes for natural questions on how he will translate to a game on a smaller rink.

But back in the here and now, the future looks bright for Puustinen in his age-21 season. As he’s shown in the past 14 months or so, he is an elite point-producer in Finland. The Penguins do not have a large amount of quality forward prospects in their system, so he represents an exciting prospect to track and ideally see how he would fare in the North American game to see if his offense and ability would translate into one day becoming a contributing NHL player.

As of now, hopefully he continues to grow and succeed with HPK and ideally signs his first NHL contract when the Finnish season is over so that the next step of his career will happen sooner than later.