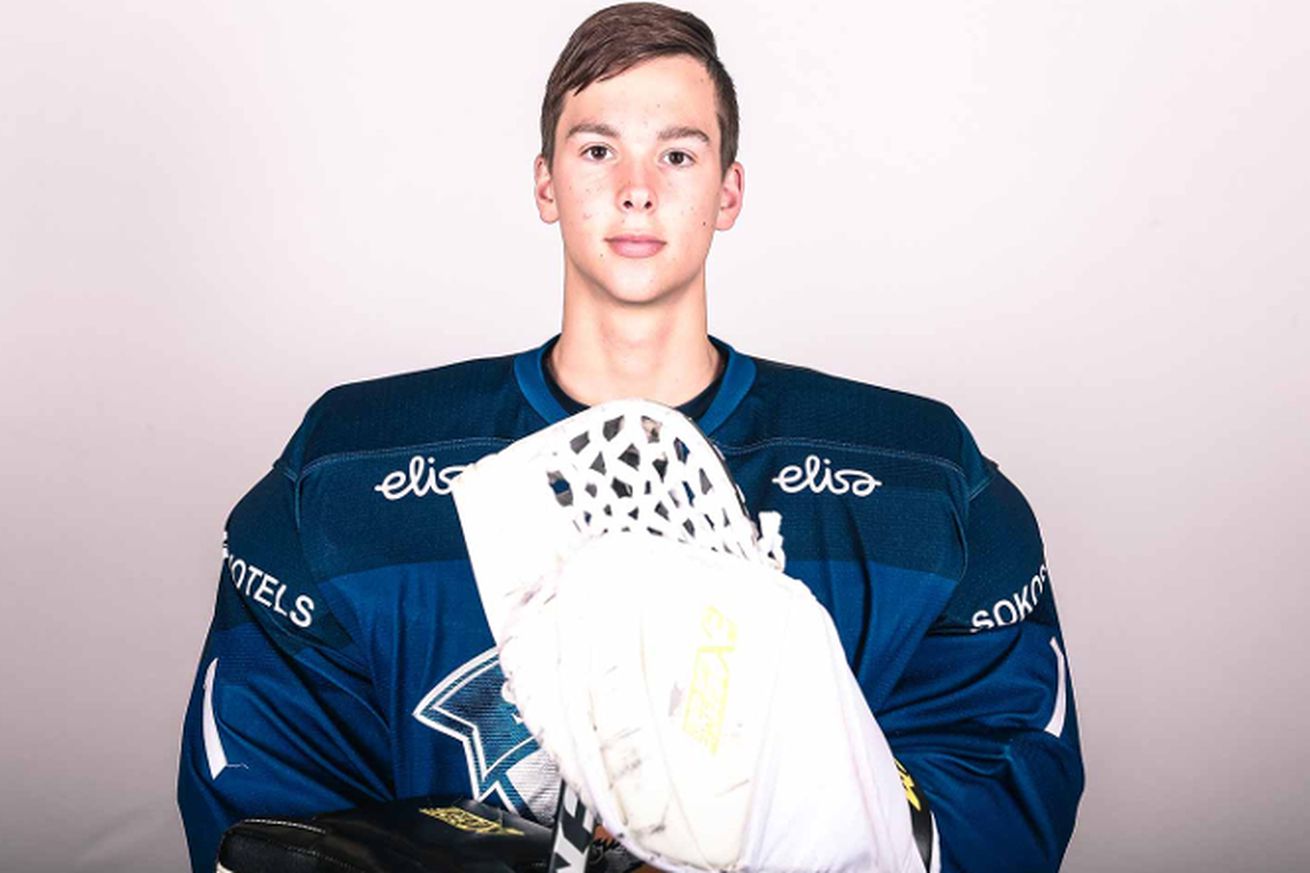 What does the Penguins’ top 2020 draft pick have in store for the future?

Joel Blomqvist became the first of two very surprising goalie picks the Pittsburgh Penguins made at last month’s draft (with yesterday’s Top-25 player, Calle Clang, being the second goalie the team drafted). But just because some expectations were not originally met, it doesn’t mean Blomqvist can’t be a useful player down the road.

DobberProspects’ scouting report details Blomqvist as: “A young, developing goalie with good size and technical skills, very good hockey sense, and a great track record of stopping pucks at the junior level. Upside to become a starting goalie at the NHL level.”

In 2019-20, Blomqvist saw the majority of his success come in Finland with Oulun Karpat’s under-20 team, posting a 26-6 record, a 1.66 goals-against average, a .931 save percentage, and five shutouts. In his brief stint in the regular Finnish Liiga, Blomqvist struggled a bit, registering an 0-1 record in two games played, a 4.73 goals-against average, and an .808 save percentage.

With several leagues in Europe kicking off their seasons already, Blomqvist has seen some action in this new season as well. As of this writing, with Karpat’s senior team, Blomqvist has played in two games and posted a 1.50 goals-against average with a .914 save percentage. And while playing on loan in Mestis, Finland’s second-highest professional hockey league, the Pietarsaari native has logged five games for Hermes, adding a 3.25 GAA and an .882 SV% to boot.

Blomqvist participated in an interview with Finnish Junior Hockey back in April where he touched on many different topics.

On how he views himself as a goalie:

I would describe myself as a calm and mobile goalie. I try to be as calm as possible in net, yet also quick when the situation demands it. I consider skating technique and play reading my strengths.

What his favorite memory has been as a hockey player so far:

My best memories are from the 2018-19 season which was my first one in Kärpät, we won the Finnish U20 league championship. I also was part of the U17 national team which achieved silver at the World Hockey Challenge in Canada. Also my Liiga debut from the 2019-20 season is one of my favorite memories.

The development of goalies almost always seems to take longer than the likes of forwards and defensemen, so it may be a good, long while before we see Blomqvist’s name pop up in NHL or even AHL circles.

But much like Tristan Jarry, another goalie the Penguins took in the second round, the organization surely hopes Blomqvist develops enough to compete for Pittsburgh’s starting job one day, or does enough to be used as a viable trade chip for an even better return.