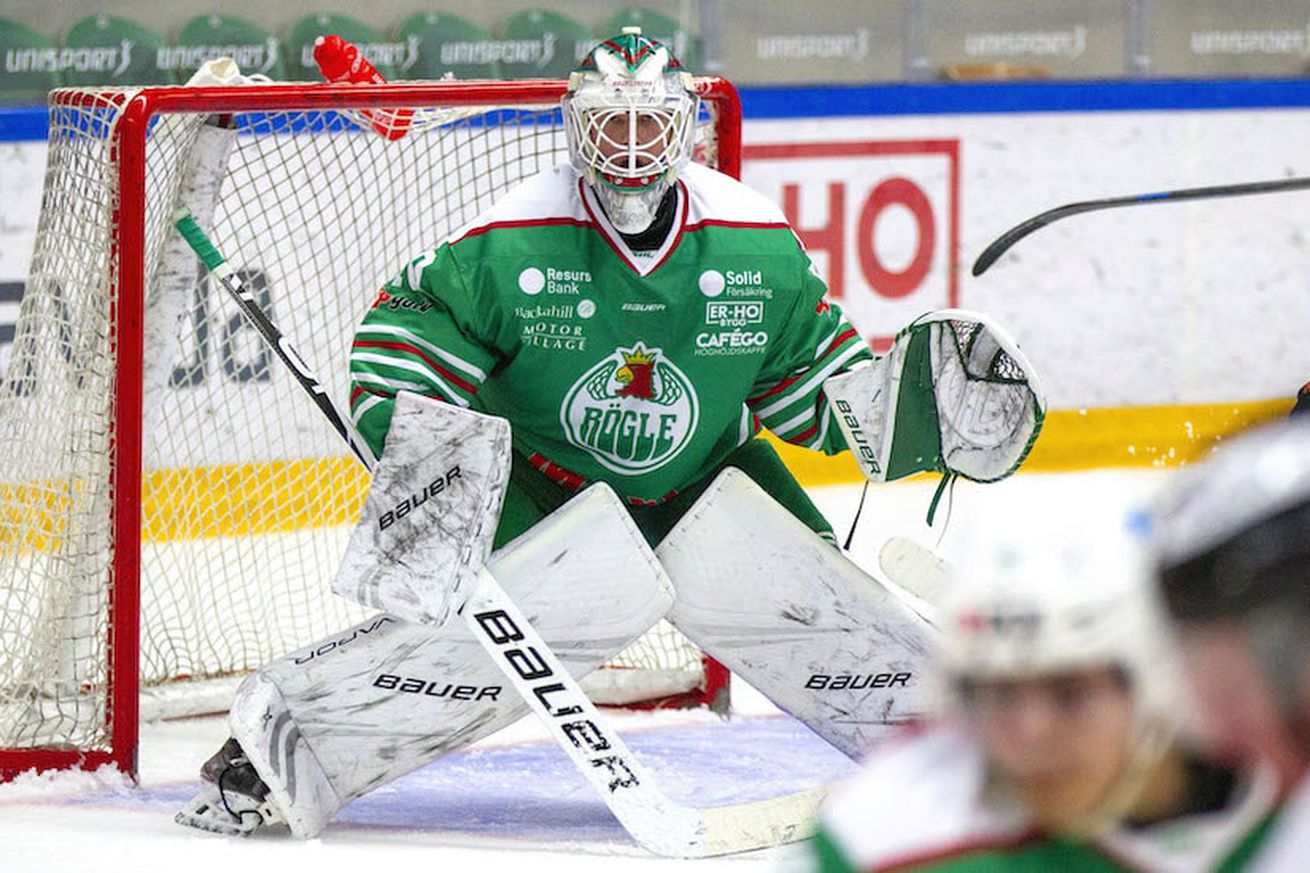 One of the newest members of the Penguins organization, Calle Clang is a long term project between the pipes.

From Jokke Nevalainen at Dobber Prospects before the NHL Draft:

Clang has been a workhorse for Rögle this season in J20 SuperElit, and he’s been one of the top goalies in the league. His stats don’t really do him justice because he hasn’t had a good team in front of him. Clang also doesn’t get much exposure in international events because of Jesper Wallstedt (2021) but Clang is arguably the best Swedish goalie in this draft class and one of the top goalies out of Europe. He has the size needed in today’s NHL, and he’s also shown the ability to steal some games all on his own.

Via the Elite Prospects 2020 Draft Guide:

He plays from his goal line out, rarely getting caught stranded too far from his crease and is difficult to beat around the posts or down low. He’s got a great read of the game and doesn’t seem to struggle with adapting to a stronger pace of play. He also recovers well when he does allow a tough goal.

From Corey Pronman at The Athletic:

Clang was a solid goalie at the junior and international levels, and finished off his season strong in the second half. He is very smart and steady. There is not a lot of extra movement in his game and he reads opponents’ puck movements very well. He rarely loses his technique and sets quickly. With Clang, the question is, while he’s not small or slow (around pro-average in both) if the toolkit is good enough for the NHL and if he will be able to stop some of the plays at the quicker paces. I know some NHL scouts whose opinions of him improved as the year went along, but I’m on the fence on projecting him to the league, even if I see some NHL potential. He will play versus men next season, which will be a big test.

What’s nice about highlighting a player taken in the most recent NHL Draft is there are a lot of scouting reports to parse through and breakdown to help form a proper knowledge base on the said player. That player for this piece is goaltender Calle Clang, drafted in the third round by the Penguins in the 2020 NHL Draft. Seeing that he just joined the organization a few weeks ago, this is Clang’s debut in our annual ‘Top 25 Under 25’ series.

For any Penguins fan looking to learn more about Clang and what he potentially brings to the Penguins organization, you’re in luck. In preparation for the upcoming World Junior Championships, Team Sweden included Clang on their training camp roster as the presumptive No. 1 goaltender.

If all goes according to plan, Clang will be in net for Sweden’s tournament opener against the Czech Republic on December 26th. Luckily for hockey fans here in the States, NHL Network carries the World Junior Championships, giving Penguins fans an early glimpse and what Clang brings to the table.

As for what we do know about Clang from scouting reports and draft experts, he seems to be a player with a very high ceiling but any impact at the NHL level is still years off. That shouldn’t come as a shock given how long players take to develop, especially at the goaltender position. So for now, it will mostly be a waiting game to see how Clang develops as a player in Sweden before any grand declarations can be made about his NHL future.

At just 18 years old, Clang has plenty of time to develop his game and prepare himself to make the jump to North America when the time is right. Standing at 6’2”, he has the height for the pro level, but weighing in at just 176 pounds means he will need to bulk up a bit to fit in with the big boys.

Playing with Kristianstads IK in Sweden’s pro league this season, Clang was set to face a much more advanced set of opponents than anything he had faced in his career to this point and as Pronman pointed out in his scouting report above, seeing how Clang adapted to the speed was going to be a key factor in determining exactly what the Penguins have in him.

Now that he has been added to the Sweden World Juniors training camp roster, that experience against better competition will have to wait as he joins him teammates in training camp set to take place in Malmo. While we won’t get to see how he handles the pro game until later on, he will be going against the best of the best at the junior level when he travels to Canada for the tournament beginning in December.

Still young and just beginning his transition to the professional game, Clang will undergo much development in the next few seasons where the Penguins will get a better idea of what exactly they have in their third round pick. If Clang wants hopes to make a good first impression on the organization and Penguins fans, he can do so next month at the World Junior Championships.