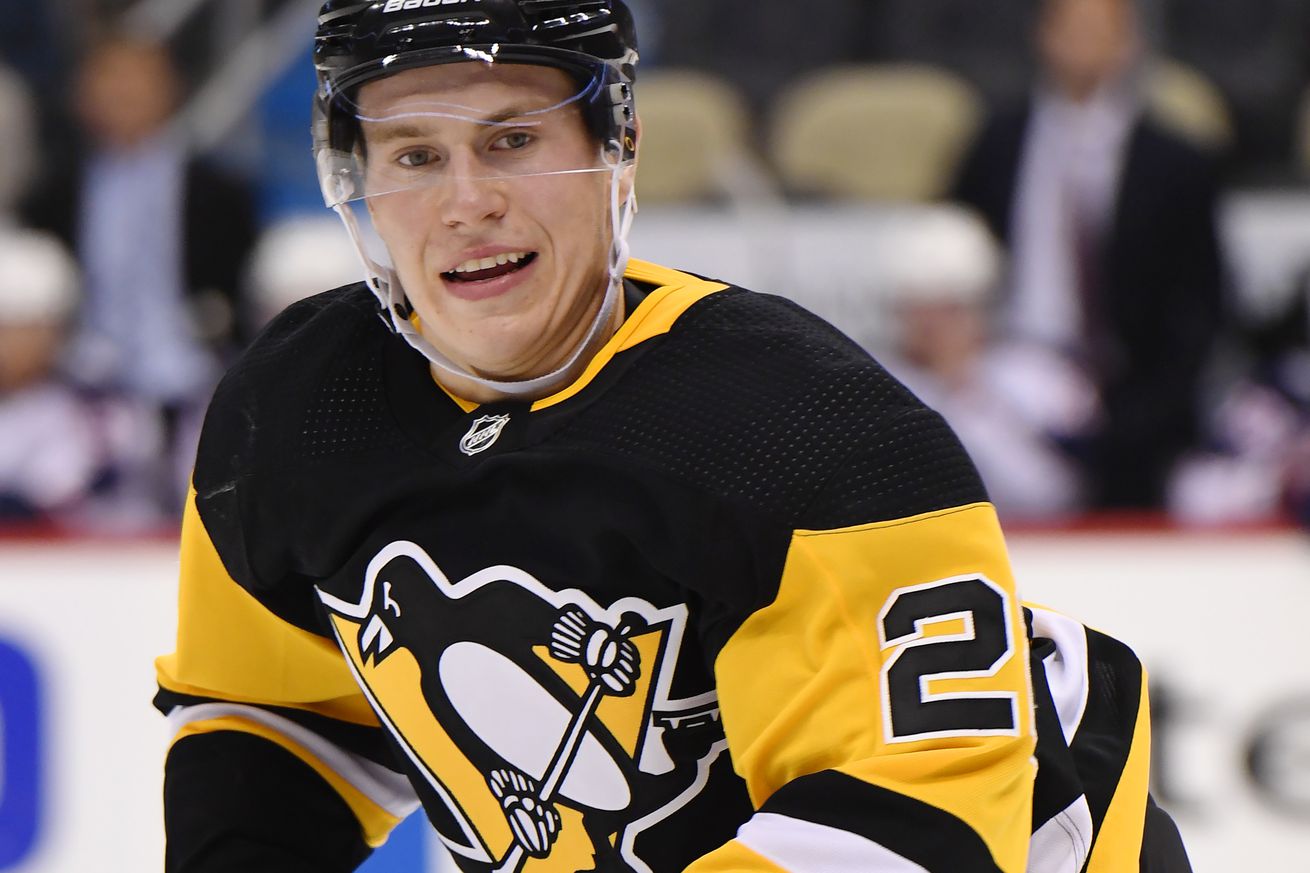 One of the best things about Samuel Poulin in this countdown is simply that Samuel Poulin is still in this countdown and still a member of the Penguins organization. For a team that isn’t afraid to trade a marquee prospect if it makes their NHL team better (hello Calen Addison, Filip Hallander and Filip Gustavsson), the Pens have made a concerted effort to hang onto Poulin until he is NHL ready. And that might not be too much further.

“The projections on [Poulin and fellow 2019 draft pick Nathan Legare] are really good,” Rutherford said to the Tribune-Review back in February. “I think Poulin will take a good run at making the team next year. Both of them are developed physically to be close to playing in the NHL. Poulin is having an exceptional year…When we see those two guys, we’re pretty confident they’ll play in Pittsburgh. And the fact that we don’t have a big pool of prospects, we want to stay away from [potentially trading] them.”

Poulin had a solid draft+1. He finished 14th in the QMJHL in scoring, which considering he missed 27% (17 games) of the season with a knee injury is all the more impressive an accomplishment. Poulin had eight points in a single game (not bad!) which is the most seen in the league in a decade.

As we wrote here in March:

The Pick224 website, with advanced stats paints a pretty picture too. Poulin had strong rate scoring stats and was on ice for 64 even strength goals for this season to just 19 goals against. His shot chart too is showing that he’s developing a very good scoring ability from the front of the net and really all over the ice. He’s doing a lot of damage on the right side of the ice while on the power play.

Poulin’s dominant season in the Q now has him going to a Team Canada camp that actually starts today that will be a solid step for him. It remains unknown if he will make the team, Chciago is sending Kirby Dach down, which doesn’t help, and what happens if the NHL season gets delayed and NYR sends Alexis Lafreniere? So there’s not much to judge or be dismayed if Poulin can’t make it, though with his size and skill he would seem to give a pretty fine option for the Canadians.

One team Poulin didn’t make, and a big reason he only slots in at No. 5 on the T25U25 and not higher, is the Penguins’ 2020 Phase 4 bubble playoff squad. After being named to the Phase 3 training camp roster Poulin, like most the young players, got caught up in COVID contact tracing and was unable to partake in all the practices. The Pens then decided to take AHL veterans like Adam Johnson and Phil Varone over Poulin for their playoff roster.

So with all the talk that “Poulin is really close to the NHL”, he’s also 19 years old. And a left winger. With recent declarations about team construction, Pittsburgh has Jake Guentzel – Jason Zucker – Jared McCann down the left side for the first three lines. In the short-term is Poulin, at draft+2, going to stand out enough to drive the Pens to change that up? He wasn’t four months ago to make a taxi squad over Adam Johnson and Phil Varone. Pittsburgh also 14 forwards one one-way contracts next season. Long odds there that Poulin will have the opportunity in a very brief training camp to force the Pens’ hands.

Poulin doesn’t feel to be on the verge in 2020 to seriously be on the precipice, but it won’t long now. Scott Wheeler at The Athletic has a really, really good write up on Poulin’s style and a very, very extensive video review that is totally worth a read.

..shortly after the calendar flipped to 2020, [Poulin] exploded. For a while, he looked more than dominant. He looked unstoppable. All told, his 12-game point streak from Jan. 24 to Feb. 21 might have been the best stretch of hockey played by any prospect in the CHL this season. During the run, he rattled off 13 goals and an astonishing 32 points. Together, he and Felix Robert became one of the best duos in junior hockey.

But it didn’t happen because he got bigger and stronger than everyone else, or because he became too fast to control, or because his skill as a passer, or shooter, or handler grew too dynamic for his teenage peers.

Poulin began to take an already-dominant game to the next level by adding layers to two pre-existing strengths: his power and his finesse.

Felix Robert, by the way, a diminutive but offensively gifted player, signed to Pittsburgh on an AHL deal for next season.

As far as Poulin goes, the future looks bright. The Penguins are resisting the urge to trade him — a very good sign for his trajectory in the organization — the only thing he needs is a little more time. To gain experience, to gain opportunities to prove himself. There’s no rush because his age is so young, but for once actually keeping a top pick should show some results for Pittsburgh.