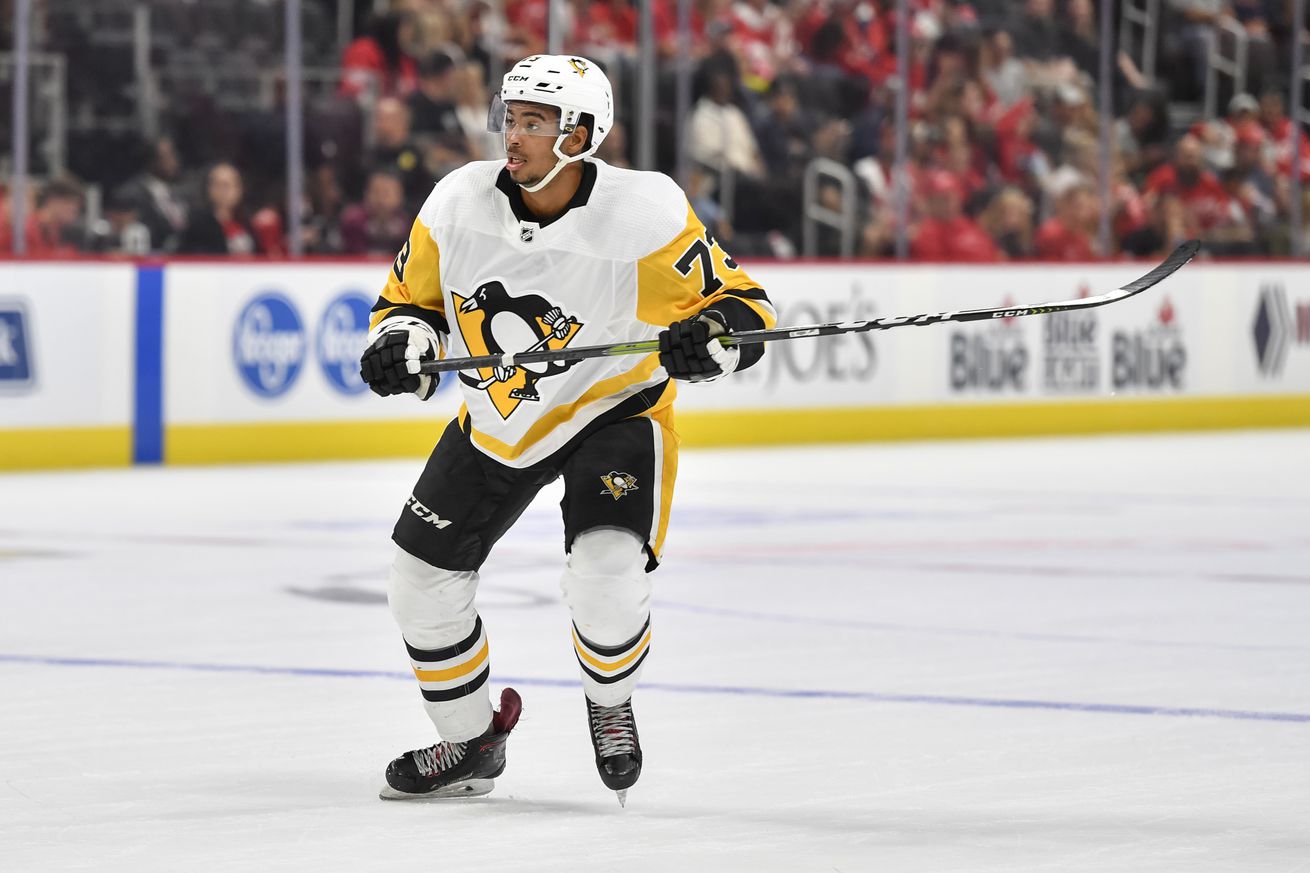 The young defenseman makes major strides in a bumpy 2020

Acquired Via: 2019 trade with Arizona

2019-20 was an exciting whirlwind for the Penguins’ top defensive prospect. Pierre-Olivier Joseph was not only breaking into a new organization as a result of the summer 2019 trade that sent Phil Kessel to Arizona, Joseph was also making the step up from juniors to the AHL.

The whole season wasn’t without bumps in the road. Joseph missed 11 games in October and November with a bout of mononucleosis.

“The little setback was a little painful, but once I got back into it, the guys were really supportive with me and really helped me to get back into shape,” said Joseph. “Did a lot of workout sessions in the gym. When I came back, it was easy to just jump back into the group.”

After that, it was somewhat smooth sailing for Joseph until the season was stopped early. Joseph worked his way up to playing top pair minutes for Wilkes-Barre, and in the last month of the season scored two goals and added six assists in WB/S’s final 13 games.

With his part in the playoff push over, Joseph was stuck in limbo like everyone else in the sport. He was a part of the Penguins Phase 3 training camp — though unfortunately missed most of the training camp portion being held out in a contact tracing situation. Joseph was among the 31 players that Pittsburgh brought into the bubble in Toronto for August’s playoff. Though he appeared in no games, that’s a pretty good sign that the team sees a player on the verge of stepping up another level soon.

“You just look around, you gain as much as you can,” Joseph said of his summer experience. “You look to grow up yourself as a hockey player but as a person as well. You just learn every day to be a better pro with these guys. That’s pretty much what I’m trying to do here for as long as possible.”

Joseph is still incredibly young for a player, having recently turned 21. Drafted in 2017, it’s possible had he chose a different development path, he may only now be turning pro or even preparing for a senior season of NCAA play. Brian Dumoulin, for instance, had his first pro season in WB/S in 2011-12, a month after he turned 21. Dumoulin would take three years of almost full time AHL growth (with 14 total games of NHL cameo appearances) before he made the permanent leap to the NHL in 2015-16 at age 24.

At this rate, Joseph’s career path looks a little more advanced than the road Dumoulin traveled and might be more parallel to the Pens’ other left defender in Marcus Pettersson. Pettersson split time in the AHL/NHL at age-21 in 2017-18 with Anaheim, his first year in North America and has been in the NHL since. That was more a function of learning on the job in the NHL quicker by being in the Ducks’ organization, Joseph’s wait will be altered by being a part of Pittsburgh who boasts Dumoulin, Pettersson, Mike Matheson and Juuso Riikola down the left side of their depth chart.

There also is the issue of needing extra time to gain general experience and strength. Joseph’s listed weight has varied and he said he lost about 10 pounds from about 175 in-season due to the mono, which is always a challenge to gain strength and muscle while in-season. This is again an area where Pettersson could be a comparison, being as the lanky Swede is listed at 177 pounds. There’s a difference of playing style though, Joseph could grow into his build a little better as he naturally grows in his early 20’s and perhaps add a bit more of a physical and strength edge over a player like Pettersson who relies on excellent reach coming from his 6’3 frame.

The exciting part for the Penguins is simply that Joseph is around and in their organization. He was a first round pick in 2017. A look around the Pens’ organization shows only a handful of players in the 18-25 range who have the pedigree and were advanced enough at a young stage to be a high-end draft pick.

Shrink the range to defensemen, and it gets even more narrow and the talent falls off for the Pens. The team is hopeful for some free agent signings and some other longshots have a chance to develop over the years, but a player good enough to be a first round pick at age 18 and then play top pair AHL minutes at age 20 is something to take note of.

As a result of the Calen Addison trade, there’s no doubt that Joseph is the Pens’ best defensive prospect and brightest truly young defender in the organization (though Pettersson at age 24 is around, but at a different level). Joseph is also the only tangible trade return for Kessel, which is more just an interesting sidenote than anything else at this point.

Teams can never have enough good defensemen and it would be great for the Pens if Joseph is able to continue his upward trajectory. There’s valid concern about just how much Pittsburgh is going to get out of Matheson on the ice after inconsistencies and errors in Florida. The Pens have never really had much utility or use for playing Riikola if they don’t have to, for whatever reason. Much like how Jake Guentzel strong-armed his way into a key role when the Pens’ were a championship-caliber team, if Joseph is able to show he is NHL capable, surely the team will find the opportunity for him to make the lineup somehow.

The uncertainty of 2020 throws more wrenches into all the best laid plans, as ideally Joseph would already be underway and continuing his progression and work in Wilkes-Barre. That’s not an option right now, but sooner or later when the dust clears there will be every opportunity for POJ to keep on his track, and by the looks of it, an NHL debut is likely bound to happen sooner than later in the big scheme of things.