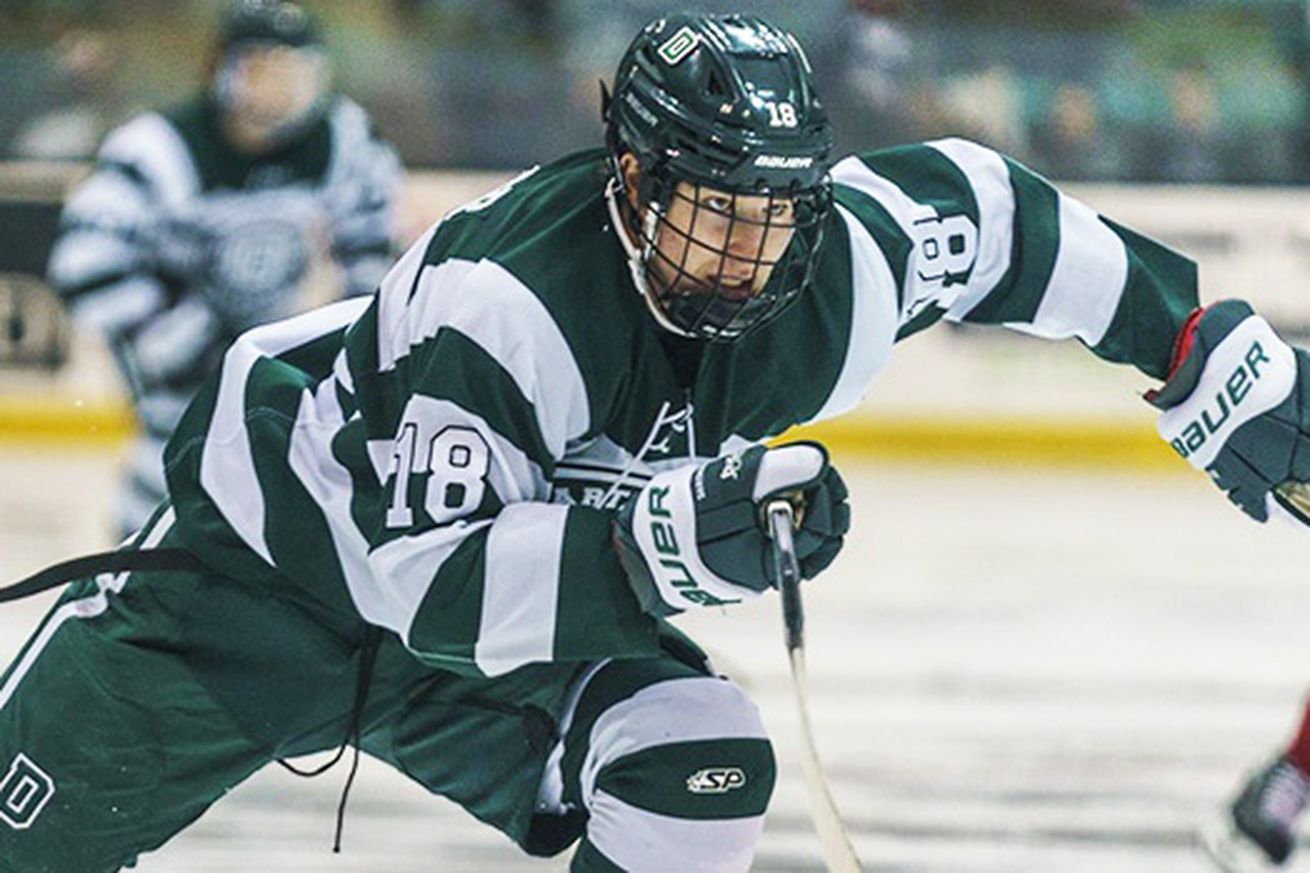 Hailing from Dartmouth, O’Connor could the next in a long line of collegiate products to find NHL success with the Penguins.

Via Corey Pronman at The Athletic:

Just two seasons ago, O’Connor was playing in the NCDC for the Boston Jr. Bruins. In 2019-20, he was one of the best players in college hockey. O’Connor is a 6-foot-3 forward with good hands and a quality skating stride. He competes well and projects to have some two-way value as a pro. I wouldn’t call him a true playmaker, but he’s got some offense in his game because of his hands and scoring ability. He makes the odd crafty play to a teammate, but he’s more of a goal scorer and has been one of the top shot generators in the NCAA. While he skates well, I wish he would play a little faster at times. He’s got the toolkit to translate to the higher levels.

Per Seth Rorabaugh at Trib Live:

Having dealt away so many high-end draft picks and prospects over the past decade-plus in the name of winning the Stanley Cup, the Penguins need to fill out their prospect pool with NCAA free agents such as O’Connor. It’s a path current Penguins forwards Zach Aston-Reese and Conor Sheary have taken.

If O’Connor takes that same route, he could be a top-six power forward in the NHL.

A well-worked move by Dartmouth sets up Drew O’Connor for his second goal in under a minute. #BUvsDART (via @ESPN) pic.twitter.com/fygQufnkzq

But the first didn’t come until the 5th game of the season.

Coach G became the 1st @ecachockey head coach to reach 1,000 career games behind the bench this past January… and Drew O’Connor made it a special night.#ThankYouCoachG pic.twitter.com/mlJReHtvmC

Ashton Abel lost his footing in the BU crease, and Drew O’Connor made him pay. #BUvsDART (via @ESPN) pic.twitter.com/Fn8je6Qx2N

Since Jim Rutherford took over as Penguins general manager in 2014, the list of collegiate players finding NHL success in the Penguins organization is long and seemingly ever growing. Bryan Rust, Conor Sheary, Brian Dumoulin, and Jake Guentzel helped propel the Penguins to consecutive Stanley Cup titles. Then along came Zach Aston-Reese who carved out a nice bottom-six role and it appears John Marino is destined for greatness on his own.

Now, it’s time for Drew O’Connor to step into the spotlight and hopefully become the latest collegiate player to work his way through the Penguins organization and find sustained success at the NHL level.

O’Connor originally signed with the Penguins as an undrafted free agent back in March once his season at Dartmouth ended, forgoing the rest of his NCAA eligibility to make his jump to the pros. There were plans for O’Connor to join the Wilkes-Barre/Scranton Penguins for the rest of the AHL season, but those were nixed when COVID-19 shutdown the season for good.

After finding success with the Boston Junior Bruins, O’Connor enrolled at Dartmouth where he was an instant standout. In two seasons with the Big Green, O’Connor tallied 38 goals, including 21 as a sophomore, and was named Ivy League Co-Player of the Year and First Team All-ECAC in 2019-20. Former Penguins defenseman Ben Lovejoy was an assistant coach at Dartmouth last season and called O’Connor the team’s best player every time on the ice.

Since he has yet to take the ice as a member of the Penguins organization, it remains to be seen exactly where he fits in or what plans the Penguins have in store for him. With a handful of AHL regulars gone to free agency this offseason, O’Connor could be in line to make an instant impact once the AHL season gets underway. Based on what we know, the Penguins seems to have very high hopes for O’Connor and hope he can make an NHL impact sooner rather than later.

He is not the fastest player or the flashiest player, but he knows how to use his body to win puck battles and has a nose for the net. He was a proven scorer at the NCAA level and has a game that should translate fairly well over to the professional level. In Pronman’s scouting report above, he mentions O’Connor is a high shot volume player, something NHL value greatly.

It’s unfortunate for both O’Connor and the Penguins that his development is being delayed due to the pandemic, but sometimes patience is a virtue. Based on everything we know, O’Connor could very well turn out to be the next Patric Hornqvist for the Penguins, offering a skill set in the top-six that isn’t always easy to come by for teams.

Once hockey resumes down the road, we will have a better understanding of what O’Connor brings to the organization and what type of player he trends towards. When exactly that journey begins is still TBD, but when it does, O’Connor will be one prospect fans will want to keep an eye on this coming season.