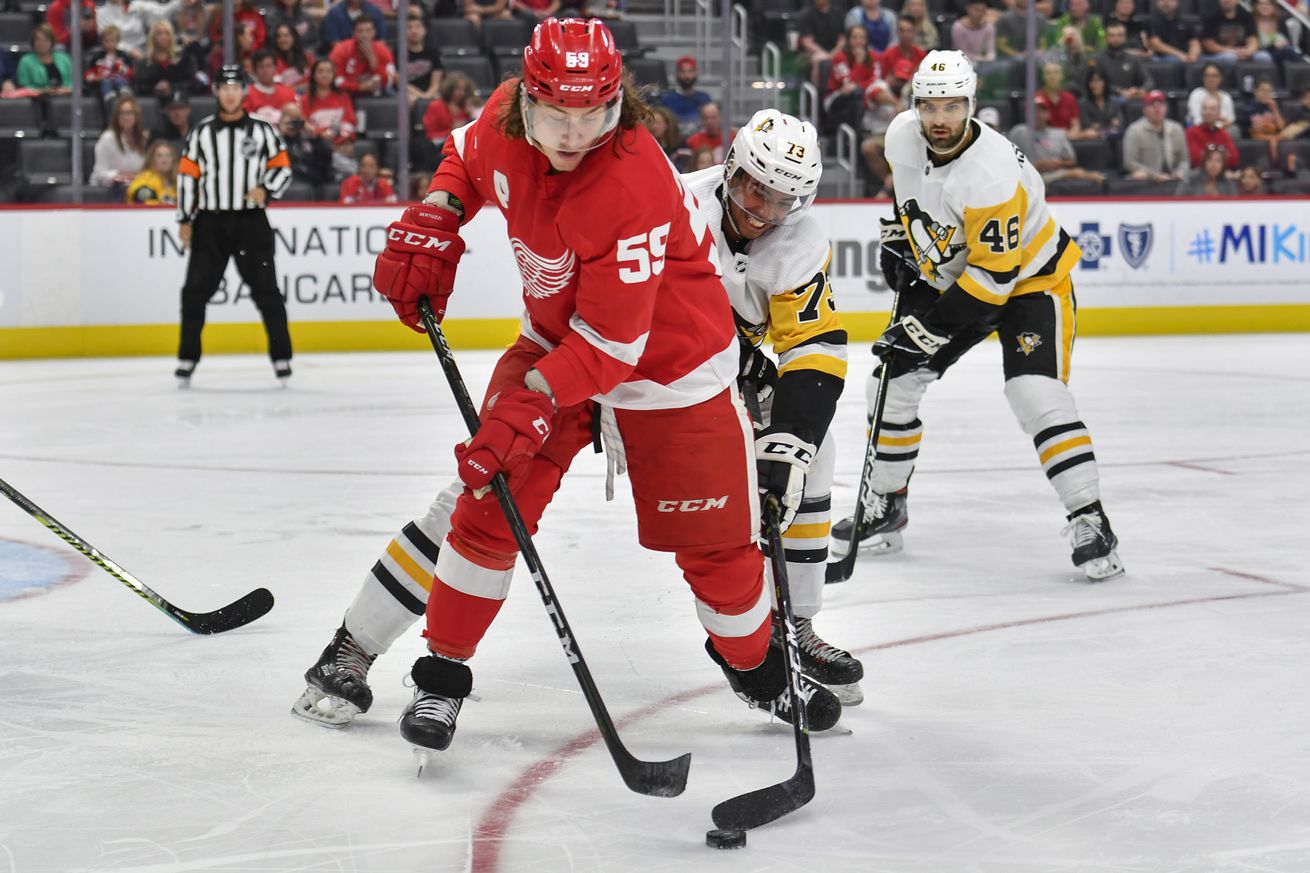 The NHL has no firm date set to begin its 2020-21 season, and because of that, the status of the AHL season is also in question.

But if and when both leagues can return to a new normal, and in the AHL’s case, it needs in-person attendance for long-term survival, the Pittsburgh Penguins’ AHL affiliate down in Wilkes-Barre/Scranton will need to be ready to go.

All eyes have been on what the Pittsburgh Penguins have been doing in the early parts of the off-season. Saying goodbye to Jack Johnson, Matt Murray, and Nick Bjugstad. Acquiring Kasperi Kapanen and Mike Matheson.

But what reinforcements have the Baby Penguins gotten? How has the organization replenished its depth down on the farm?

There’s a change behind the bench, for starters. Last season’s WB/S head coach, Mike Velucci, is gone after just one season after his promotion to be an assistant coach for Pittsburgh. J.D. Forrest, 39, will get his first chance as a professional head coach. Forrest has been an assistant for Wilkes-Barre over the last four seasons.

As far as the players go, let’s take a look at a way-too-early projection of the Wilkes-Barre/Scranton roster for the 2020-21 season, with of course exact lines subject to change and really the whole season still up in the air. But for a sense of general organization strength and depth it’s never too soon to cast an eye towards the minor league ranks and see how things are shaping up.

The Penguins have a lot of “farm forwards,” if you will, that are either young, inexperienced, or both. Forwards Josh Currie and Frederick Gaudreau are all tied for being the oldest forward on team at 27-years-old but the rest of the group is very young. Of the players on NHL contracts that CapFriendly tracks, the average age is just 22.3-years-old.

The Penguins landed Drew O’Connor back in March as an undrafted free agent out of the NCAA. He played collegiate hockey at Dartmouth and is seen as the team’s best professional prospect. He is 6’3 and a good skater and dazzled with 21 goals in 31 games last season in the collegiate ranks. The Pens hope he will develop into an NHL caliber player and don’t believe it could take too long before he earns a promotion.

Former AHL Penguins like Riley Barber, Thomas Di Pauli, Kevin Roy and Phil Varone are all no longer with the team, meaning a guy like O’Connor could come in right away and take on a prominent role.

Recent free agent signings Frederick Gaudreau and Josh Currie, also should be placed into the top part of the lineup based on their previous minor-league experience.

Players like Jordy Bellerive, Kasper Bjorkqvist, and Jan Drozg have been in the Pens’ system for a few years now, and will look to continue their professional development. Bjorkqvist and Drozg are currently playing on loan for European teams, as is the 6’6 Radim Zohorna. Some of these (like Drozg’s) have been announced as short term loans that will end when the AHL season plans are finalized Others, like Bjorkqvist, will last all season.

Berger, Schilkey, Nastasiuk, Stevens and Robert are all on AHL contracts that do not count against the NHL Penguins’ 50 player contract limit. Robert is perhaps the most intriguing player of the bunch, being as he scored 92 points in just 46 games last year with QMJHL Sherbrooke. Robert is only listed at 5’8 and was older than all his competition last year. He will be smaller and not as strong in this step up but it will be interesting to see what he is able to do as an undrafted free agent.

Miletic, an RFA, still needs to agree to terms with the Pens, but Pittsburgh did give him a qualifying offer and Miletic has little leverage or other options at this point.

The recent trade acquisition of Colton Sceviour, who came over in the Patric Hornqvist trade, currently occupies a spot on the NHL roster. He may be a Zach Aston-Reese replacement for the time being while ZAR recovers from off-season surgery. Once he returns, where is Sceviour, a right winger, to play? Kapanen, Bryan Rust, Brandon Tanev, Sam Lafferty, Evan Rodrigues, and a healthy Aston-Reese could all occupy right side slots. That could be an area to watch with the Pens having 14 NHL forwards, if all ever end up healthy at the same time.

This AHL forward group looks light on talent, having not done much to replace veteran players like Barber, Adam Johnson, Kevin Roy and Thomas Di Pauli. The recent Gaudreau and Currie additions help, but the WB/S Pens probably could use a little extra firepower up front, especially in the center position being as a player like Miletic played the wing last year.

The “next wave” of talent with Samuel Poulin and Nathan Legare remains one year away, as those two prospects must be assigned to their junior teams if they aren’t to play in the NHL and aren’t eligible for the AHL this season.

Again, we have another relatively young group of players. Kevin Czuczman and Zach Trotman are the oldest defensemen on the team at 29 and 30 respectively. The average age of this group is 24-years-old. Czuczman and Trotman do have some NHL experience on their resume, which leads me to put them as the team’s top pairing for now.

Pierre-Olivier Joseph, the jewel of the Phil Kessel trade, is developing quite well, according to all accounts, and many believe he could make his NHL debut sometime this season.

The Penguins also added a right-handed prospect, one of the top NCAA undrafted defensemen in Josh Maniscalco. While he may not be on a John Marino-like trajectory at this time, he still projects to be in the Penguins’ defensive plans down the line.

Jesper Lindgren came over in the Kasperi Kapanen trade and has prior AHL experience with the Toronto Marlies. Niclas Almari logged 51 games and seven points for WBS last year, too.

Will Reilly was the very last pick in the 2017 NHL Draft and looks to at least earn a shot at making the starting squad. The same goes for the undrafted Western Michigan University product, Cam Lee.

This defense group shows some promise and is a lot deeper than the forwards. The organization is very high on Lee. Maniscalco has some upside and Joseph is a player who possibly/probably won’t be in the AHL for very much longer.

Joseph paired mostly with Jon Lizzote last season but should be primed here for a chance to play with the most experienced RHD in Trotman.

Due to sheer depth, players like Reilly and Sweezey may be pushed out of the AHL level in a normal year to the ECHL to start their careers.

There is currently a trio of goalies that have ties to the Wilkes-Barre team. The first and most likely candidate to be the #1 in net is the player that was most recently signed to the organization: Maxime Lagace.

From the Penguins’ media release:

Lagace, 27, spent the 2019-20 campaign with the Providence Bruins of the American Hockey League, appearing in 33 games. The 6-foot-2, 190-pound netminder helped Providence to the second-best record in the AHL, going 22-7-3 with a 2.37 goals-against average, a .919 save percentage and five shutouts. His win total, goals-against average, save percentage and shutout total were all AHL career highs.

Providence was a good team last year, but a 22-7-3 record and a .919 save% is very impressive by Lagace. That experience and resume puts him a level above what the team has in the AHL ranks currently.

The two other goalies, Emil Larmi and Alex D’Orio, could vie for the backup role. Both players do have experience playing for WB/S, but have not turned in encouraging results with their limited sample sizes.

If Larmi is a name that sounds familiar to you, it’s because he was placed on backup goalie duty while the Pittsburgh Penguins were on the road back in January. Casey DeSmith was originally going to get the call up, but couldn’t make the trip due to misplacing his passport.

***
What do you think? Are my projections on par with yours, or how do you think the WB/S Pens will lineup? Which prospect are you most excited to see and track next season in the AHL? Let me know down below!