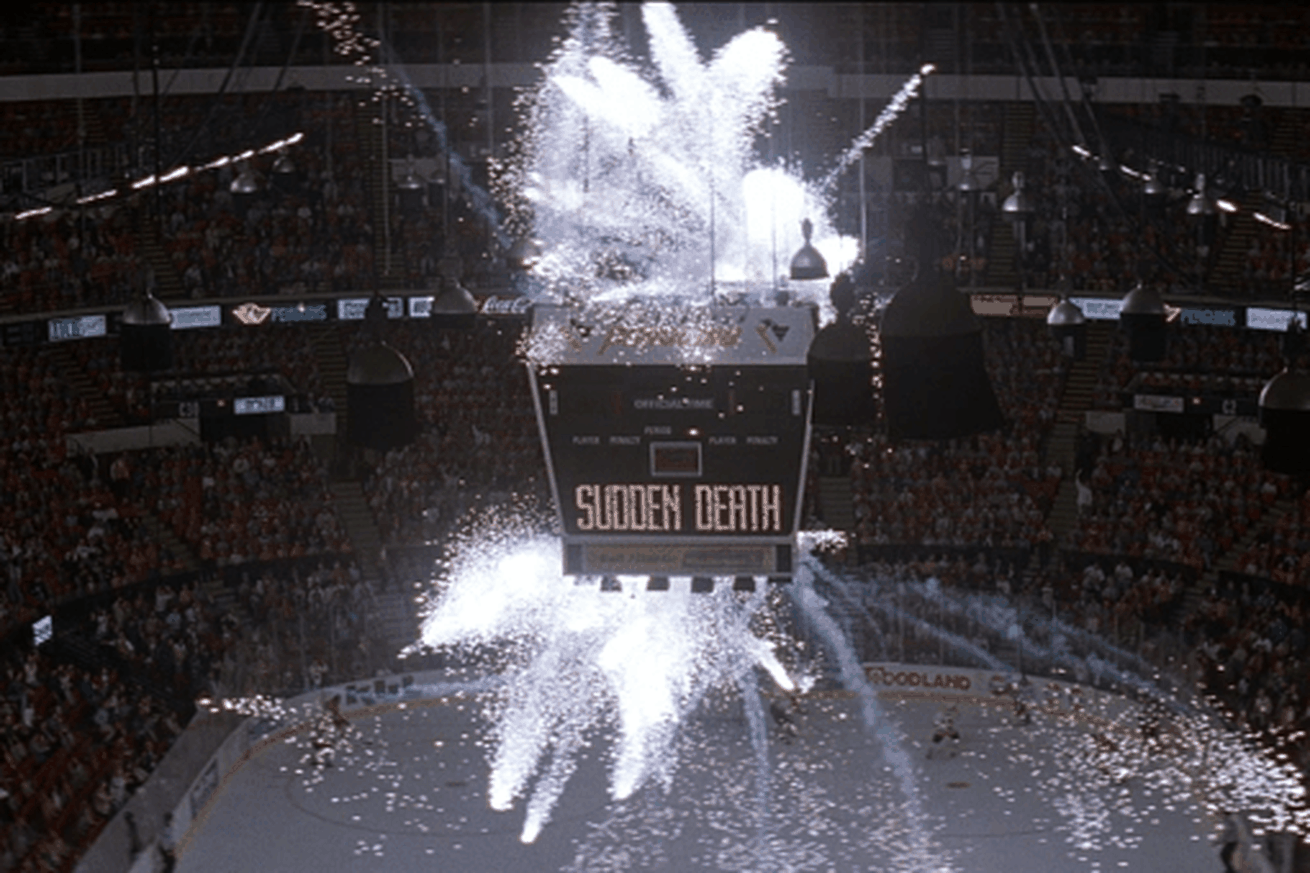 Lots of great hockey movies out there. But everyone has to have a favorite. What’s yours?

Several weeks ago I unknowingly volunteered to watch my two lovely nieces one particular Saturday morning. They’re seven and three years old and know about my love for hockey but have never heard of The Mighty Ducks movies.

Since it’s 2020, thirty seconds after I heard this devastating news, I had the entire Mighty Ducks trilogy locked and loaded and ready to stream. This morning will be the third time I get babysitting duties and we’re going to complete the trilogy this afternoon, and they couldn’t be more excited along with myself.

But it got me wondering what the best hockey movies of all time were. There’s several other besides The Mighty Ducks that instantly come to mind which brings me here today ranking my top five hockey movies ever made.

There’s no right or wrong on these types of lists, but here’s what my top five would look like. What would your top five consist of? Be sure to rank yours in the comment section!

You can’t post a hockey movie list on a Penguins blog without at least mentioning the 1995 Oscar-nominated Jean-Claude Van Damme action movie set in The Igloo while the Penguins are trying to win the Stanley Cup as the game goes to overtime. Hence, “Sudden Death.”

There were some truly unforgettable scenes in the movie. It was a classic over the top action movie that saw Van Damme kick a terrorist in an Ice Burgh costume to a very unfortunate death and the height of the action saw a helicopter crash landing into an opened Civic Arena roof.

There were plenty of Penguin names involved in the movie as Howard Baldwin backed the film and was chairman of the Penguins at the time. Several players from the Penguins that season also had cameos in the movie such as Jay Caufield, Ian Moran (as Chris Chelios), Luc Robitaille, Markus Naslund, Bernie Nicholls and Ken Wregget. Jeff Jimerson, Mike Lange and good ol’ Steiggy also had roles in the movie.

It’s definitely a favorite amongst Penguins fans and will always go down as one of the best-worst movies ever made.

Goon was one of those movies that came out quietly and word-of-mouth helped push this movie starring Sean William Scott. Scott goes from questioning where his life will take him to being part of a hockey team and punching his way to the top. It was funny, lovable, extremely gory at times but left you feeling good in the end. Scott’s character, Doug Glatt, was easy to root for as the stereotypical player who sacrifices everything for the team.

The movie had many laughs and also a great villain played by Liev Schreiber. Jay Baruchel also played in the movie and was one of the writers to give it more of an authentic feel. The movie definitely hit home with hockey fans and I definitely remember watching it the first time. Very underrated movie and definitely worth the watch if you have the time.

Long before the NHL decided to bring it’s act outdoors, Russell Crowe and his band of small town neighbors managed to play a game outdoors against the New York Rangers in Mystery, Alaska.

Burt Reynolds was the town judge and head coach as he tries to get his squad prepared to play against an NHL team. The movie had a real world feel to it and also featured many real life hockey personalities along the way. I remember watching it as a kid and I’d watch it again today.

By now you’ve probably heard the story of the 1980 gold medal winning American ice hockey team that defeated the Soviet Russian team in the Olympics. That story came to the big screen in 2004 with Kurt Russell’s great performance of Herb Brooks who had a long career intertwined with the Pittsburgh Penguins.

It re-energized the story of that unlikely team of Americans and also opened the eyes of a new generation who likely never would have heard of Herb Brooks before. It truly is one of the best sports movies ever made.

This movie was iconic in my childhood and of course the Anaheim Mighty Ducks kept the movies coming with Disney owning the team for it’s inception and throughout the next three movies of the franchise.

There’s so much to like about the movie, as a bunch of misfit kids run the table after a coach with a… problem… burns down the establishment and redeems his past as those same bunch of misfits are the Champions, my friend.

This iconic movie still manages to withstand time and immediately brings back memories for most hockey fans from the first time they’ve seen it. The Hanson brothers still make their rounds in the hockey circuit and Paul Newman surprisingly nailed his role in such an unexpected classic sports movie.

Marc-Andre Fleury and the Dan Potash made a hilarious parody in 2015 that proves that the movie is a must watch for hockey fans almost 50 years after it came out in 1977. It’s far from the dramatic story such as “Miracle” but is a must-watch for all hockey fans.

So there you have it. What would your top five look like?