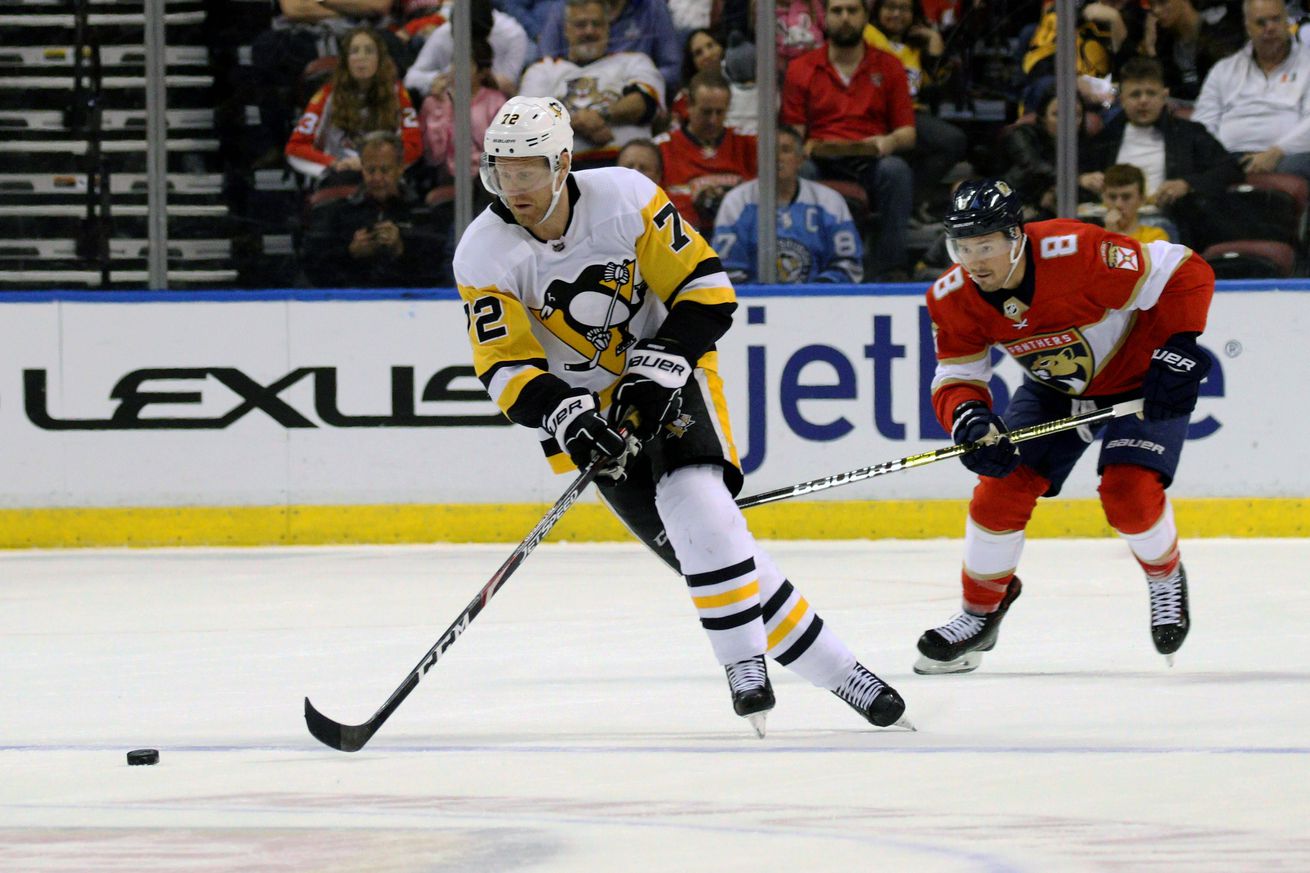 Hornqvist heading out of Pittsburgh?

The Penguins might be back at it with trades.

As per what I’m told – the @penguins are trading F Patric Hornqvist to @FlaPanthers in exchange for D Mike Matheson. @NHL @NHLNetwork .
.

There’s a lot to unpack here. Matheson, a left hand shot defenseman and 26 years old, has six more seasons remaining on a $4,875,000 cap hit. His advanced metrics are not the greatest thing you’ve ever seen coming from a weak Florida Panthers team.

Mike Matheson, reportedly heading to Pittsburgh, is a bottom pairing defenceman with well below-average impacts at both ends of the ice but hey apparently he’s got a nice shot! #LetsGoPens pic.twitter.com/Ym456umujE

Matheson has a few nice aspects to his game, mainly his shot. Matheson scored eight goals in 59 games last season, and has scored an impressive 26 goals in the last three years.

If there’s a glimmer of hope with Matheson, it’s here. Very good at shot contributions. Great at entering the offensive zone. Above average at exiting the zone. His other numbers aren’t great and his contract sucks, but he’s an upgrade over Johnson. (viz via @ChartingHockey) pic.twitter.com/oCckAYNzHx

Hornqvist is old and worn down, but still likely provides some value in a middle six with his goal-scoring and play-driving ability.
Matheson is younger, but hasn’t shown enough to be considered a top four guy and is being paid too much for too long for what he provides. pic.twitter.com/ZoF7Q9FADa

Hornqvist also is in possession of a full no trade clause, so he gets to pick where he goes. A place like Miami is not a bad place to live, even if the on ice product hasn’t been very competitive.

In fact, that could be the delay in the announcement:

For whatever reason, I’m told this trade hasn’t gone through yet. Not sure if it has to do with the fact Hornqvist has a full no-trade clause or not. https://t.co/EBdTuKXQv6

I’m told there’s a “glitch” with the FLA/PIT trade. It was definitely in progress. We will see if it gets worked out.

Hornqvist has three more years left with a $5.3 million cap hit. The Penguins have mentioned wanting to get younger and faster, and Hornqvist is one of their oldest players, and not exactly fleet of foot, though his intensity and passion has been a key part of the team for the better part of the decade.

It looks like that stint could be coming to an end.