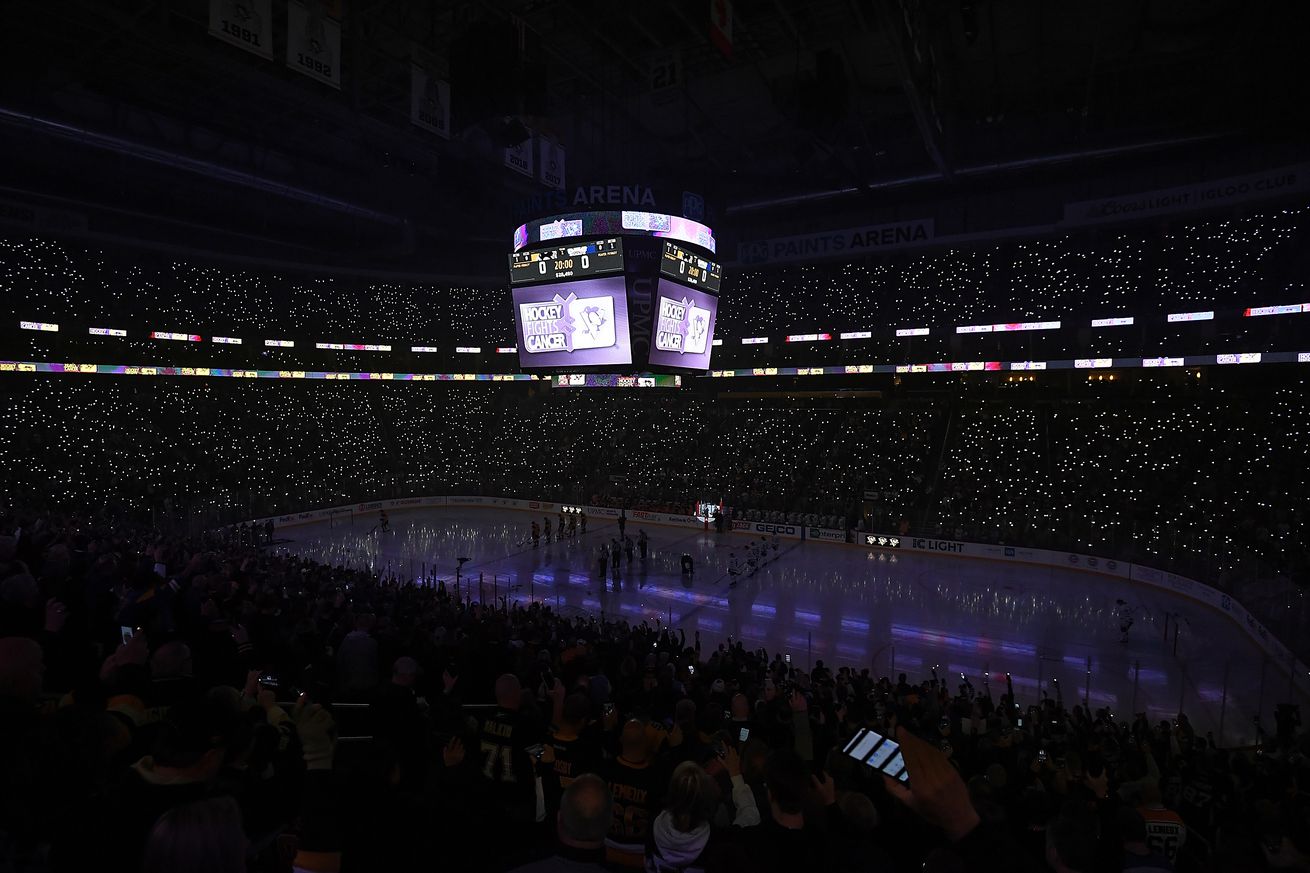 A member of the Pens organization is sharing her story, the team may need to do a bit more to be contenders, and EA Sports has extended its agreement with the NHL. All that and more in today’s Pens Points!

Here are some new Pens Points to kick off your weekend…

Katie Dudas is one of the Pittsburgh Penguins Foundation’s 50-50 Raffle sellers during Penguins home games. And with Hockey Fights Cancer month kicking off just a few days ago, she is sharing her story of how she is courageously fighting Stage 2 breast cancer. [Penguins]

The Penguins might have to do more to be considered real contenders in 2021. [The Hockey Writers]

The Minnesota Wild may be getting ready to unveil retro uniforms that harken back to the days of the North Stars. [Hockey Wilderness]

Longtime New York Rangers d-man Jim Neilson has passed away at the age of 79. [Blueshirt Banter]

Rangers defenseman Tony DeAngelo is not shying away from sharing his U.S. election opinions, which is far from the norm when looking at the rest of the league. [FanSided]

Here is what we know now about the NHL and where the league stands on its fight against COVID-19. [ESPN]

The next television deal may benefit the NHL owners in the long run. [Daily Herald]

EA Sports and the NHL have officially extended their partnership, allowing EA to continue producing hockey video games for the next several years. [NHL]

Alex Ovechkin says he will not play for any other team besides the Washington Capitals. [NHL]