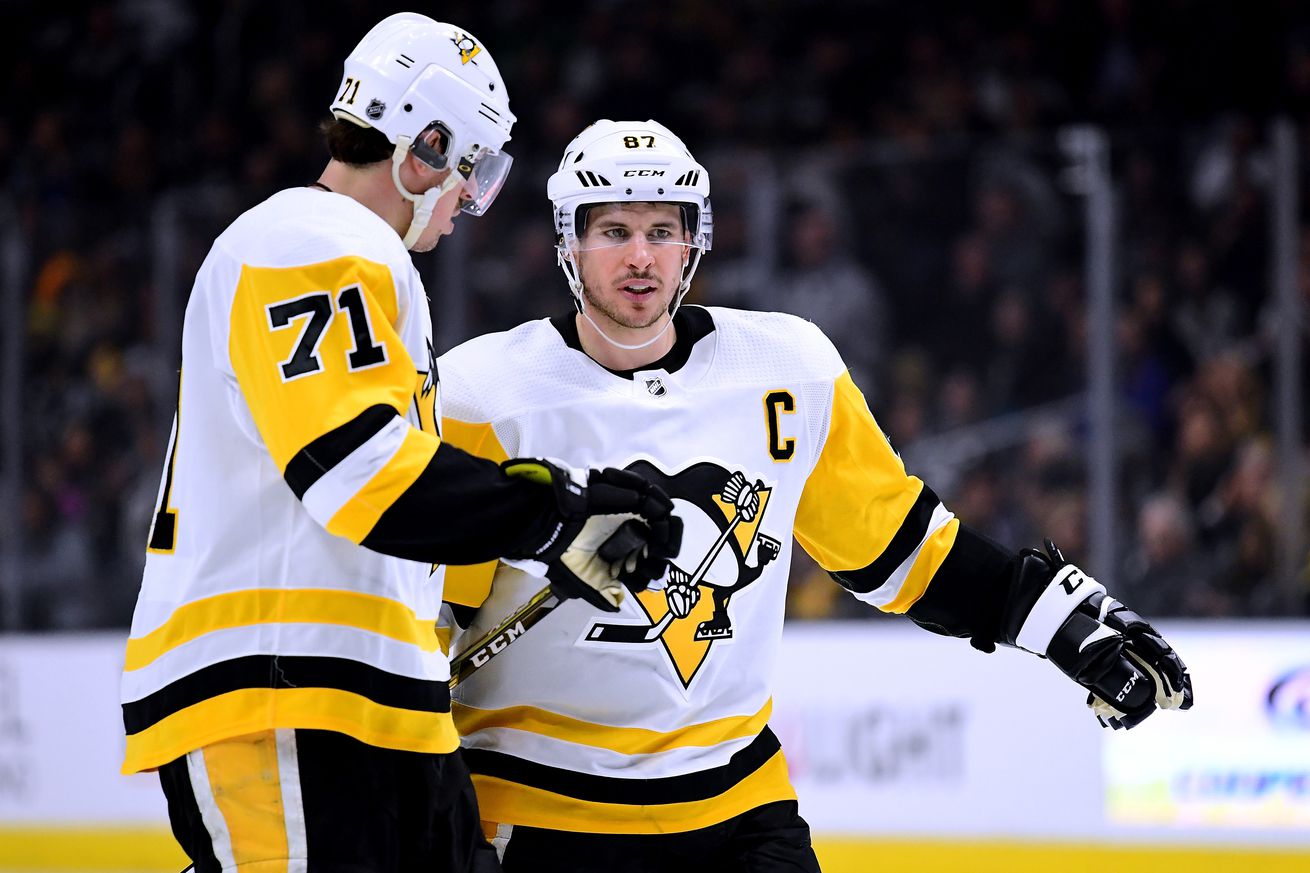 A few Penguins are sharing their personal connection to Hockey Fights Cancer, another prospect is playing in Europe, and we ask if Crosby and Malkin still have it. All that and more in today’s Pens Points!

Hockey Fights Cancer Month continues on. This week, Penguins’ forwards Brandon Tanev and Mark Jankowski shared why this initiative means so much to them. They fight for their former Providence College teammate, Drew Brown. [Penguins]

Prospect Drew O’Connor has joined the long list of teammates that will be playing hockey over in Europe. [Trib Live]

The Penguins organization has missed the October deadline to begin the first developments at the former Civic Arena site, but insist the project will continue in 2021. [Post-Gazette]

The Penguins have an infamously shallow prospect pool down on the farm, but that doesn’t mean there aren’t players who are ready to make the jump to the big time. [The Athletic $$$]

Can Sidney Crosby and Evgeni Malkin still be relied upon as elite players? What is the state of the franchise moving forward? [The Athletic $$$]

News and notes around the NHL…

Former Philadelphia Flyers’ goaltender Roman Cechmanek is in hot water with Czech authorities, and is facing up to 10 years in prison for fraud. [Broad Street Hockey]

Whenever the NHL and NHLPA decide to start the ‘20/21 season, they could implement one type of schedule then transition to another, if needed. [NHL]

Who will be the league’s top centerman in three years? [NHL]