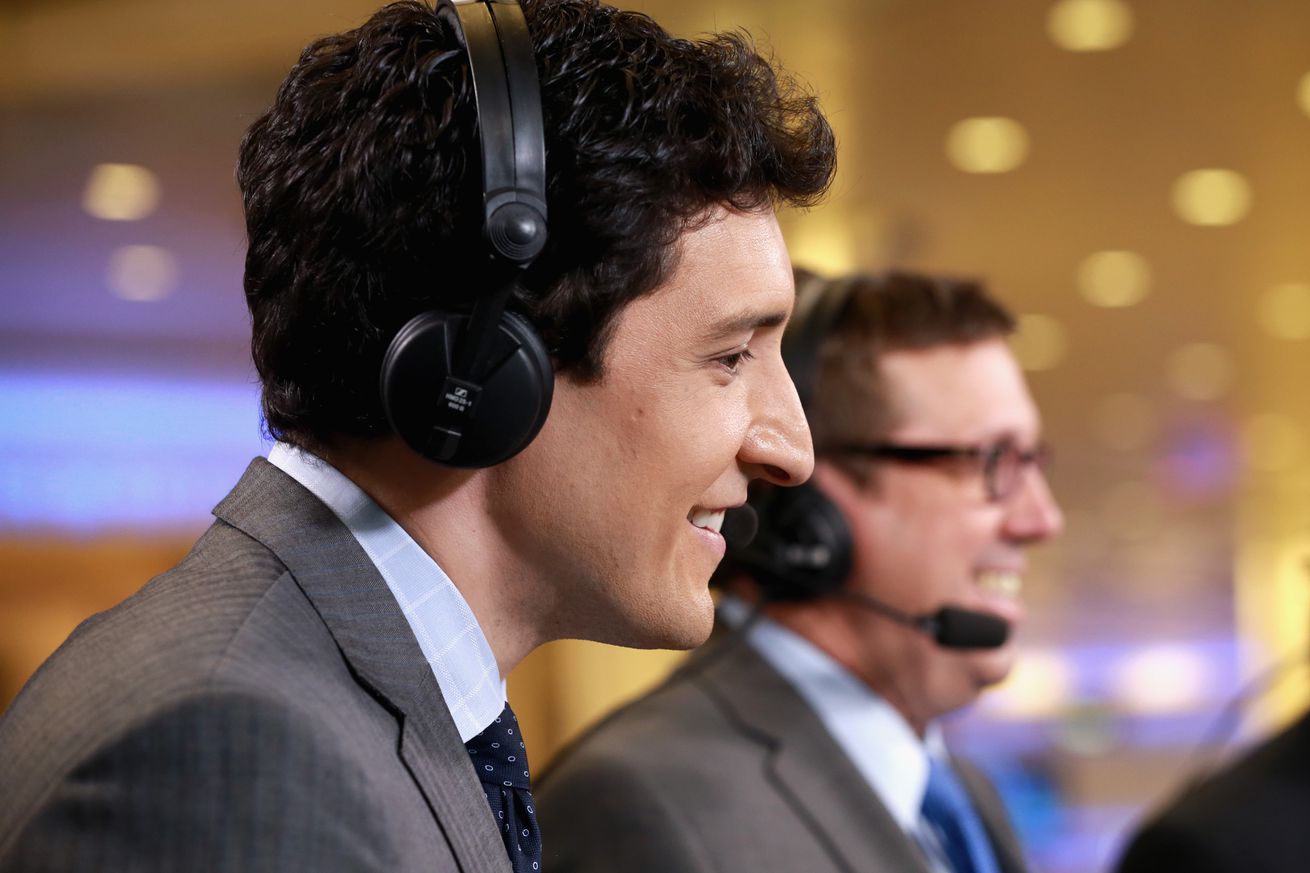 With his hockey duties on hiatus, Steve Mears took his talent to the US Open tennis tournament in New York City.

From calling Stanley Cup playoff games to calling US Open matches, Penguins television play-by-play broadcaster Steve Mears has been quite busy since sports have returned from their COVID-19 induced shutdown.

Even if the Penguins were still playing right now, Mears’ hockey duties were set to end following the first round of the Stanley Cup playoffs regardless. That’s when the local crews turn over all broadcasting duties to the national outlets for the remainder of the playoffs. This opening in his schedule allowed Mears to take advantage of a once in a lifetime opportunity to call Grand Slam tennis matches at the US Open in New York City.

In an interview with Penguins Team Reporter Michele Crechiolo, Mears revealed that he was first approached for this unique broadcasting opportunity a few months back and decided the opportunity was too good to pass up. In just a few weeks, Mears went from calling games featuring Sidney Crosby and Evgeni Malkin to Grand Slam matches featuring some of the best tennis players in the world.

When he wasn’t busy calling matches, Mears found himself with plenty of downtime, something he was able to take advantage of while inside the US Open bubble.

“Every moment of downtime, I was at a court just watching,” he said. “Because I’m thinking, when is this going to be happening again? I’m just sitting there and enjoying watching some of the best players in the world who are right in front of me. It was such a surreal feeling. That was one of the coolest parts.”

Like most sporting events currently going on the world, the US Open is being contested without fans. Typically, tennis Grand Slams are massive affairs that draw thousands of fans and can create a very raucous atmosphere inside the courts, but there is a different scene playing out this year in New York.

“Normally that Tennis Center is just buzzing with energy,” Mears said. “You have hundreds of thousands of people that attend the event every year, and every court is jam-packed, but this year, it was a bubble situation very similar to the NHL. And in this case, because we were in the bubble, we were able to go around when I wasn’t working calling matches.”

“I’m sitting in a stadium watching Serena Williams, Novak Djokovic, Naomi Osaka or any of those other great players, and I’m thinking, this is like watching Mario Lemieux in a playoff game with nobody here,” Mears said. “Other than some camera people and maybe a coach or two. So I definitely tried to soak it all up.”

Even if you aren’t a fan of tennis, it probably isn’t much of a surprise to learn that it varies differently from the sport of hockey. For his transition into the game of tennis, Mears had to do his homework to prepare himself for calling a sport so vastly different than the one he is most familiar with.

Leading up to the tournament, Mears watched a lot of tennis exhibition games and did his homework on all of the athletes. His hockey background helped with learning the pronunciations of their names, as tennis is also an international sport.

“It was like broadcasting bootcamp. You just go in, you’re doing multiple matches a day, you’re doing some matches of athletes you’ve never heard of before and it’s up to you to do all the homework. And I think it went really well. I just had fun with it. It was something really cool.”

With the US Open now in its final stages, Meats’ broadcasting duties for the tournament have come to a close and he now awaits the start of the next NHL season. During his downtime this fall, Mears will have plenty to look back on at what is surely one of the most unique summers of his career.