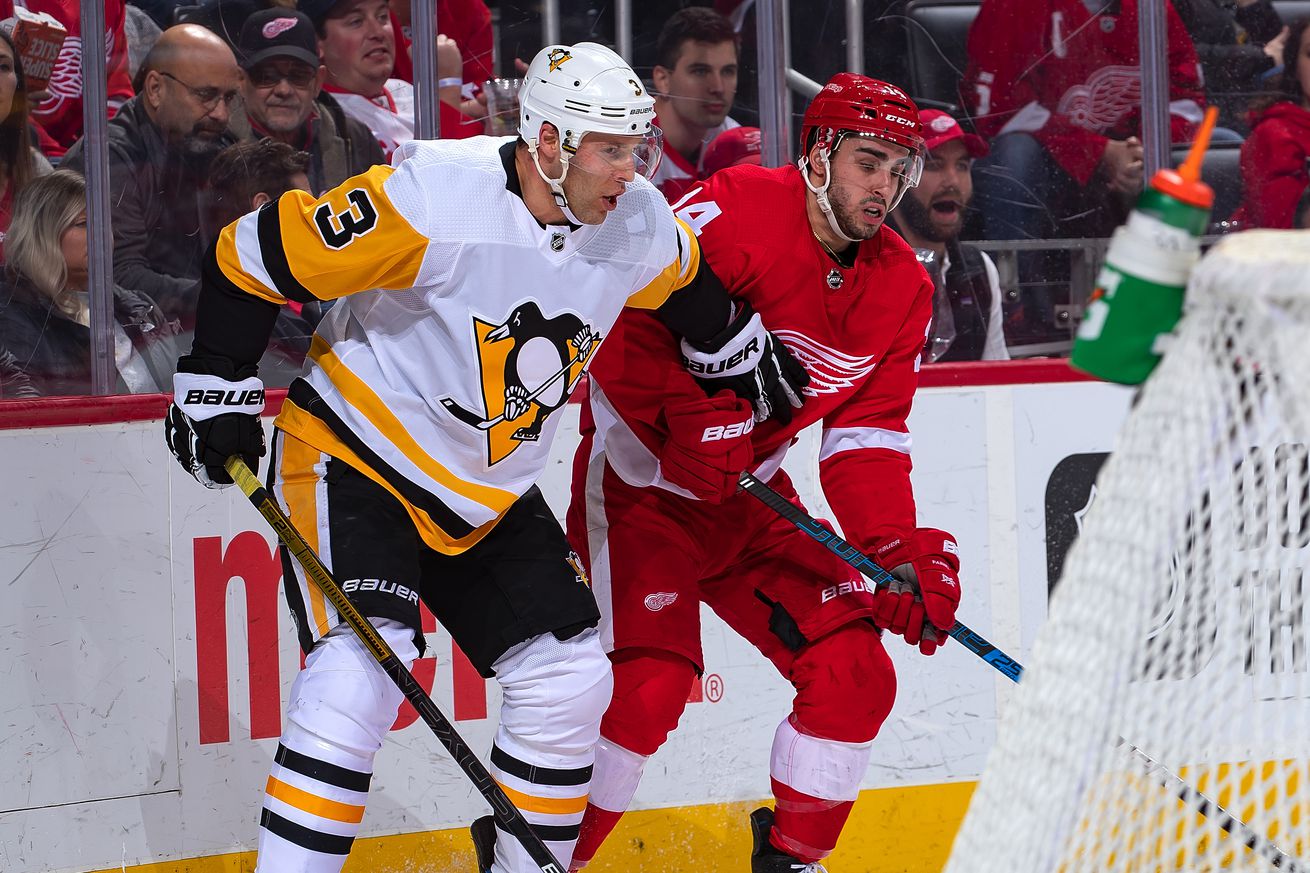 The Red Wings announced they’re open for the business of taking on bad defensemen. And business is booming!

The Detroit Red Wings made a splash today, adding defenseman Marc Staal and a 2021 second round pick for “future considerations” (aka basically nothing) from the New York Rangers.

Staal, 33, had one year left on a contract with a $5.7 million cap hit and hasn’t really been a viable NHL caliber defenseman for the better part of the last decade. Interestingly, the Wings aren’t just going to buy Staal out and eat a cap hit to avoid a bad player, apparently they’re in the business of using their salary cap space to acquire expensive and bad veterans, according to their general manager Steve Yzerman.

Yzerman said the Staal trade accomplishes a couple things. The Red Wings are looking for future assets as part of their rebuild, but they’re also trying to be competitive and improve. They get a second-round pick, and Staal plugs a hole.

Yzerman said the Red Wings are in position to do more deals like this in the future if they come along. There’s a lot of uncertainty in the NHL. The Red Wings could find teams that need cap space.

This is an incredible fit for the Penguins with their Jack Johnson problem, being as Detroit as advertised themselves as open for business and having a left side spot to fill for a veteran if they could get a future asset for their rebuild.

Staal’s situation is different than Johnson’s, being as the former Ranger only has one year left on his contract. Johnson has three years, though a lower cap hit at $3.25 million.

It’s also reasonable to ask is the best the Pens can do is burn a draft pick in order to drop Jack Johnson? And would the cost be a 2022 first round pick? A 2021 second round pick plus probably something else? Is that the best Pittsburgh can do? Is that what they want to do?

It’s worth considering, if nothing else. The Pens have a huge logjam on their defense and the acquisition of Mike Matheson presents the numbers game pushing ol’ JJ out of the lineup, a reality that GM Jim Rutherford has already publicly acknowledged.

And, really, Detroit is not the worst place as a humanitarian to fire Jack Johnson too. Detroit is only a few hours away from his family’s roots in Ohio. There certainly could be worse geographic places for him to be sent. Johnson also played two seasons at the University of Michigan, so he has some familiarity with the general area.

As of now, Detroit looks like a great candidate to move Jack Johnson to. Even after taking on Marc Staal, the Wings have $27 million of cap space for 2020-21, the third highest total in the league. Perhaps more importantly, unlike other cheap or poor teams with cap space (Ottawa!), the interesting part is Yzerman’s public utterance that he will basically take a bad LHD if it gets him some future asset.

Does he want a bad defenseman with three more seasons left on his deal? Maybe not. But the Pens should at least see what the price might be.

Perhaps Detroit will carry the memory that Johnson has already scored at least one goal for the Wings, despite not even playing for them. He’s just that good of a teammate. Great in the room. You can’t not start a rebuild without quality people like that. Do the right thing, Steve Yzerman.

Bowey uses Bertuzzi as a backboard, and Mantha forces a Pittsburgh defender to put it in his own net. #LGRW pic.twitter.com/YDHarxgH6n