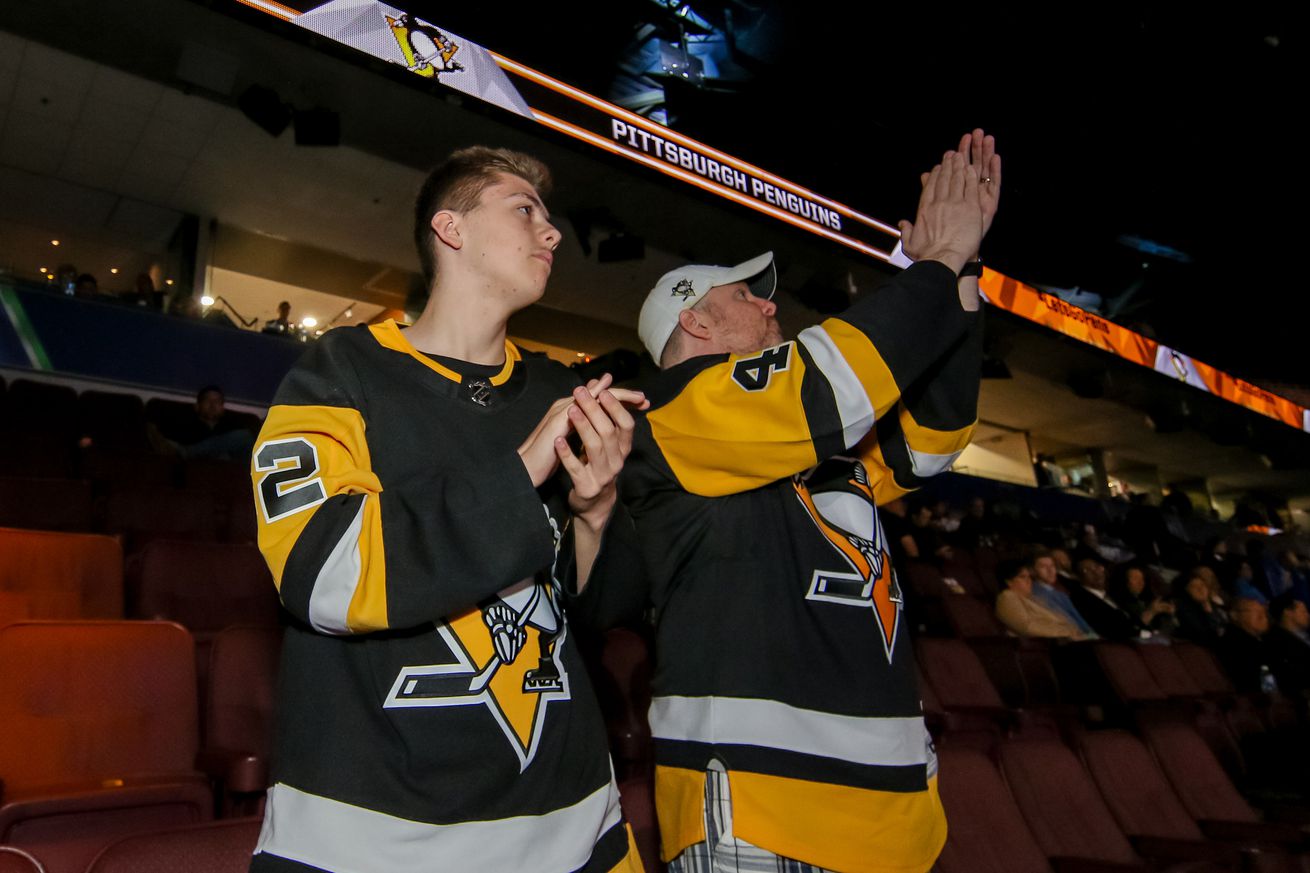 The NHL entry draft, scheduled as of now to go down on October 9-10 won’t be the biggest deal in the world for the Pittsburgh Penguins. Their trade last month to add Kasperi Kapanen in part for a first round draft pick (15th overall) really took a lot of suspense and juice out of the event for the Pens.

Pittsburgh also is short a second round pick as a result of the 2017 expansion draft that sent this pick to Vegas in exchange for their assurance that they would select Marc-Andre Fleury in the draft. That will be pick No. 46 overall, and Chicago now owns that selection, which ironically enough the Golden Knights sent to the Blackhawks as the major piece to get Robin Lehner, the goalie who has taken Fleury’s starting job.

The Pens also are down a seventh round pick, they traded with San Jose last year at the draft to get an extra seventh rounder in 2019, which Pittsburgh used to draft defenseman Santeri Airola.

One other item to remember is the Arizona Coyotes have forfeited their second round pick this year (and their first rounder in 2021) by league decree based on a violation of league rules at the combine, so really every pick the Pens have gets to be one pick better than a normal year. Barring further trades, the Pens have the following picks in the 2020 draft:

That’s not a lot of draft capital for what is already considered one of the weakest organizational prospect pools in the whole league — ranked 30th by Corey Pronman at The Athletic. Forgoing prospects and chasing NHL level talent has just been a natural use of resources for the Penguins at this stage of their late-cycle goal of contending. That’s not likely to change any time soon.