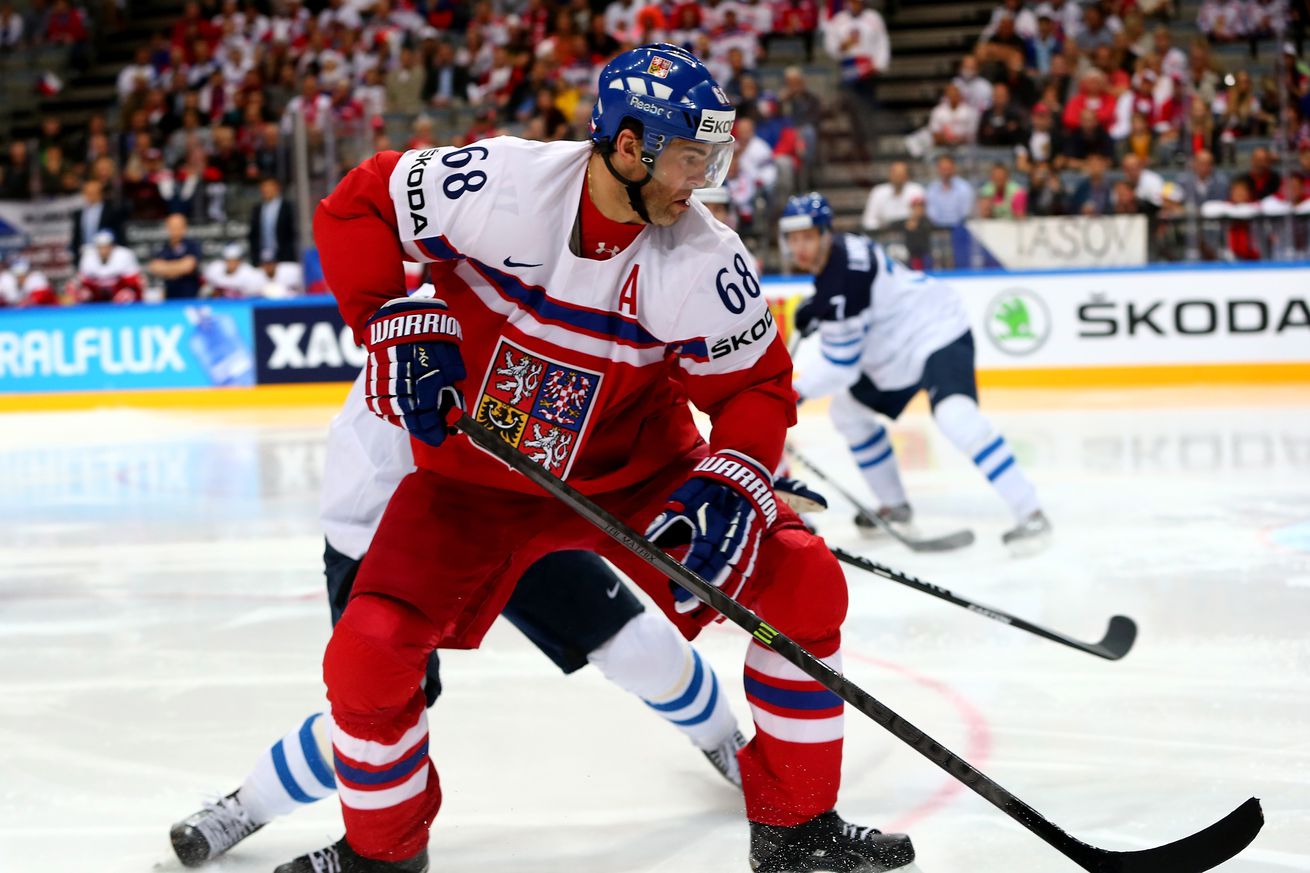 A new series: splitting up the best Penguins by country for an imaginary tournament

Our friends over at Broad St. Hockey had a great idea, so let’s lift it for our own purposes! While we kill time waiting for the season to start, let’s hold a Penguins’ World Cup of Hockey.

The rule is a player has had to have played a game for the Pens to be eligible. This will go with two stages: first we’ll pick a team of three forwards, two defensemen and a goalie, then we’ll hold some polls to ask the readers which teams would win.

And, in a special twist, we’re going to have not one but TWO Team Canadas, in honor of the two franchise players of Sidney Crosby and Mario Lemieux. As a twist, Mario will play on a team of Crosby-era Canadian teammates, and Crosby will be on a team with Lemieux-era Canadian teammates. That should be fun and add a bit of flair and drama to the proceedings.

Today, though, we’re naming our first team and starting with the Czech Republic to get the party started. Pittsburgh has had 22 skaters play at least one regular season game in franchise history hailing from Czech, a solid number for a relatively small hockey country. But the team packs some punch.

Vokoun is the only Czech goalie to date to play for Pittsburgh, but a good one indeed. Vokoun came to Pittsburgh at the tail-end of a quietly sneaky good team played mostly in the small markets of Nashville and Florida. He was 36 years old for the lockout-shortened 2013 season, starting 17 games and going 13-4-0 in the regular season with a .919 save%. In the playoffs Vokoun would take over for a struggling Marc-Andre Fleury and post a 6-5 record with a wonderful .933 save% (though he couldn’t score goals himself and the Pens lost). Surprisingly, that would be it for his career, even though he showed to have a very capable season.

I just wrote about Slegr, so we’ll keep this one short and sweet. Far better forwards than defenseman have come out of the Czech Republic in recent years for whatever reason, so Slegr will be depended on to just keep things moving. His skill set was pretty well-rounded and he has a lot of experience playing on international teams and in special tournaments, so he should be up to the challenge.

Michal Rozsival was a fourth round pick in 1996 by the Pens whose NHL career would total 963 games and have two Stanley Cups along the way (with Chicago). The Pittsburgh portion of his career was the early part, in the organization from 1998-2004. Towards the end of his stint in Pittsburgh injuries riddled Rozsival’s availability but he was able to find incredible health and a big career reset with the 2004-05 lockout, spent back in the Czech Republic, and then signing with the New York Rangers for 2005-11.

The shift about that time to more of puck moving and swift skating defensemen around that time also benefited Rozsival’s career prospects, he was a right hand shot with good size (6’1, 205) and very capable of snapping passes with the puck on his stick.

Lil’ Marty Straka was on just about everyone’s short-list for favorite Penguin player in his second stint with the Pens from 1997-2003. If you were too young to really see Straka; imagine the speed and tenacity from Carl Hagelin. Now, instead of Hagelin’s hands (where he usually scored 15g+15a in a season), imagine a player capable of scoring 30g+50a in an era where it was tougher to score! Straka was incredible and pretty much the total package.

Straka was fast, tough, tenacious, a great playmaker with vision and touch on his passes, could kill penalties, would go to the net, pretty much everything. Did we mention the speed?

Marty Straka was a PROBLEM and would be a big-time player in a tournament like this.

I wanted to put Petr Nedved here. But we all know Jaromir Jagr just loves his right handed center, and well, Jaromir Jagr gets what Jaromir Jagr wants. Just a rule to live by.

Lang had a sneaky good career in his own right; in his peak from 1998/99 – 2007/08 Lang averaged 64 points per season. Even more impressive, that was his age 29-37 years, making him super-productive deep into his career when many other forwards are long since dropping off. (Seriously though, a common thread is lot of these Czech players end up staying very valuable deep into their 30’s and even pro level into their 40’s. Not sure there’s any further as to why or how, but every player on this team has that characteristic, as do several of the honorable mentions below).

Lang was a valuable offensive-minded center with exceptional playmaking and ability to hold the puck and setup others for great chances. His fit makes him the preferred choice for this team.

The game changer. The show stopper. Mr. Big time. Jaromir Jagr just IS Czech hockey. His major career started with Kladno in 1988-89, which was before the country of the Czech Republic was even established — and he still played last year for Kladno in 2019-20. All of that after a long and illustrious 1,733 game career in the NHL where he got to No. 2 all-time in the league in scoring with 1,921 points (behind only Wayne Gretzky), and recognized as 1st all-time in league history with 135 game winning goals.

Add in Olympics in 1998, 2002, 2006, 2010 and 2014 as well as several other tournaments with the national team up to his retirement from the national team following winning the World Championship in 2015 and Jagr has about literally done it all in Czech hockey.

Jagr at his peak won four straight NHL scoring titles in 1998-2001 to conclude the end of his days as a Penguin. His dominance in that era was uncanny and it will fail on No. 68’s shoulders to be the main option to power the Czechs in this fantasy tournament.