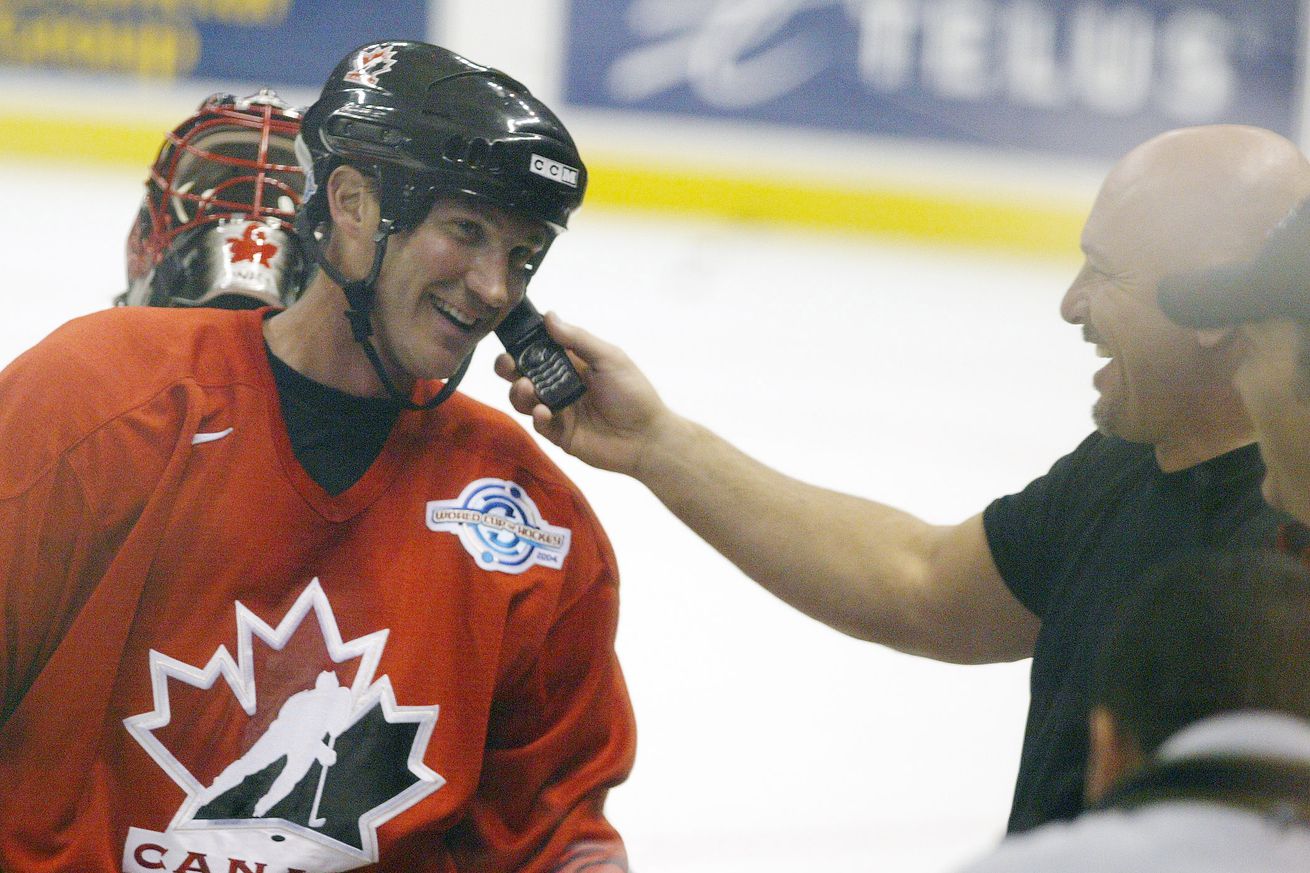 It’s time for a co-main event, the Mario Lemieux version of our Penguins’ “Team Canada”

In earlier parts, we laid out our format and the first team:

And buckle up, today is a big one.

As a reminder, we’re actually creating not one but TWO Team Canadas. It’s been by far the most populous team with 431 skaters over the years from the Great White North lacing ‘em up for Pittsburgh. And, come on, you’ve got Mario Lemieux and Sidney Crosby, two of the best players of the last 35 years and some of the greatest all time, they need their own team.

To put a fun little twist on the festivities, we’ve added that Crosby’s team will bound him to teammates of the Lemieux-era (1984-2004). And Mario modernizes to be on a team with Crosby contemporaries (2005-present). So the star centers will swap eras and play with each other’s best Canadian teammates. Should be juicy for the actual fantasy matchup that we’ll have everyone vote on!

Fleury or Matt Murray who should it be? It could easily be either, but I feel like a bigger portion of the fans would want to reward the longevity of Fleury, so that is the direction we shall go. Fleury was the number one pick in 2003, and a short-term Mario teammate so it’s almost like he should be DQ’ed out of the spirit of this team…But, that’s a bit too fine for a rule I created, so I’ll break it just the same being as the best of MAF’s career has been from 2006-onward. Fleury holds every major record and mark in the Penguins’ net; from games to wins to shutouts he’s got it all. His athleticism and ability to make game-saving stops, with of course 2009 Detroit Game 7 looming large, makes Fleury a legend. Stable and consistent play wasn’t always a Fleury trademark, but his overall ability makes him a worthy pick here.

Believe it or not, the best Canadian Penguin LHD in the Crosby-era has to be…Trevor Daley! (Seriously, think about it, just about every solid LHD for the Pens of the last 15 years — from Gonchar to Orpik to ‘09 Scuderi to Martin to Maatta to Dumoulin have all been non-Canadians). Daley won’t provide a lot of firepower, but he can skate very well, was reliable at moving the puck and is also a well-rounded and safe player to hang back and play a little defense for this high-powered team. Also, always remember the role Daley played in Game 4 2016 vs the Caps.

For so long in the post-Larry Murphy era, Mario had to deal with Ian Moran as his 1RHD. And while we love friend of the blog Ian Moran, just imagine the skating and up-man stretch passing ability of Kris Letang with Lemieux. That would be fun to see. Letang has been at least a top-10 defenseman in the NHL from 2010-2020. That really is incredible staying power upon for just how long he has been a 25+ minute a night player who has crushed possession metrics against elite opponents and been on the ice for far more good events than bad to push his team to the best results, and that would be a key for this team.

Although he has a soft spot in the hearts of Pens’ fans, Chris Kunitz is one of the more under-rated top line players of his era. He played the game like his hockey pants were on fire, flying in and throwing his body around on the forecheck or along the boards. But the under-rated aspects of his game have been not only the obvious of being a net-presence and a bull around the crease, but also his touch and vision on in-zone passing and the hockey IQ to read plays and help generational centers. Be it Sidney Crosby or Evgeni Malkin, Kunitz was a great supporting player and winger to do a lot of the dirty work and open up space for the star center. Which works great, since now his center is….

The big dog. At 6’5 and a skating stride so powerful it defied logic and a reach and lean that could seemingly cover half the rink, Lemieux is well-known as an all-time great. If not THE all-time great. Never has there been a more effortlessly gifted player with magical hands and the ability to elevate others. Mario once made a 29-year old Warren Young a 40 goal scorer in #66’s rookie season (Young had but 2 career NHL goals before that season), Young would be an NHL/AHL tweener two years later and out of pro hockey two years after that.

Always one to seize the moment, Mario was probably at his peak in the 1991 playoff run. Following a back surgery in summer 1990, Lemieux stepped it into high gear for the ‘91 playoffs, scoring a whopping 44 points in 23 playoff games (next highest on the team that wasn’t under his influence: Joe Mullen’s 17 points). That 44 point post-season would be the second most in NHL history and just shows how how absolutely dominant he could be. Over two seasons from 1987-89, Lemieux scored a total of 23 shorthanded goals. To repeat: 23 shorthanded goals scored in two years, never has there been a more lethal player.

Good luck to all the other teams in the Penguins’ World Cup.

Perhaps a controversial call here, but we’re building this team around Lemieux. It could easily be Mark Recchi in this spot (though he was kinda old in the Crosby-era which also kinda defeats the purpose of this exercise), but Neal’s size and pure shooting ability and physical edge give him the call. Neal scored 40 goals in 2011-12 playing alongside Evgeni Malkin, and with due respect to the Russian superstar, could you imagine a prime Neal teeing up one-timers and driving to the net for tap-ins with #66 centering him? It’s a tantalizing mix. For players at the height of their powers in the Crosby era, you want a big power forward type playing with Lemieux. That formula paid off in spades back in the day with Kevin Stevens and Rick Tocchet. The way Neal could shoot the puck it makes for a natural fit here as a trigger-man for Mario.

We still have a few more star-filled teams to go, including Sid and the Mario-era supporting cast, as well as Geno and the Russian contingent, and a proud American team (not to mention Jagr and the Czech team already named), but do you see anyone standing up to Lemieux and his crew?