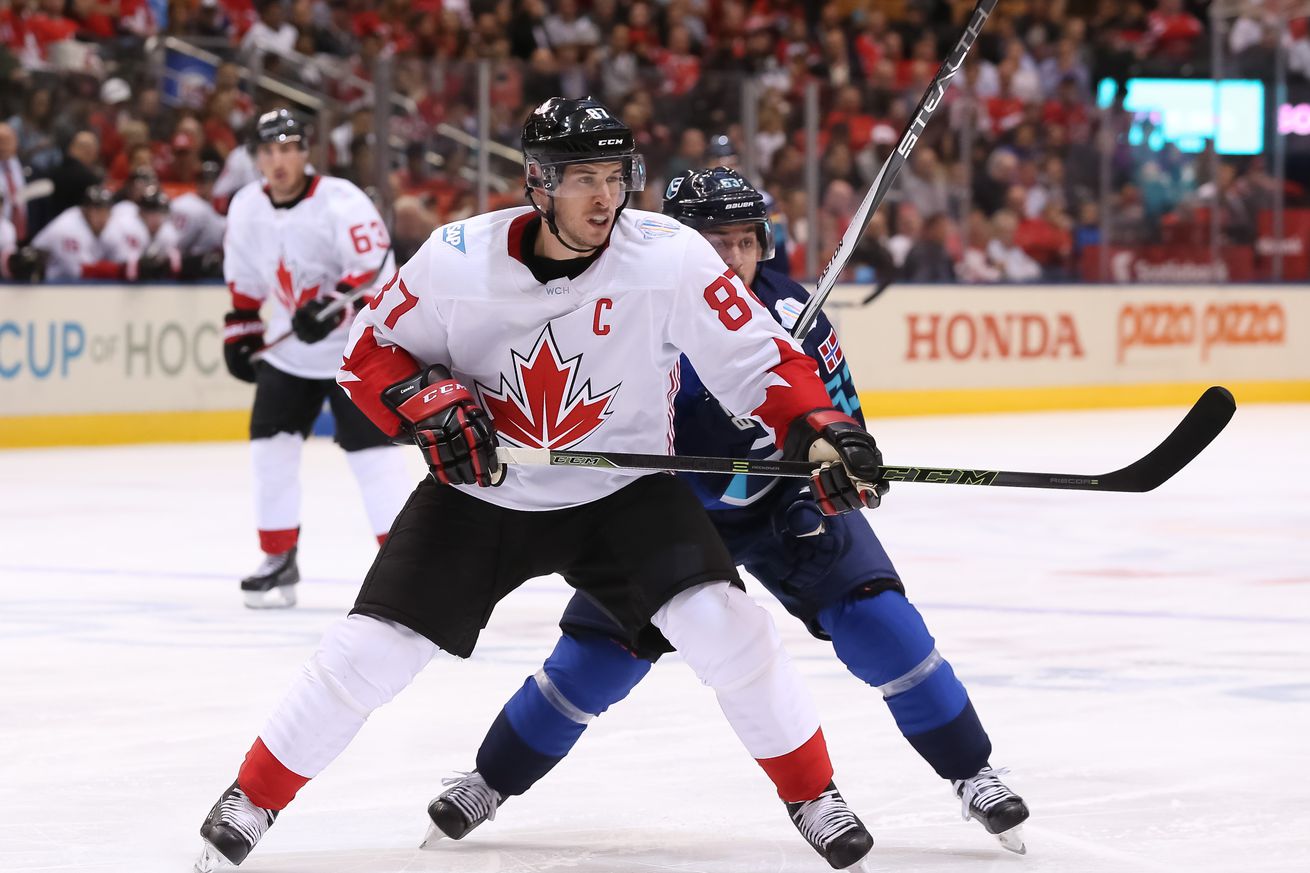 Photo by Andre Ringuette/World Cup of Hockey via Getty Images

Up next: picking the best Team Canada for Sidney Crosby with Mario Lemieux teammates

And buckle up, today is another big one.

As a reminder, we’re actually creating not one but TWO Team Canada’s. It’s been by far the most populous team with 431 skaters over the years from the Great White North lacing ‘em up for Pittsburgh. And, come on, you’ve got Mario Lemieux and Sidney Crosby, two of the best players of the last 35 years and some of the greatest all time, they need their own team.

To put a fun little twist on the festivities is that Crosby’s team will bound him to teammates of the Lemieux-era (1984-2004). And Mario modernizes to be on a team with Crosby contemporaries (2005-present). So the star centers will swap eras and play with each other’s best Canadian teammates. Should be juicy for the actual matchup!

forward on the ice (though there are two big exceptions to the rule in recent Pens history).

The possible weak link on this jacked team? The marquee starting goalie of the Mario-era Penguins was an American (Tom Barrasso) which means this team gets “stuck” with possibly the preeminent backup of the Mario era in good ol’ Kenny Wregget. Wregget had incredible staying power, playing 575 total NHL games over the course of a great 17 year career. 212 games were with the Pens, going 104-67-25 (that last 25 being ties for all you kids out there) and a .898 save% and 3.29 GAA which wasn’t bad for his era of 1992-98 with Pittsburgh.

OK, just end the article here. Sid plus Paul Coffey, are you kidding me? What more do you need?

Remember all those times Ryan Whitney would cut in towards the net and Sid would hit hit with a pass from the corner? Imagine that with Paul Coffey in the Whitney role. Man. Beyond that, Coffey’s speed and skating ability, his hands, and ability to rack up points would be just insane and perhaps borderline unfair while playing with Sid. It would have been a great thing to see in both their primes.

As if Coffey wasn’t enough, Larry Murphy is a second Hall of Famer on this team who won’t lack for puck-moving or offensive ability from the blue line. 1,217 career NHL points to his name, four Stanley Cups, Murphy was just a top-line player for almost 20 years that found his way to help teams for a long, long time.

The ol’ Recchin ball played with Crosby towards the end of his career, but this version of Recchi in the Lemieux-era was much different. In the four seasons from 1990-94, Recchi racked up 440 total points and had goal scoring totals of 40, 43, 53 and 40 over those four years. As an elite skating winger with nifty hands and a knack for finishing, that makes for an ideal finisher for Crosby’s line with an offensive IQ and the skill to convert. As much as a player like Jake Guentzel has done well with Crosby, prime Recchi has an extra hop in his skates and though there are different eras involved, Recchi’s career history certainly shows a tremendous track record of production.

And then we get to Sid himself. Crosby carries a 1.28 point/game mark in his NHL career that is right up with the all-time greats and has established himself as the stand-out player of his generation to join the conversation with Lemieux, Gretzky, Howe and Orr in the pantheon of the absolute legends of the sport.

Crosby is Canada’s golden boy, winning a World Juniors in 2005, captaining Olympic golds in 2010 and 2014, scoring the golden goal on home ice in ‘10 to boot. Add in a World Championship in 2015 and a World Cup of Hockey in 2016 and Sid is one of the elite leaders and winners the country has ever seen (and that’s before we get to captaining the Pens to three Stanley Cups). As the ultimate winner and competitor, Crosby aims to lead this team in the Pens’ World Cup tournament to the promised land for yet another achievement.

Just as Lemieux flourished with players like Stevens and Tocchet, Crosby has also been a perfect fit for the tougher players in his day with Kunitz and Dupuis. Rick Tocchet, with 952 points in 1,144 career games gives Crosby the dynamic of a brutally straight-forward winger who will absorb punishment and probably dish out more on his drive to the net. And don’t forget the hands to finish, with Tocchet with five 30+ goal season and three years of 40 or more tallies.

Can this Sid team hang with Mario’s Team Canada? It would be a hell of a match up and is fun to think about and consider. This Crosby Team Canada is so high-octane with Coffey-Murphy on the back end rushing or pushing the pace for Recchi and Sid, and then the human bulldozer in Tocchet to go to the net to clean up any leftovers while bringing havoc all along the way.