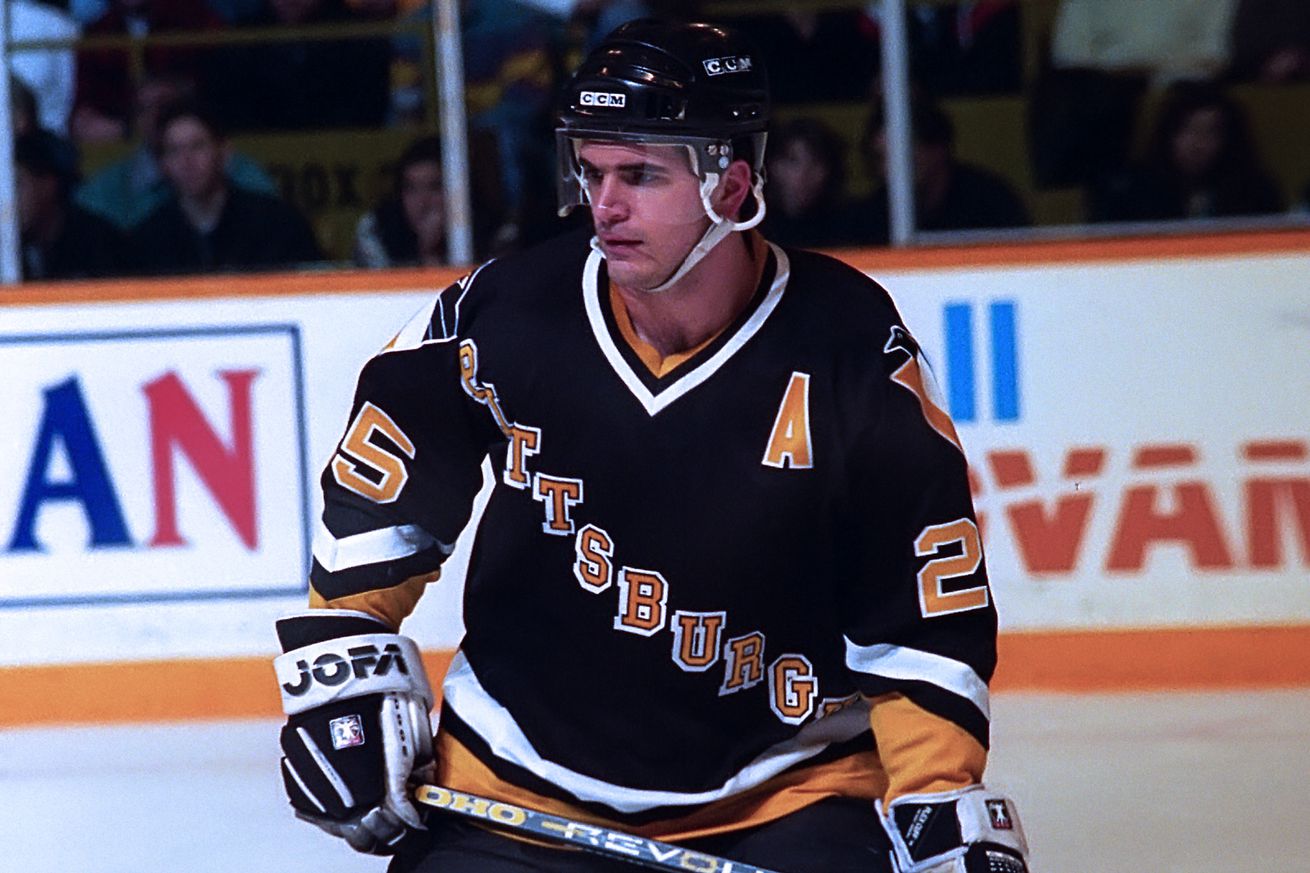 A very Massachusetts-influenced group of the best American born Penguin players, highlighted by the one and only Kevin Stevens

And buckle up, today is another big one.

Today, let’s check on Team USA — 132 skaters have played for the Pens with American roots over the years, and we can build a strong team from them.

Before Marc-Andre Fleury and Matt Murray, there was no doubt who the best goaltender in Pens’ franchise history was. It was Boston native Tom Barrasso, who spent 12 seasons in Pittsburgh from 1988-2000 and set every meaningful record in team history along the way. Barrasso was the backbone in net throughout the team’s long playoff streak in the 1990’s, highlighted of course by the team’s first Stanley Cups in 1991 and 1992. An athletic goalie who had size that was really ahead of his time as a 6’3, 210 pound goalie at a time when many goalies simply weren’t very gifted in that regard, Barrasso was a great stickhandler and fiery competitor.

To counter some of the other high-talent and skill teams, Team USA needs a little grit. Say no more than “the shift” when Orpik elevated his game against the Red Wings in the Stanley Cup Final and always set a physical tone and forced opponents to keep their heads up and think twice about driving into the scoring areas.

Good luck getting the puck and yourself to the middle of the ice with Orpik patrolling the left side.

The Pens’ portion of Hatcher’s career kinda felt like empty calories, but overall he had 677 points in 1,157 career NHL games and once scored 34 goals (!!) in one season in 1992-93. At 6’3, 232 pounds he brought a large frame and really good shot and offensive instincts in his heyday. Would you be so bold as to say John Marino here? Maybe one day, but for now the cannon of a shot from Hatcher gives him the nod.

No star can out-shine Mario Lemieux but the impact of the brash, powerful Kevin Stevens really set a big time tone for the early 1990’s Penguins in their peak. A four time 40+ goal scorer, Stevens’ peak was derailed by a nasty injury but his time at the top was a forceful one as well over a point/game player for four seasons. At 6’3, 230, Stevens continues the trend of this Pens’ Team USA being very heavy and aggressive group.

While Matt Cullen was running on fumes in the end of his career with the Penguins as a fourth line, two-way player, he made a long career out of being a productive top-six complimentary player who used his great skating and hands to generate points. Cullen recorded 731 NHL points in a whopping 1,531 game career and was a smart enough player to become more well-rounded and find ways to add value to his teams on the penalty kill and in the lockerroom. Cullen is also the beneficiary of circumstance, because, really, the Pens’ haven’t had the best of American centers over the years.

Billy G is another Penguin player who might be remembered as a grey beard, but he also was among the best offensive wingers of his era with five 30+ goal seasons and a career with 856 points in 1,263 games (429G+427A). Guerin at 6’2, 220 is yet another large player, and another Massachusetts native too, so I guess with Barrasso, Orpik, Stevens and Guerin this team certainly won’t be short on having opinionated and strong Boston type personalities.

What do you make of our Team USA? This team doesn’t have a true superstar, which the Canadas, Czech and Russian teams all will have — but the Americans are well-rounded and they’re also built quite differently than many of these teams. The average weight of the official listed stats of the five skaters is a massive 220 pounds (take out Matt Cullen and it’s up to 225 pounds). This is a big team that would be difficult to play against, and certainly would have no qualms about using size and muscle of their wingers to drive to the net and use some nifty hands to finish. Barrasso was also a Vezina winner in his Buffalo days, meaning in theory he could be the best goalie of his day and perhaps would be able to provide solid goaltending.