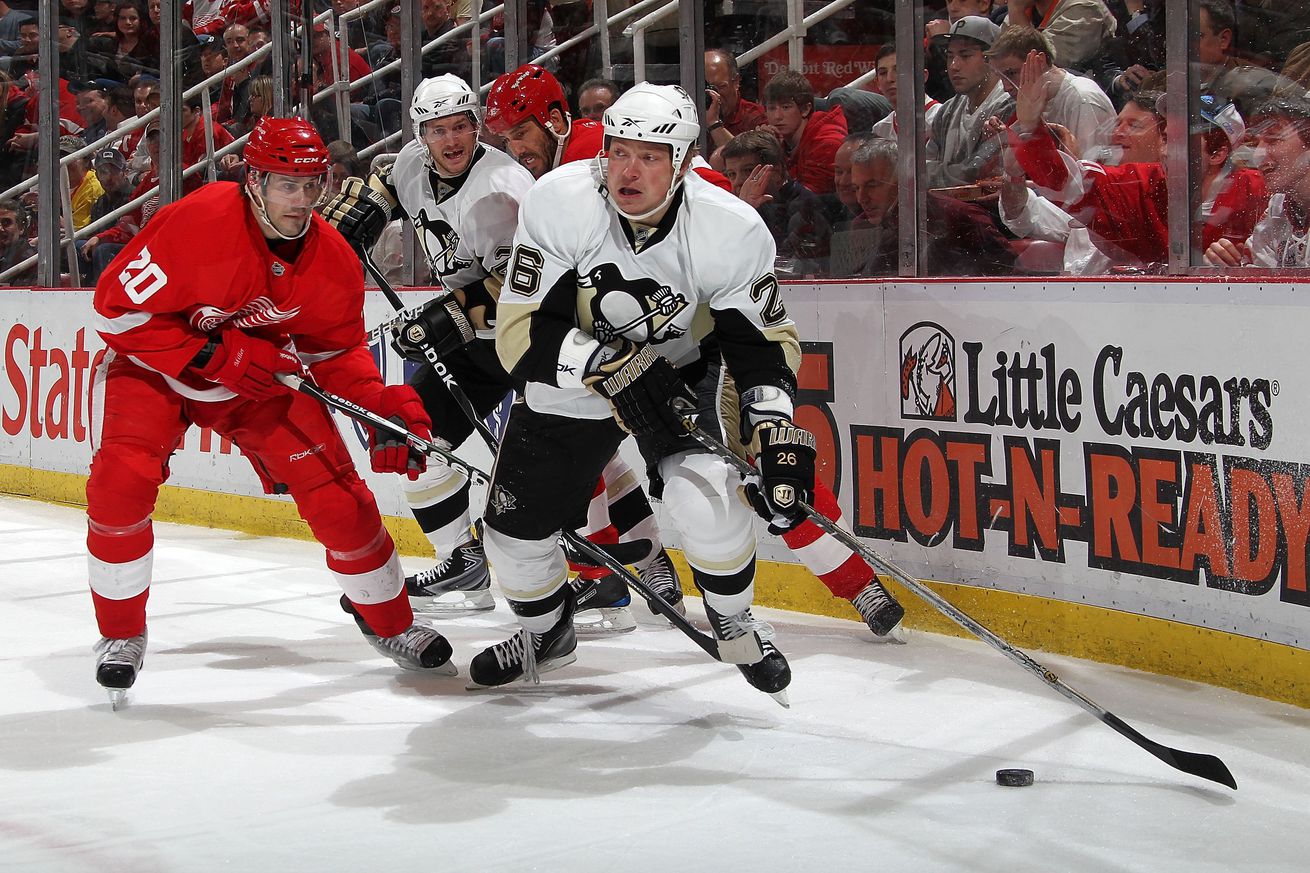 Can a scrappy group of misfits come together and make waves in our Penguins’ World Cup?

And here’s the eight group. The loveable misfits, of “Team World”, representing the catch-all of the teams not represented above.

Team World has a better goalie option than some of the regular countries with the German-born Greiss in net. Greiss has somewhat quietly carved out a really good NHL career going 248-137-90 in now 11 years with an above average .915 save% and 2.63 GAA. Greiss gives Team World a better option in net than some other of the big hockey countries represented, which could be a huge factor to help this team perhaps end up as a surprise.

Lithuanian Darius Kasparaitis was one of the most feared checkers of his era, perhaps any of time, with his instincts and willingness to throw his body like a missile to stop oncoming forwards. His ability to hit, be it a hip check in open ice or a smashing check along the boards has rightfully grown into hockey lore in a game where such ferocity isn’t very common. Offensively, Kaspar added very little with 163 points in 863 career NHL games, but as even the great Dominik Hasek found out in overtime of Game 7 back in 2001, occasionally Kasparaitis could surprise and slip a point shot in from time to time as well.

A ninth round pick in 2004 by Montreal, Swiss-born Mark Streit quietly carved out a solid NHL career that spanned 786 games and saw him score 98 goals and 338 assists. Streit was a perfect defender for the modern era of the last 15 years after the lockout, he was a deft skater who could move the puck and a solid hockey IQ to make up for a slight 5’11, 185 pound frame. Streit scored double-digit goals five times in his NHL career (and another nine goal season, and was on pace for double-digits in the 2012 lockout year) and also top 45 points in five campaigns. At his peak in 2007-08 with Montreal he scored 62 points and received some Norris votes in 2008, 2009 and 2010.

Ruslan Fedotenko was such a solid all-around player, and he always had a knack for playing his best as a supporting player for good teams. He scored 12 goals (tied for team lead) in the playoff run for the 2004 champion Tampa Bay Lightning and followed that up five springs later with 14 playoff points (tied-5th on team) for the 2009 Stanley Cup champ Penguins. Championship teams always seem to have a handful of those solid players who find ways to elevate in key moments, and Fedtenko certainly had that almost intangible and tough-to-quantify trait to play his best when the games were at their biggest.

Fedotenko seemed to play bigger than the 6’1, 200 pounds he was listed as, just a very steady force to add for any line he was on up or down the lineup. His hands weren’t great but he consistently ended up with about 15 goals and 20 assists per year, while playing well off the puck and on the forecheck and once had a 26 goal season at this personal peak in 2005-06. Team World is happy to add a very reliable Ukranian to the wing.

Latvian Teddy Blueger has slowly bloomed into one of the more reliable lower line centers in the league, doing a bit of everything well. He can kill penalties and is effective and smart in how he positions himself and his stick on the penalty kill. His skating has developed into helping his game and his offensive production (32 career points in 97 games) suggests better than fourth line ability there too. Team World doesn’t have a lot of great pure center options, but Blueger can also chip in with some steady and sneaky good play.

The Slovakian’s time in Pittsburgh was short-lived, but incredibly awesome on the ice before it was colored by his decision to depart via free agency. Hossa developed a deserved reputation of being one of the finest two-way and defensive wingers of his era from 1998-2017, but with 1,134 career NHL points in 1,309 games, I think the offensive side of the equation has lagged a bit behind in memory for how skilled and productive he was as well. In 12 seasons from 1999-2000 to 2011-12, Hossa averaged 34 goals and 74 points per season across playing for five different teams. No matter the system or teammate quality, Hossa was a big time player who ended up showing elite consistency and ability that made him a Hall of Famer. Team World will need that star power.

Overall, for being somewhat of misfits from various countries Team World still packs a punch. Based on the Pens not having tremendously great Swedish or Finnish teams, I think it would be fair to rank the World about 6th out of the 8 teams, give or take, which isn’t bad at all.

Next week we’ll reveal the group stage results and then turn the knockout round over to polls for voting on how the tournament goes. Here are the Groups, for your perusal and predictions on how seeds 1-4 will go in each bracket (with Group 1 first vs. Group 2 fourth, Group 2 second vs. Group 2 third; etc to makeup the first round of the tournament)