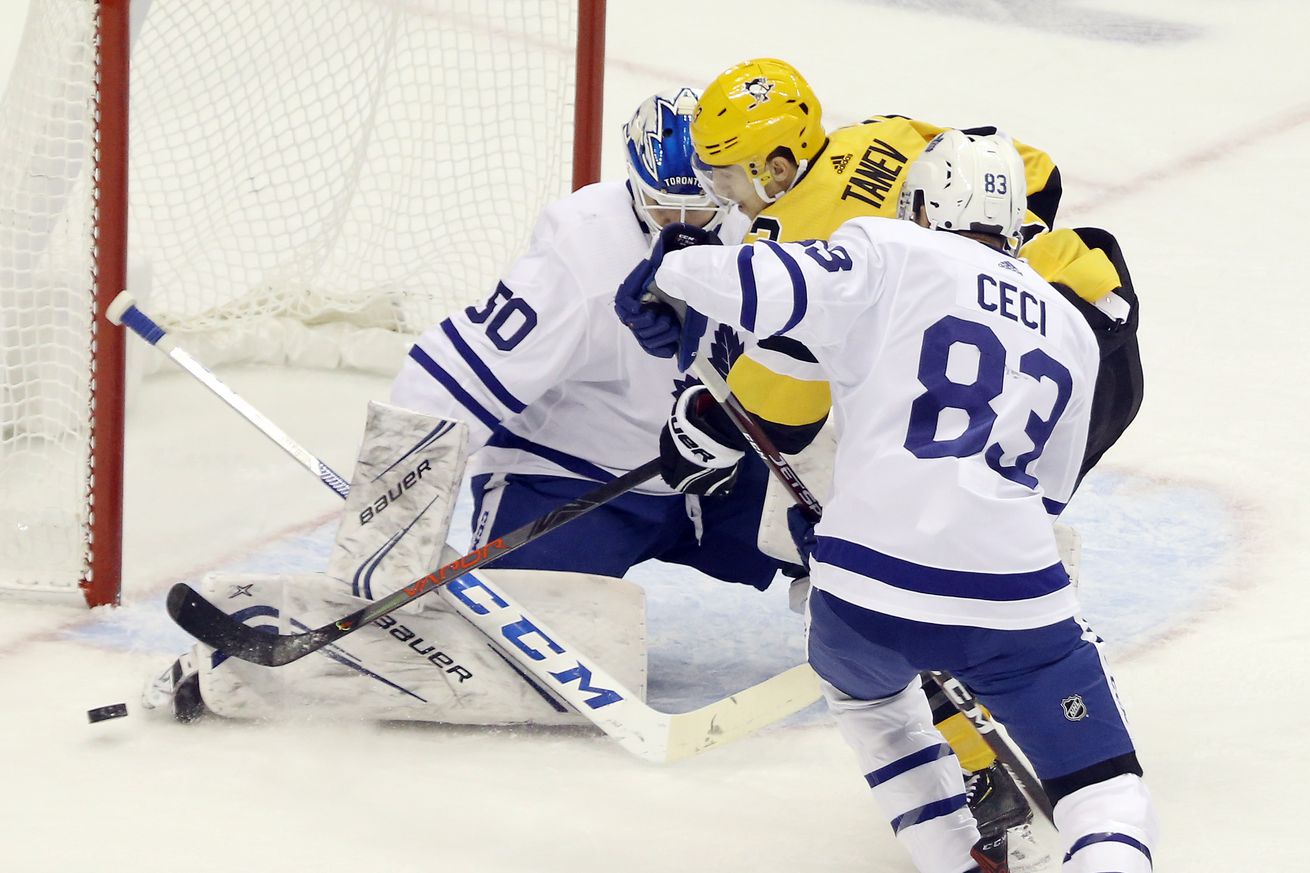 One step forward, one step back for the Pittsburgh Penguins after signing Cody Ceci. And it will leave them exactly where they are now — not a serious contender.

One of the great ironies of the NHL is that a mighty team can be brought down by a weak link. Hockey is indeed the ultimate team sport, and while fate is often fueled by luck, injuries and goaltending performances, players in a limited role can have a major impact in the result of games and series.

There’s no better recent example of this than the Penguins’ most recent glory for championships in 2016 and 2017. It was driven by defeating the Washington Capitals in marquee matchups of two of the strongest teams in the league. The Capitals won the Presidents Trophy both seasons as the NHL’s top regular season team.

But the Caps’ had a fatal flaw — while they had built an exceptionally strong team, they were weak and lacked depth defensively. In 2016 this was manifested very clearly and directly — Nate Schmidt made a brutal giveaway in Game 3 to Phil Kessel that quickly became a Carl Hagelin goal (where Hagelin beat Schmidt at the front of the net to compound the mistake). That ended up figuring to be the game winning goal. As a result for this blunder, Schmidt was subsequently benched for Mike Weber. It what was a questionable move from the get-go, but one the Caps felt the need to switch personnel to hope for a better result.

As predicted, it ended in disaster for the Caps. Weber served up the Game 4 overtime winner to Patric Hornqvist on a platter. Another bottom pair weak link, Taylor Chorney, got out-leveraged off the puck by Hagelin in OT of Game 6 in a sequence that soon led to Nick Bonino punching in the goal to clinch the series for Pittsburgh.

In 2017, similar gaffes by Brooks Orpik and Kevin Shattenkirk also fueled the Penguins’ upset win over the Caps yet again. And again ended up with a banner being raised in Pittsburgh and not Washington as a result.

So any doubt that a weak third pair can’t sink an otherwise stellar team — despite what mainstream Pittsburgh media might want you to think — is just silly and indisputably false. A third pair can be hidden and minimized, and there surely are dozens of other factors involved, but mistakes lead to losses, and mistakes are usually most commonly made by poor players.

The Penguins saw the same happen in their 2020 playoff series. Jack Johnson played just 51 5v5 minutes in four games against Montreal, but ended up on the ice for five goals against. Justin Schultz was there too and on ice for five goals in 58 5v5 minutes and just as responsible in many cases. Montreal only scored 10 goals total in their series win, a series they tipped the balance by exploiting and punishing the mistakes of the weak players, just as the Pens had once exploited the mistakes of players like Schmidt, Weber and Chorney from the Capitals. (Schmidt has since grown into being a solid player, but that’s besides the point when looking back at what he was in 2016).

Pittsburgh’s 2020 off-season was supposed to rectify this. Schultz was allowed to walk into free agency without a second thought or worry (where, ironically enough, he would sign a two-year contract with Washington. Which, good luck with that!)

The Pens then used their first ever buyout of a contract to remove Johnson from the team. He was by far the weakest link and led to more goals against in the last two seasons than anyone. It saved Pittsburgh over $2 million on the salary cap for 2020-21 to remove a bad player, and gave the benefit of also taking out the bad player. A true addition by subtraction.

That lasted for almost two weeks, where the Pens yesterday moved to sign another black hole of a defender who doesn’t do much defending by adding Cody Ceci to a one-year contract worth $1.25 million. Ceci’s issues and deficiencies unfortunately are reminiscent of the player they just paid to go away.

Cody Ceci, signed 1x$1.25M by PIT, is a subreplacement defenceman who consistently gets played in much higher minutes than he deserves. It’s been a while since the Pens had someone like that, eh? pic.twitter.com/kisudWDw7w

It’s reasonable, though not comforting, to point out that Ceci’s xGF stats in 2019-20 aren’t quite as bad as Johnson’s. Ceci’s contract is only for one season as well, meaning at least his impact shouldn’t be felt for seasons to come.

But in the immediate term, the Pens saved about $2 million this season by cutting Johnson. They just turned around and gave most of it to a defender nearly as bad. This is a head-scratching decision that will only serve to take one step forward by taking an equal step back.

The problem remains that the rationale behind signing Ceci shows that the Penguins’ key decision maker still doesn’t really understand the reason why Johnson failed. And the reason why Ceci will be a weak link in just the same way.

“Cody is a two-way defenseman who plays with size and a speed game that fits our system well,” GM Jim Rutherford said. “He brings both regular season and playoff experience, and can be utilized on the penalty kill.”

While the basics of what Rutherford says is true — Ceci at 6’2 and 210 pounds brings size. His penalty kill results are pretty decent, which is something. But to think that this is a player who will “fit into the system” or be a helpful player is a huge leap with seven seasons worth of empirical data that shows this will not be the case.

Cody Ceci is not the answer for the Pens, especially since he figures to be penciled into the lineup with a player in Mike Matheson who will require a steady and capable player to stay afloat.

The best hope at this point is that Ceci is replaced in the lineup early in the season and won’t sink the Pens’ playoffs again, like Johnson and Schultz helped to do this year and like weak Washington players did to the Pens’ benefit in 2016 and 2017.

In any perspective, it’s a hugely questionable and likely bad idea that will not help the team whatsoever. It’s another totally avoidable mistake waiting to happen that the team is charging into without any regard for what the problem they had was in the first place.