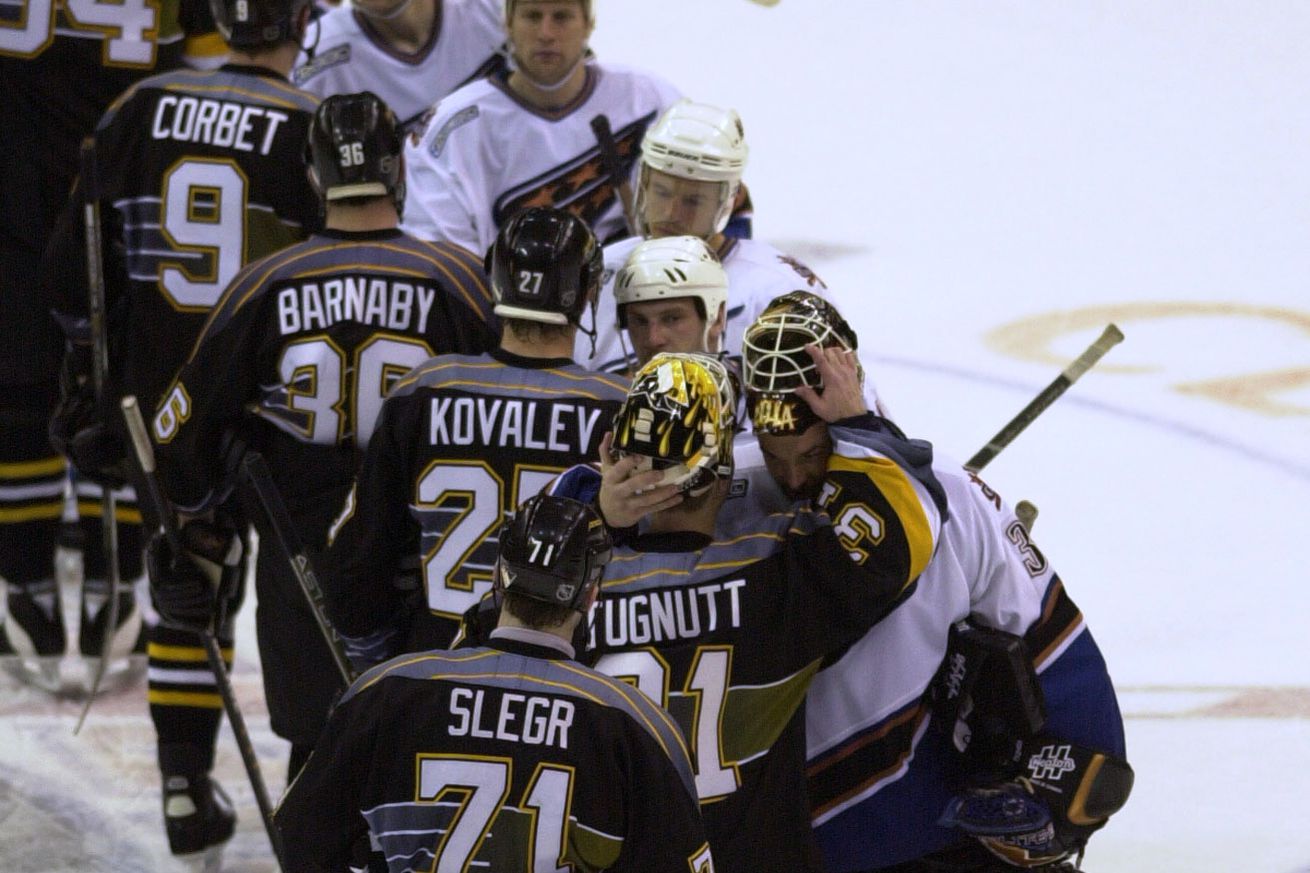 He was willing to give the Penguins all seven games in Pittsburgh.

Here is one you may have forgotten.

During the 1999-00 season the Pittsburgh Penguins and Washington Capitals rivalry was really starting to hit its stride. The two teams had already met in the playoffs five times over the previous decade (with the Penguins winning four of those series, three times overcoming significant deficits in the series) and were set to meet again for a sixth time.

The Capitals finished the season with the better record (14 points ahead) with the third-best record in the Eastern Conference.

That, of course, gave them home-ice advantage in the series.

This absolutely infuriated the Capitals, and honestly, can you really blame them? They earned home-ice, getting those first two games in your building can help you take an early lead, and suddenly that advantage that was earned over an 82-game regular season was taken away from them.

It was at that point that Capitals coach Ron Wilson took part in one of my favorite — and what I think is one of the most underrated — moments in the storied rivalry between the Penguins and Capitals.

“I’ll give Pittsburgh all seven games at their place and we’ll still win.”

How did that series go?

The Penguins went into Washington for Game 1 and delivered an immediate punch to the gut in the form of a 7-0 win.

Janne Laukkanen scored two goals, including the first goal of the game just two minutes in. Jaromir Jagr had four assists. Jan Hrdina and Alex Kovalev each had three points. Ron Tugnutt, in his first playoff start for the Penguins, recorded a 27-save shutout.

When the series shifted back to Pittsburgh for Game 2, the Penguins won in overtime on a Jaromir Jagr goal to take a commanding 2-0 lead.

Game 3 turned out to be a knockout punch when Jiri Slegr scored the game-winning goal in a 4-3 game with just under five minutes to play in regulation.

After dropping Game 4 in Washington, the Penguins wrapped up the series with a Game 5 win in Washington thanks to third period goal from Jagr.

This is what I think a lot of people outside of Pittsburgh and Washington tend to forget. The Penguins-Capitals rivalry did not begin with the arrival of Sidney Crosby and Alex Ovechkin. It was just as fierce — and maybe even moreso — throughout the 1990s and early 2000s. The two teams would meet again the following year (Mario Lemieux’s comeback year) with the Penguins winning that series in five games to continue their decade-long dominance of the rivalry.

Imagine all of this playing out today.

Fierce rivals, an adjusted schedule that took early home-ice away in the series (even though they still had it for the series), the guarantee from the head coach, and then the series playing out the way it did.