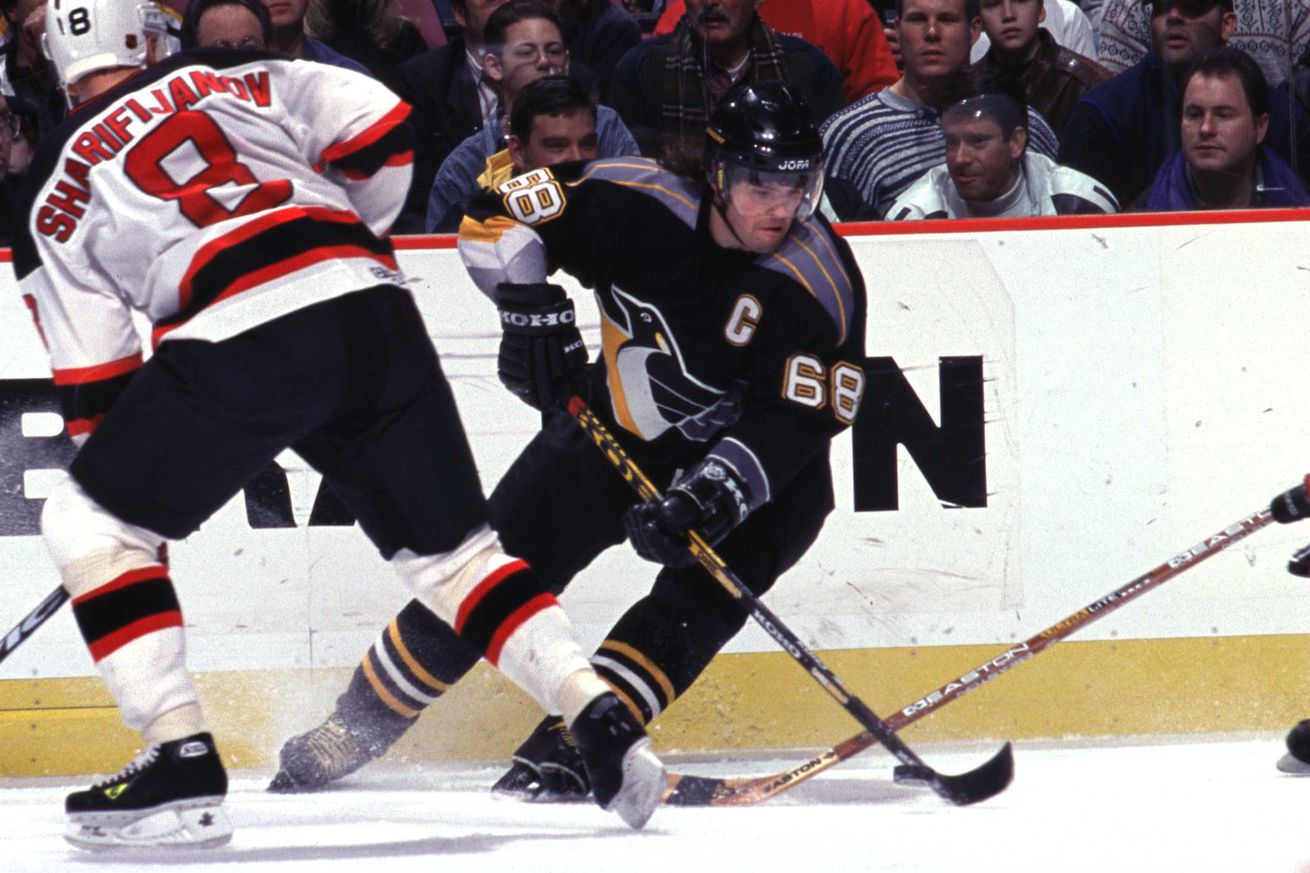 This is one of the single biggest performances in Pittsburgh Penguins history.

Jaromir Jagr had a lot of amazing moments as a member of the Pittsburgh Penguins.

He was a key figure on two Stanley Cup winning teams, won an MVP award, was a finalist three other times, won five scoring titles, and for a stretch in the late 1990s was probably the single biggest reason the team remained a playoff contender.

It is hard to pick out his greatest moment with the Penguins.

His overtime goal in the playoffs against New Jersey during the 1991 Stanley Cup run?

The way he stepped up in 1992 against the New York Rangers when Lemieux was injured?

His goal in Game 1 of that year’s Stanley Cup Final to help complete an improbable comeback against the Chicago Blackhawks?

His falling down goal against the Philadelphia Flyers when he knocked the puck in out of mid-air while laying on the ice?

Any other highlight reel play you can remember?

All of them are great options.

To me, all of them are wrong.

Not only was their season on the line, but the entire existence of the franchise may have been on the line as the future of the team was very much in doubt. They needed a win to not only force a Game 7 in the series, but to help the team get through to the Second Round to bring in desperately needed revenue.

Jagr had only played in one of the first five games in the series due to a groin injury that had bothered him all season (he won the scoring title with 98 points in only 64 games during the regular season) and was set to tough it out for Game 6 of the series.

To say he dominated would be an understatement. It might have been the best game of his career. He scored two goals, the first of which tied the game with under two minutes to play in regulation, and then won it in overtime to send the series to a decisive seventh game.

The Penguins went on to win Game 7 in New Jersey by a 4-2 margin with Jagr recording a pair of assists.

Their cinderella playoff run would come to an end in the second round against the Toronto Maple Leafs in six games, but that First Round win against the Devils was huge financially and gave Jagr one of his signature moments with the Penguins.

Considering the stakes in this game, the way it played out, and Jagr’s performance it would have been the perfect game for a blogging/social media world because everything about it was just completely wild.