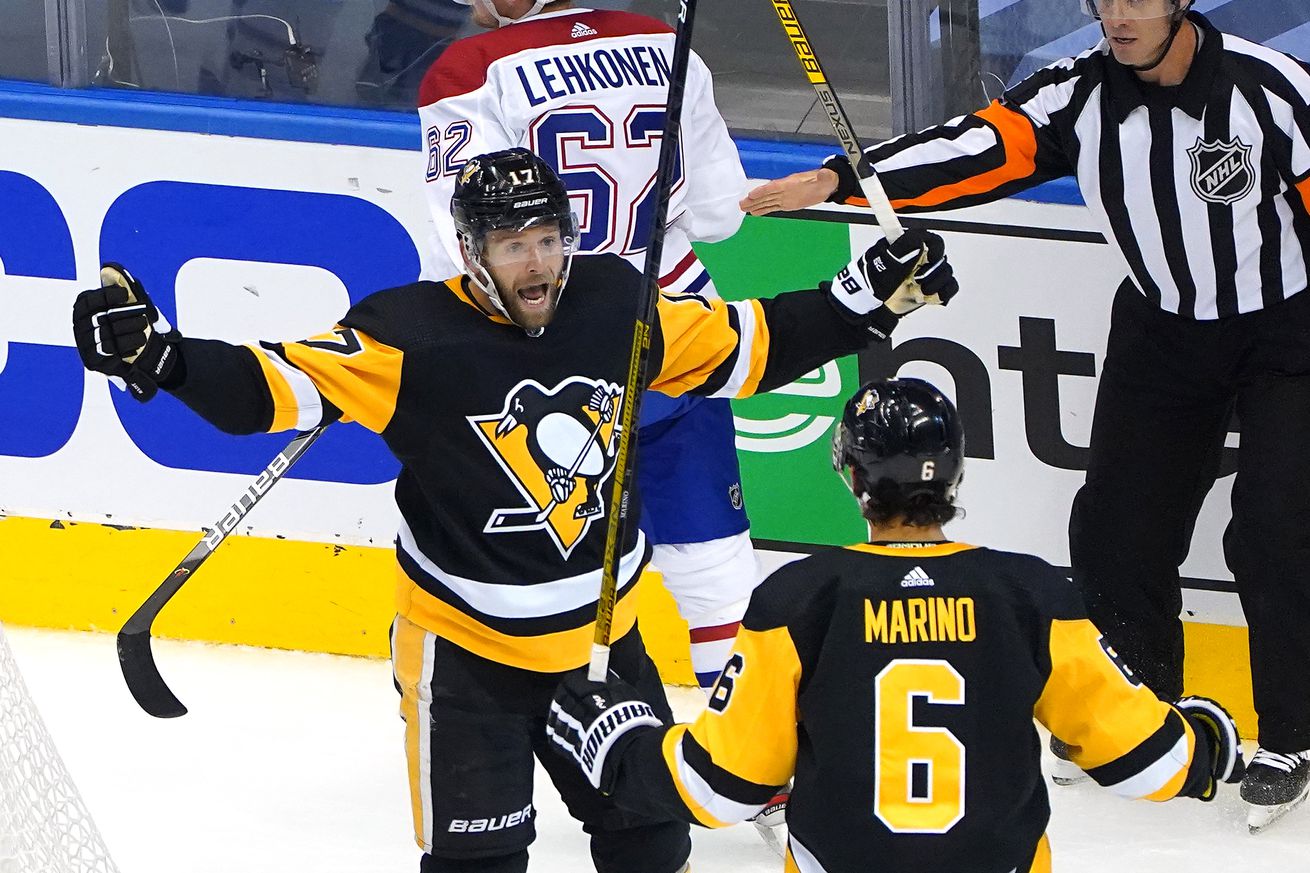 General managers have inquired about Bryan Rust, but Rutherford says he isn’t available. Let’s hope it stays that way.

Yesterday, we learned the Penguins were looking into signing defenseman Chris Tanev as a free agent. Apart of that very same report from Josh Yohe and Rob Rossi over at The Athletic, they discussed the possibility the Penguins could deal away leading goal scorer Bryan Rust this offseason.

Per Yohe and Rossi:

Several NHL general managers have inquired about Rust with Penguins GM Jim Rutherford, who is not actively shopping Rust and would prefer to keep his breakout top-six winger, according to multiple league sources, who spoke on the condition of anonymity due to the sensitive nature of trade discussions.

However, the Penguins have not outright dismissed trading Rust, a team source said. Rutherford would be open to a deal if the return was significant, and the league sources said any trade would need to net the Penguins at least an NHL-ready player and a top prospect. The Penguins don’t think Rust is untradeable, but any deal would require a substantial return.

Given what we know about the Penguins planned cost cutting set to take place this offseason, it makes sense that general managers are hitting up Rutherford to at least test the waters on a player like Rust. It’s reassuring that Rutherford doesn’t seem keen on moving him anytime soon but you never know how quickly plans can change.

This certainly isn’t the first time in his career that Rust has been mentioned as a potential trade piece, but given how he performed last season, even the idea of moving Rust seems highly suspect at this current time. Given what he provides to the Penguins, trading an established player like Rust does more to close the Stanley Cup window than prop it open for a little while longer.

Coming off a career best season in 2019-20, Rust has firmly established himself as a reliable top-six forward in the Penguins lineup and has shown great chemistry with both Sidney Crosby and Evgeni Malkin when on their respective lines. On top of that, he still has two years left on his contract at a bargain price of just $3.5 million a season against the salary cap.

From an analytics perspective, Rust is one of the Penguins best possession players, something we highlighted in our season review last month. Throughout his career to this point, Rust has always been a driver of play when he’s on the ice, some of which can be credited to who he normally plays with, but it also signals just how good of a player he really is as well.

Another point we highlighted in our season review piece was Rust’s impact on special teams. Since breaking into the NHL, Rust has been one of the Penguins best penalty killing forward and now is developing into one of their best power play forwards. Being able to play both ways is an invaluable asset for both Rust and the Penguins.

Right now, all this noise surrounding Rust is simply just that, noise. Thirty-goal scorers don’t grow on trees, and when they do come around, they certainly don’t come with such a team friendly contract. Unless the return is an absolute haul that includes a replacement for Rust (at a reasonable price) and/or prospects and picks, dealing him does little to make them a better team in the present.

When it’s time for Rust to get a new contract in 2022 he will assuredly be do for a raise, but that’s a problem to worry about down the road. If Rutherford is serious about the Penguins being a Stanley Cup contender then Bryan Rust needs to remain in Pittsburgh.